For the variant appearing in the games, see Zinzolin.

ヴィオ Vio
Zinzolin
Zinzolin is a character appearing in Pokémon Adventures, who was a Seven Sage and is an admin of Team Plasma.

Giallo is one of the Seven Sages that was loyal to Ghetsis, scoffing at people for owning Pokémon. After Team Plasma went into hiding, due to their failed operations at the Pokémon League, Zinzolin split with the group. He is quite rebellious, thinking even Ghetsis could not comprehend the importance between Kyurem, Reshiram and Zekrom.

Zinzolin was one of the Sages that stood by Ghetsis and claimed the Pokémon were enslaved by humans. Since he already found info on Zekrom and Reshiram, Zinzolin objected about Gorm's task to research more about those two Legendary Pokémon. Ghetsis calmly replied he was the one that gave out orders, claiming Zinzolin should just think about the plan to liberate Pokémon.[1]

The Seven Sages started to rise in power in Unova region. The Interpol took note of their shady activites, and sent Looker from Sinnoh to deal with the situation.[2]

Zinzolin and the rest of the sages listened to the Shadow Triad's report on N. Ghetsis mused that N was trying to solve an unsolvable formula.[3]

In a castle, Zinzolin and the rest of the sages watched as Ghetsis was crowning N, declaring him as the king of Team Plasma, and announce their mission to liberate Pokémon.[4] Zinzolin was at the Cold Storage, where he observed Cheren and Black confronting the Team Plasma grunts. Upon the latter's defeat, Zinzolin appeared, stating they could not let the Pokémon get harmed, as they were all their king's friends. Zinzolin also introduced himself, and told the grunts to retreat. Black went after Zinzolin, but bumped into an icy mirror, for Zinzolin had been standing from a distance, and was already gone.[5] Cheren went back to the Cold Storage, where he encountered Zinzolin, who was anticipating him. Zinzolin admitted he sensed that Cheren wanted to find the truth about Team Plasma's actions, seeing he was a person pursuing logic.[6]

Ryoku, Giallo, Rood and Zinzolin were at the castle. They were displeased that the Gym Leaders have banded together to stop their efforts in taking the Dark Stone, but Giallo stated that the Shadow Triad has been given powerful forces to stop the Gym Leaders. They also noticed Ghetsis leaving, who announced he would "go underground".[7] Zinzolin took Cheren to the Dragonspiral Tower, to witness N awakening Zekrom, to have Cheren adopt the goals to liberate Pokémon.[6] With the recent incidents of Team Plasma, Black swore to defeat the whole organization, as they were threatening the Pokémon League's opening in question.[8] The Seven Sages, as well as Anthea and Concordia, watched as N struggled to befriend Zekrom. The Seven Sages were concerned, as Zekrom inflicted pain on their king, but Ghetsis reminded N had to do this on his own, in order to be recognized as a hero. The other sages were sad, thinking ordinary trainers would capture Zekrom and think of it as their servant, and was why they thought of their goal to liberate Pokémon as noble.[9]

Zinzolin, disguised as a man named Grey, participated in the Unova Pokémon League, battling trainers to reach the quarterfinals.[10] Per the rules of the quarterfinals, Grey entered a capsule. He was scheduled to battle Iris.[11]

Grey looked at Cheren, who was cold towards Leo after defeating him. Grey was amused, and started singing how cold he was. As the last match of the round, Iris confronted Grey, and mused to herself that she could lose even if a single Pokémon is knocked out. She confronted Grey, referring to him as "Mr. Fluffy", and sent Fraxure against Cryogonal. Iris remarked she may be at a type disadvantage, but she knew a lot about Dragon-type Pokémon. Cryogonal bound Fraxure with the ice chain, while Grey belittled her. Iris encouraged her Fraxure not to give up, and exclaimed they had a reason to win. Grey was annoyed, stating he was being burned by her emotions, which he didn't value. However, Fraxure used its special fangs to shatter the chain and defeated Cryogonal with Rock Tomb and Rock Smash attacks. Grey noted that Iris wasn't bluffing after all, to which Iris confirmed, as she knew a lot about Dragon-type Pokémon and their weaknesses to make countermeasures. She went off, bidding Grey farwell, who was quite annoyed by her.[12]

Watching the finals between Cheren and Black, Grey was amused to see Cheren facing his friend without any regard to his emotions. The Hood Man approached him, noting that Grey was talking that a cold heart drew the strength out. Grey showed that Cheren was the proof of his theory. The Hood Man pointed out while that could be the case, there were many other factors to consider, too, and reminded him about Iris and Marlon. He remarked that Grey using Cheren's cold heart was another way to draw the strength out. Suddenly, Grey had Cryogonal emit its icy chain around White, who was spying on them, and threatened to hurt White if her Sally would attack them. Seeing that Cheren has adopted Team Plasma's ideals, Grey took off his vizor, revealing to be Zinzolin. At this point, Looker had Croagunk bind Zinzolin and Cryogonal with a tape, while the Hood Man took White away. Zinzolin remained behind, and was shocked that, at the end of Black's battle, Reshiram became awakened.[6]

Zinzolin observed as Black awakened Reshiram. Black confronted Zinzolin, holding him by his collar, promising to pay him for toying with Cheren's emotions. Zinzolin, however, praised Black, as he had won the Pokémon League tournament, though find it a shame there was nobody left to witness his victory. Since everyone has evacuated, Black tried to intimidate Zinzolin to give him information as to where was White taken to, and where the Gym Leaders were. Zinzolin told the latter were inside N's Castle, and even promised to take him there himself. Zinzolin activated a remote control, causing the castle to emerge from the ground to call for backup. Zinzolin declared that was N's Castle, and their king, N, was near.[13] Ghetsis overlooked Zinzolin's stubborness, and had him battle the trainers that stood in their path.[14]

The Team Plasma sages were in shock as to how the trainers even reached this place, who exclaimed it was their ideal to live together with their Pokémon, and sharing their dreams with them. The trainers successfully released the Gym Leaders, shocking the sages, as mere commoners have outsmarted them. In the middle of the battle, the sages disappeared from the field.[15]

When speaking to Blake, Leo remembered the Seven Sages that caused trouble during the Unova Pokémon League.[16]

Looker reminded Colress how he participated, named as "Lou-Karr", along with Zinzolin and other participants.[17] Brycen spoke to Cheren and reminded him how he needed to obtain eight badges to participate in the Unova League, just like many challengers had to, including Zinzolin.[18]

Zinzolin was discovered by Colress in the cold storage. Colress wondered why Zinzolin has not answered to his calls, thinking he was scared and ran away. Zinzolin recalled Colress as the Hood Man. Regardless, Colress had his Beheeyem lift Zinzolin up with Wonder Room and recalled Zinzolin had his own desires and goals five years ago. Colress asked about his progress on finding more about Kyurem.[19] Colress knew Zinzolin had investigated more about Kyurem, since he disobeyed Ghetsis' orders and even enlisted for the Pokémon League, then his traces disappeared for two years. Zinzolin claimed Colress was half-right, since Zinzolin discovered there was a third dragon of Unova.Zinzolin was just bluffing; Zinzolin told he joined Team Plasma because nobody appreciated his plans. He explained Kyurem was but a shell of original dragon that split into Reshiram and Zekrom, too. He also exclaimed Kyurem could complete the two dragons. Colress kicked him in the face, knowing Zinzolin went to the Giant Chasm. Zinzolin confirmed this and showed that he obtained Kyurem, who was in the Cold Storage all this time. Colress was amazed and demanded Kyurem to be handed over. Zinzolin was outraged and swore to pay back at Colress for the insults. Colress simply laughed and dared Zinzolin to do it, "if he could".[20]

Zinzolin was insulted and had Kyurem attack Colress, whose Klinklang used Autotomize. Despite Klinklang getting hurt by Kyurem's Glaciate, Colress continued to mock Zinzolin. Colress attempted to take control of Kyurem, but was held by Cryogonal. As Cryogonal went to give the device to Zinzolin, the device was taken by Colress' Beheeyem. Colress also realized that Zinzolin wanted to capture Kyurem and fuse it with Reshiram and Zekrom, to fill in Kyurem's emptiness. Zinzolin remained silent, while Colress had something ambush Zinzolin. Later, Zinzolin was found wounded at the construction site of the Pokémon World Tournament stadium.[21] Blake went to capture Zinzolin. However, Colress had his Beheeyem lift Zinzolin lift up in the air, as Zinzolin possessed a lot of knowledge about Kyurem.[22] Blake, who infiltrated the Plasma Frigate, promised to avenge Keldemaru by defeating the Shadow Triad, but only after they captured Zinzolin and Ghetsis.[23] When Zinzolin woke up, he questioned Colress why would he start freezing cities. Colress, however, wondered why did Kyurem approach Zinzolin, and suspected it was attracted to the energy Zekrom emitted two years ago.[24]

Colress was bored, since he expected Kyurem to absorb Zekrom, as the former was stronger than the latter. Zinzolin smiled, and had information about that, but Colress suspected he wanted something in return for that information. Colress punished him by throwing his shoe, then had his Beheeyem use its psychic powers to torture him. Zinzolin was hurt, and muttered that they needed DNA Splicers for Absorfusion. Zinzolin expected that Kyurem had the item when he caught it, but was surprised to discover that it did not. Colress told this information to Ghetsis, and was surprised when the DNA Splicers appeared in front of Kyurem. He asked Zinzolin whether that was the item, but Zinzolin was too hurt to reply.[25] Zinzolin started to wake up, and upon gaining Colress' attention, muttered something about the Light Ball.[26]

As they were following Kyurem to the Giant Chasm, Colress suspected Zinzolin was giving Kyurem orders. However, since Zinzolin was beaten up and tied up, Colress believed it was N who was communicating with Kyurem.[27] 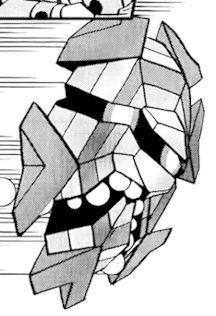 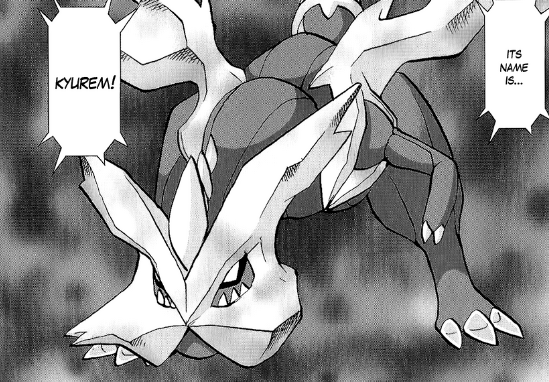 Retrieved from "https://pokemon.fandom.com/wiki/Zinzolin_(Adventures)?oldid=1413156"
Community content is available under CC-BY-SA unless otherwise noted.