For the variant appearing in the games, see Zinnia.

Omega Alpha Adventure 2
Zinnia is a character appearing in Pokémon Adventures, who is the leader of the reformed Team Aqua and Team Magma.

With an air of mystery surrounding her, Zinnia has black hair and brown eyes. Zinnia wears a ragged white cloak with black shoulder pads, gray shorts with a red rope around the hips, black top with two red lunar symbols on her chest, a pair of long gray stockings and toeless boots. Zinnia also wears two spherical red earrings, as well as a Mega Anklet on her left leg, where her Key Stone lies.

Despite being a young girl, Zinnia believes herself to be the destined Lorekeeper, after the former one, Aster (who was her friend), had vanished. Zinnia hopes to find Rayquaza and use the Key Stones she obtained to Mega Evolve it, to use the traditional methods of the Draconids to stop the meteorite from colliding. Despite the other Draconids viewing her as an enemy rather than an ally, Zinnia has even joined forces with Team Aqua and Team Magma, to stop the Devon Corporation from launching a rocket and creating a meteorite to teleport the meteorite away. Zinnia bears a hatred towards that company, and even launched attacks at the president and his son, Steven.

Zinnia was the woman who infiltrated Team Aqua and Team Magma during the Hoenn crisis and gave the leaders information about Groudon and Kyogre.[1][2] She was also appointed as the lorekeeper, after the former one, Aster, had died. However, other Draconids doubted Zinnia was the person to ride Rayquaza and save the world from the crashing meteorites.[3] They shunned Zinnia, thinking she was a hinderance, even if she only wanted to do something to protect the planet.[4]

Zinnia appeared in the Sky Tower, admiring Ruby's Fofo. Ruby tried to talk to her, but nearly fell down the stairs, who were broken from the old age. Zinnia sent her Salamence to attack Ruby and Latios. Ruby was furious his clothes got dirty and revealed that was the same Salamence he fought when he was a child to protect Sapphire. Salamence fired another attack, while Zinnia noticed her Whismur, Aster, is collecting some Poké Blocks. Zinnia went after Aster and fell into Ruby's trap. Ruby subdued Zinnia and asked if her name was Zinnia. Zinnia confirmed and was asked about the danger coming to this planet.[5]

As Zinnia flew on her Salamence, she had thought of Ruby, seeing he was a good kid. She then started to curse the Devon Corporation, then proceeded with the plan the ancestors tasked with her - to protect the world from the meteorite.[6] After flying off the Sky Tower, Ruby had thought of Zinnia, who also confirmed her ancestors had built the Sky Tower itself. He trusted Zinnia as an ally, but wondered what to do, since she was an enemy of Devon Corporation.[1] After being ambushed by three Draconids, Ruby was explained Zinnia was the lorekeeper, but other people doubted she was ready to ride Rayquaza, hence why they antagonize her.[3]

Eventually, Zinnia came to Sea Mauville and stop Mr. Stone and his son, Steven, from completing their mission. She introduced herself to Sapphire, revealing she gave away info to both Team Aqua and Magma about Kyogre and Groudon. Zinnia claimed Devon Corporation was the one making shady deals and ordered the grunts of Team Magma and Aqua she managed to recruit to attack the base. Zinnia had Goodra use Sludge Wave on Steven, then had her Whismur, Aster, take the Dimensional Shifter. Sapphire went to stop her, not certain what this fuss is all about. Zinnia, while fighting Sapphire, explained a meteorite was heading on this planet and Devon Corporation was to make a portal, using the Dimensional Shifter, to teleport the meteorite elsewhere. Zinnia was surprised Sapphire knew nothing of this, while Sapphire realized everyone covered the secret away from her, including Ruby. Nevertheless, Zinnia managed to steal Sapphire's Mega Bracelet and proceeded to take Steven's Mega Stickpin. Mr. Stone asked why Zinnia was trying to stop this project and was told 1000 years ago, people misused Pokémon and nature to send the meteorite away. As Zinnia was to take Steven's Key Stone, she was stopped by Ruby, who Mega Evolved his Mumu. Seeing Ruby was her enemy, Zinnia started to attack him as well.[2]

Having Mega Marshtomp use Hammer Arm, Ruby managed to knock Zinnia off her Goodra, though wished to calm both sides down before the fight escalated. Zinnia told him Sapphire went off somewhere with the Dimensional Shifter, though the ring made by the strange Pokémon. As Goodra's Sludge Wave had become solid, Zinnia tried to take Steven's Mega Stickpin, knowing he was "an ex-Champ". However, Ruby subdued Zinnia and offered his and Emerald's Mega Bracelets instead, which Zinnia accepted, then flew off on her Salamence.[7] Ruby revealed to others when he offered the Mega Bracelet, he took Zinnia's scroll, thinking it is from the Draconid village she came from.[8]

Zinnia was standing on a tree, close to Mossdeep Research Center, wanting to sabotage the launch of the rocket. Just then, Sapphire grabbed her leg, causing Zinnia to fall down. Zinnia saw this as a threat and sent Salamence and Goodra in a Double Battle against Sapphire's Rono and Kiruru.[9] Zinnia wanted to sabotage the launch and believed Sapphire stole her scroll, but noticed a glint in her eyes, making Zinnia aware Sapphire was no thief. Zinnia attempted to leave, but Sapphire jumped onto Goodra and tackled Zinnia, who was very annoyed with Sapphire. Zinnia noticed Sapphire couldn't talk and remembered her own experience, when she encountered the man, Aster, dead. Zinnia continued battling Sapphire, remarking her Aggron developed a bond, since it could battle on its own, without its trainer's commands. Just then, Zinnia's forces - Matt, Shelly, Tabitha and Courtney - came to support Zinnia in her plans, as the members of "Neo" Team Aqua and "Neo" Team Magma. Shelly and Tabitha, being former scientists of Devon Corporation, tried to give Zinnia their suits to protect Zinnia from the launch. Since she had little time left, Zinnia flew off, having her reinforcements deal with Sapphire. Sapphire whistled and summoned Troppy and flew off on him as well, managing to intercept Zinnia. Zinnia, however, was very frustrated and had her Salamence attack Sapphire herself.[10] Once Ruby and Emerald woke up, Toma-Toma showed a footage where Troppy protected Sapphire, but they both fell, while Zinnia succeeded in sabotaging the rocket. Granny, however, spoke how Zinnia wanted to use the traditional methods of Draconids to stop the meteorite.[11]

Once arriving at the ruins of the Pokémon Association in Johto, Ruby saw a part of a band, worn by Draconids. Ruby thought of Zinnia, who saw Devon Corporation as her enemy.[12]

Zinnia flew on Salamence and intercepted Ruby and Sapphire, who were riding Rayquaza. Zinnia linked herself with Aster's spirit, promising she and him, being a duo, will defeat Ruby and Sapphire.[13] Zinnia stated the Draconids will destroy the meteorite, as she had Salamence battle Ruby and Sapphire, who sent Gallade and Gardevoir. Zinnia tried to get Salamence to attack the trainers, rather than their Pokémon. Just as Noivern arrived and attacked, Zinnia told she also had a partner for this Tag Battle, sensing Aster's presence nearby. Once Zinnia's Salamence attacked Ruby, which caused Sapphire to jump from Rayquaza to save him. Zinnia managed to secure Rayquaza and lead it to a cliff. There, she kneeled and wanted from it that she becomes its servant, the lorekeeper. However, Rayquaza refused that and attacked Zinnia, ignoring the Key Stones she gathered and attacked her brutally. Zinnia fell unconscious and was taken to Slateport City. There, Mr. Stone and Steven arrived, which caused Zinnia to wake up. Mr. Stone wanted Zinnia to take his apology for the crimes he did against the Draconids. Zinnia refused, since she recognized arrogance in Mr. Stone's tone. Zinnia pointed out how they used science to capture Rayquaza and how they wanted to create a portal using the Dimensional Shifter, not knowing the meteorite could land on a different planet, similar to their own. Zinnia also cried, thinking how her fellow Draconids pushed her away, deemed her as unworthy of being the lorekeeper.[4]

Emerald encouraged them both to work together, if they wanted to save the planet and apologize to each other. Zinnia explained the lorekeeper is to ride Rayquaza in outer space and destroy the meteorite with Dragon Ascent. She also noted Rayquaza did not need a Mega Stone to evolve, but a lot of Key Stones to bond with it, to let the lorekeeper ride it. However, she explained she only had five Key Stones, which still was not enough. She continued on, telling the lorekeeper may not survive Rayquaza's ozone, which was why the lorekeeper had to be a Draconid. Later on, as preparations to destroy the meteorite were held, Zinnia returned to the Draconids. Steven gave her the Key Stones they found at the Embedded Tower. Zinnia thought Steven's Key Stone was actually Aster's. Steven denied and replied it was from the Mega Evolution Guru, Gurkinn. Regardless, Zinnia was glad the Key Stones were retrieved, but collapsed, with the jar shattering. Ruby and Sapphire visited Zinnia in bed, who was shocked to hear Sapphire would join Ruby to ride Rayquaza. Zinnia reminded them they may not return back, but Sapphire claimed Ruby begged her to join him. Zinnia laughed, but became sad, wishing that she met all of them in different circumstances. Sapphire wished that once she returned, she could talk with Zinnia, with Zinnia agreeing.[14]

Zinnia saw how Ruby and Sapphire were in their space suits. She commented the Key Stones they had on were her own and Aster's. Just as the meteorite crashed, the link to Ruby and Sapphire was cut off, making Zinnia worried about the two. In the end, Zinnia watched as Ruby, Sapphire and Rayquaza flew back to Sootopolis City.[15] 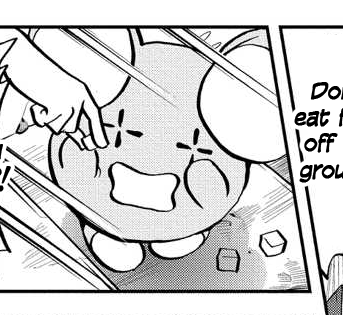 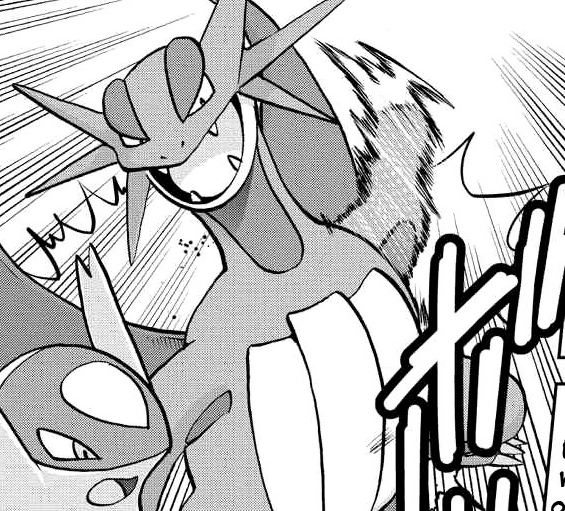 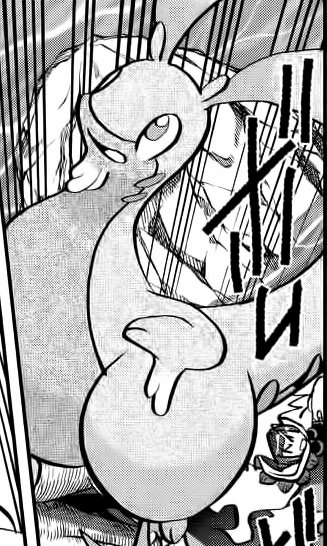 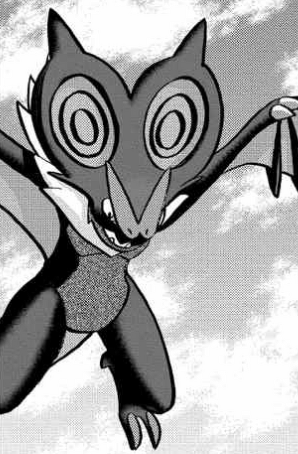 Retrieved from "https://pokemon.fandom.com/wiki/Zinnia_(Adventures)?oldid=1337601"
Community content is available under CC-BY-SA unless otherwise noted.