Zeraora is a bipedal feline Pokémon. It has mostly yellow fur with black lightning bolt designs, which cover its head, arms and part of it legs. It also has black fur on its face. It has blue bolts for whiskers and a blue spike on its head. Zeraora doesn't have a tail but it has long, tail-like fur between its shoulders on its back that takes the shape of a lightning bolt. Its paw pads are blue and its feet are black with three claws.

Zeraora can create a powerful magnetic field by emitting strong electric currents from the pads on its hands and feet. It can use this magnetic field to levitate and move through the air at high speed. Its max speed is said to be about the same as that of a lightning strike.

Unlike other Electric-type Pokémon, it doesn't have an organ within its body that can produce electricity. However, it is able to gather and store electricity from outside sources, then reuses it as its own electric energy. When it uses massive amounts of electricity, its fur stands on end all over its body.

Zeraora does not evolve.

Zeraora first appeared in "The Power of Us", where it served a major role in the film.

Another Zeraora also appear in SM100: Battling the Beast Within!, where it is under the ownership of Dia.

There was also a Zeraora in the opening theme for Pokémon Master Journeys: The Series.

Like Raikou and Manectric, Zeraora is based on a Raijū, a mythical animal that is an embodiment of lightning, sometimes represented as a cat or tiger. It might also be based on the kamaitachi, a weasel-like mythical creature from Japanese myth, (albeit only in concept, as Sneasel is already based on this being) since it has sharp claws and is very fast.

It is likely based on catgirls due to its cat-like ears, feline forearms, humanoid traits, and the long fur on its back resembling both long hair and a tail. These are traits catgirls commonly have.

It may be based on Onis, which are often associated with tiger pelts and lightning much like Electabuzz.

Its shiny form is based on white tigers and possibly the White Tiger of the West, a creature in East Asian mythology that represents the element of metal, as metal conducts electricity.

Considering that Alola is based on Hawaii, it may be based on Kanehekili, the Hawaiian god of thunder, though it is not related to the Tapus.

Zeraora is a combination of the words "zap" and "tora", (Japanese for "tiger"), as well as the Japanese kiai shouts "ora". 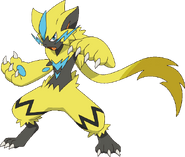 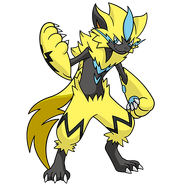 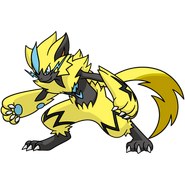 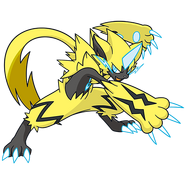 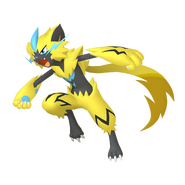 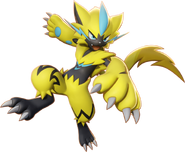 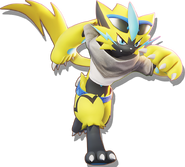 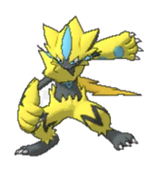 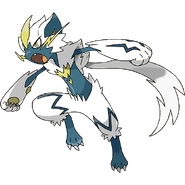 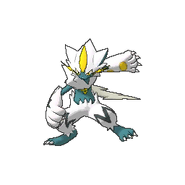 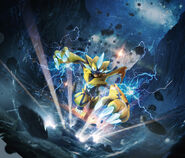