Yveltal (イベルタル, Iberutaru) is a Dark/Flying Legendary Pokémon introduced in Generation VI. It is the mascot for Pokémon Y. It is Xerneas' counterpart and is a member of the Aura Trio, alongside Xerneas and Zygarde.

Yveltal possesses avian and draconian traits. It has large wings and a tail that are red colored internally and black colored externally. It has intense teal-colored eyes with white pupils. When Yveltal straightens its arms in flight, it forms the shape of a Y. Its talons are also Y-shaped. Yveltal is part Flying-type, and based on the concept of the y-axis.

When Yveltal is about to reach the end of its lifespan, it steals the life force of everything living around it, then transforms into a cocoon to sleep.

Yveltal may be based on the eagle that guards Yggdrasil in Norse legend. It may also be based on a carrion bird such as a vulture, which represents death, or perhaps even a twisted inversion of a phoenix (with it symbolizing new life and rebirth while Yveltal represents oblivion and destruction). Its coloring and wing-design also make it similar to the devil's hand plant, a plant stated to "smell worse than death". Yveltal also moves through the air, possibly referencing the Y-axis on a graph, being vertical, as opposed to Xerneas who moves on the ground, representing the X-axis, being horizontal.

Its Shiny coloration resembles raw meat or a decaying carcass, with the white parts resembling exposed, bleached bone with some fragments of decomposed flesh (in red) still attached, which ties into its theme of death.

Yveltal and its Japanese name, Iberutaru, may come from Y (representing the Y-axis), "evil", "quetzal" (a type of bird), and "talon" (a bird's claws). 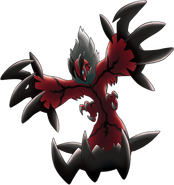 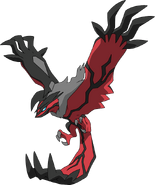 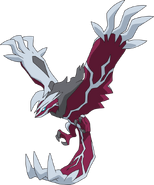 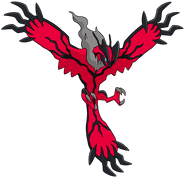 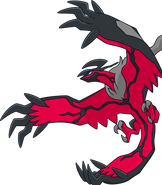 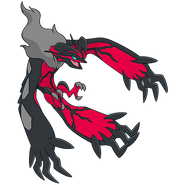 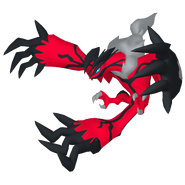 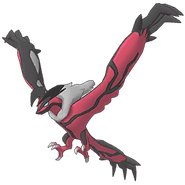 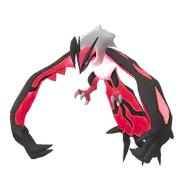 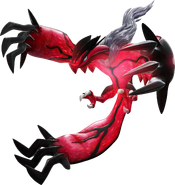 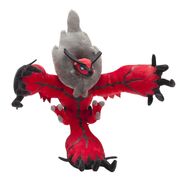 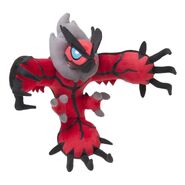 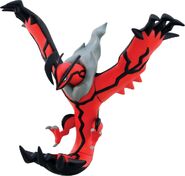