Yuzo is Professor Rowan's assistant in the Pokémon Diamond and Pearl series.

Yuzo is an assistant for Professor Rowan. His debut came in Following A Maiden's Voyage in which a disastrous turn of events occurs in the Pokémon Lab. He does not have many major appearances but one of his main roles in the anime came from the Pokémon Summer Academy in which he assisted Professor Rowan in announcing certain rules and regulations. He also was a teacher during this time. 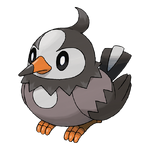