For the variant appearing in the games, see Xerosic.

Xerosic is a character appearing in Pokémon the Series: XYZ, who is the head scientist for Team Flare.

Being the head scientist, Xerosic tolerates no failures and chides the people he gave the tasks to. Xerosic, however, is amazed by the new things he discovers, even if merely watching videos with Lysandre that Team Flare's members sent to him from their "field research". He also takes great pride in his inventions, even if they harm people and Pokémon.

Xerosic is the lead scientist, who gives orders to his subordinates - Aliana, Bryony, Celosia and Mable - to capture Z-1 and Z-2. After Bryony encountered Z-1 (Squishy), who transformed into a hound and was devastated by its attack, she sent Xerosic the footage of Z-1. Lysandre and Xerosic watched the video, making the latter pleased about the power.[2]

Once Xerosic was informed Z-1 came to Terminus Cave, he sent Bryony and Celosia to the Cave. While they couldn't manage to retrieve it, they sent the video of Z-1's transformation. Lysandre and Xerosic watched the video, making Xerosic believe Z-1 has more power than they think and promised to Lysandre Z-2 will be captured soon enough.[3]

Xerosic came to an island with some members of Team Flare. He had the grunts and the admins prepare the machine, with some "Z" Cells being inside the storage. Xerosic ordered the machine to fire and was pleased about the result, since 10 Cells had a lot of power. The following day, Xerosic reported to the leader about the success, since the beam the machine produced caused many giant trees to have grown and the roots to surround the whole island.[4]

Xerosic sent Aliana and Mable to capture Z-2, even having them equipped with special weapons to capture the being. Hearing they failed to capture Z-2, Xerosic claimed Aliana and Mable were pathetic. Lysandre asked if there was someone close to help in capturing Z-2, to which Xerosic had someone in mind. Xerosic sent the word and was pleased Lysandre's disciple, Alain, arrived in time to help Aliana and Mable capture Z-2, who was in the serpent form. Once Z-2 was captured, Mable reported the success to Xerosic and Lysandre, who were pleased the operation was a success.[5] Later on, Xerosic was performing an experiment on Z-2 and commented on how powerful it actually is.[6] After more testing, Lysandre allowed Xerosic to launch the final part of the project.[7] Xerosic was testing a machine in the woods, using green "cells" to power up the machine. This caused some roots to spread wildly out of control and chase some wild Pokémon out, even Officer Jenny and the citizens, who wanted to investigate. Afterwards, Xerosic contacted the headquarters, explaining Lysandre the experiment was a success.[8]

Xerosic came with some of the grunts to Lumiose City. There, he contacted Lysandre and informed him the last preparations for their plan began. Lysandre replied to Xerosic to contact him once the preparations were over. Xerosic had the grunts install the machines, which contained Z-2 and Zygarde Cells.[9] Xerosic also spoke briefly with Lysandre during the Kalos League finals.[10] Xerosic had his team prepare the machinery and let the admins fire a red beam, which took control of Z-2. Eventually, Lysandre arrived and let the plan start and urged Z-2 to become stronger. Lysandre and Xerosic went atop the Prism Tower, where they were delighted to see Z-2, Zygarde, using the power to summon roots throughout the city and causing chaos.[11]

Just as Alain came to Prism Tower, Xerosic told him the director was awaiting him. Alain wanted to know more about Zygarde and Ash's capture, but Xerosic promised Lysandre would explain to him the details.[12] Xerosic watched as the two Zygarde fought each other and grinned. Just as Squishy was to make its counterattack, Xerosic fired the cannon and took control of Zygarde. He also reported this to Lysandre, who was glad the world peace would be achieved even faster.[1] Clemont broke into his Gym with Clembot. After defeating the two grunts, Clemont faced Xerosic. Xerosic commented how Aliana and Bryony did not stop "the little annoying insect" from coming into his Gym. Clemont stated Xerosic controlled Zygarde with his machine and was disgusted, since inventions were supposed to help people and Pokémon, rather than to harm them. Xerosic doubted that and sent Crobat and Malamar to battle. Clemont's Pokémon defeated Xerosic's Pokémon, who called them back into their Poké Balls. Seeing Clembot was hacking into the control system, Xerosic went to stop the robot, but fell down from a trap door.[13]

After the destruction of the Giant Rock and the defeat of Team Flare sometime later, Xerosic made a sudden appearance in front of Ash and his friends when he began stealing Zygarde Cells in a forest. He explained to them that he is planning on creating Neo-Team Flare in hopes of carrying out Lysandre's wicked ambitions. And in doing so, he abducted Clemont as an act of revenge for his trap door trick during the crisis, believing that he could use his intelligence as part of his plan. As he was driving to a new spot, he turned to Clemont, who refused to ally with Xerosic. Xerosic simply stated there was no resisting, since he would use the system he controlled Zygarde with to target Clemont. Clemont wiped his glasses and was affected by the machine. Eventually, Xerosic and Malamar, who stopped at a place to collect more Cells, were alerted of Ash-Greninja. Soon, Ash, Serena and Bonnie arrived, but Malamar fired Psycho Cut on Ash-Greninja. Xerosic took the opportunity to drive away in his vehicle, but Ash-Greninja snuck up under the vehicle. Once far away, his vehicle transformed into an aircraft, which turned invisible. When Ash, Serena, Bonnie, and Ash-Greninja arrived into his vehicle, Xerosic ordered Clemont to seize them. However, Clemont showed he was not really brainwashed, for he had placed a microchip on the side of his head to prevent himself from being controlled. He pointed out Xerosic lost twice by using machines that harmed than helped the world. Outraged, Xerosic battled Ash and Clemont, using his Crobat and Malamar against Chespin and Greninja. Chespin managed to launch itself with Vine Whip around Ash-Greninja to tackle Crobat. As Crobat was hurt by Water Shuriken, Xerosic tried to escape by jumping off his jet, to continue his Team Flare operations. Clemont grabbed him with his Aipom Arm and pulled him back up, ordering Xerosic to repent for his crimes and start making inventions that help people and Pokémon instead of threatening and controlling them. After the jet landed, Xerosic was arrested by Officer Jenny. He asked Clemont what was his strength that gave him hope. After being told Clemont gained experience by travelling with Ash, Serena and Bonnie, Xerosic muttered "friends" and was taken away by Jenny.[14] 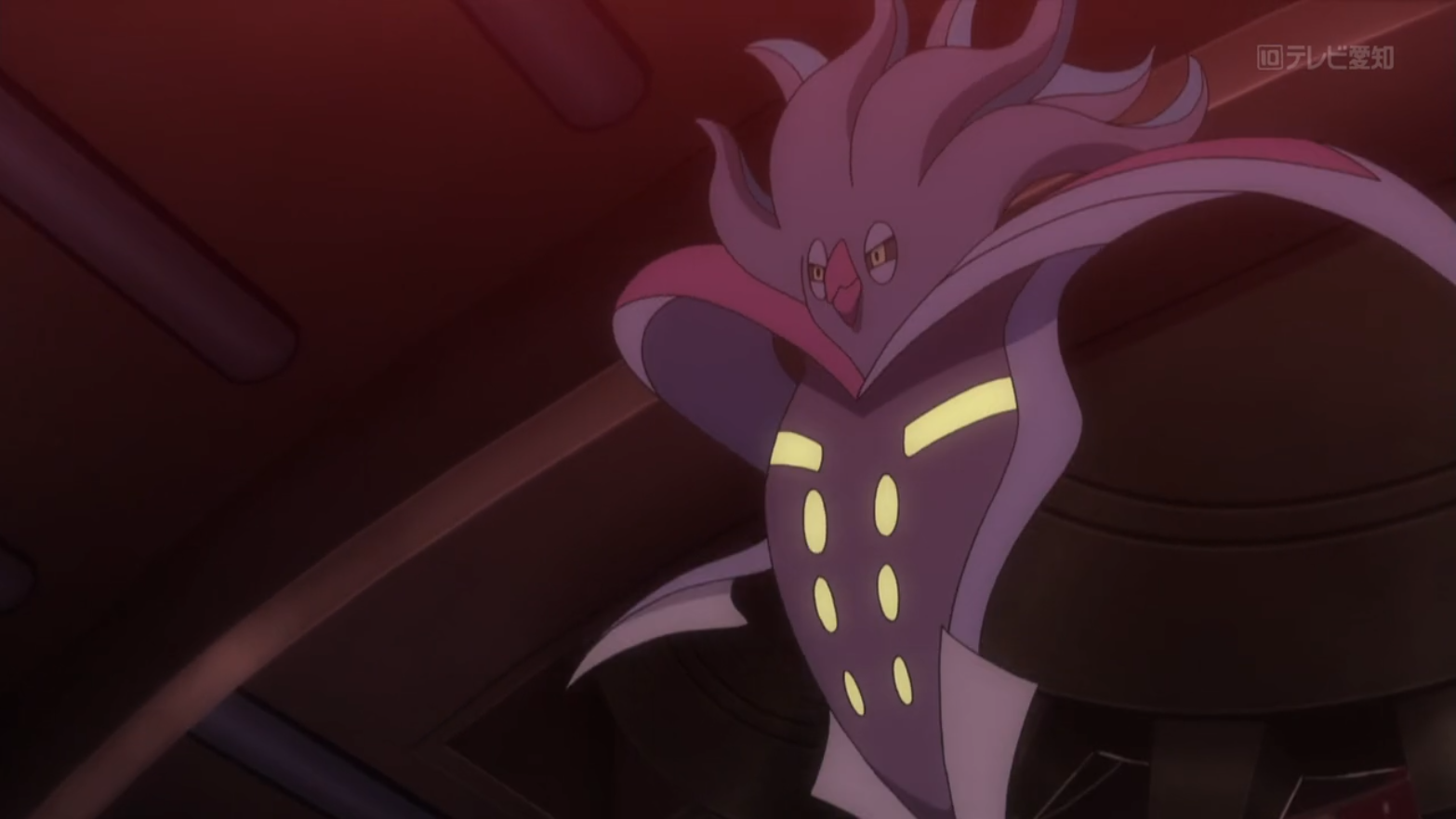 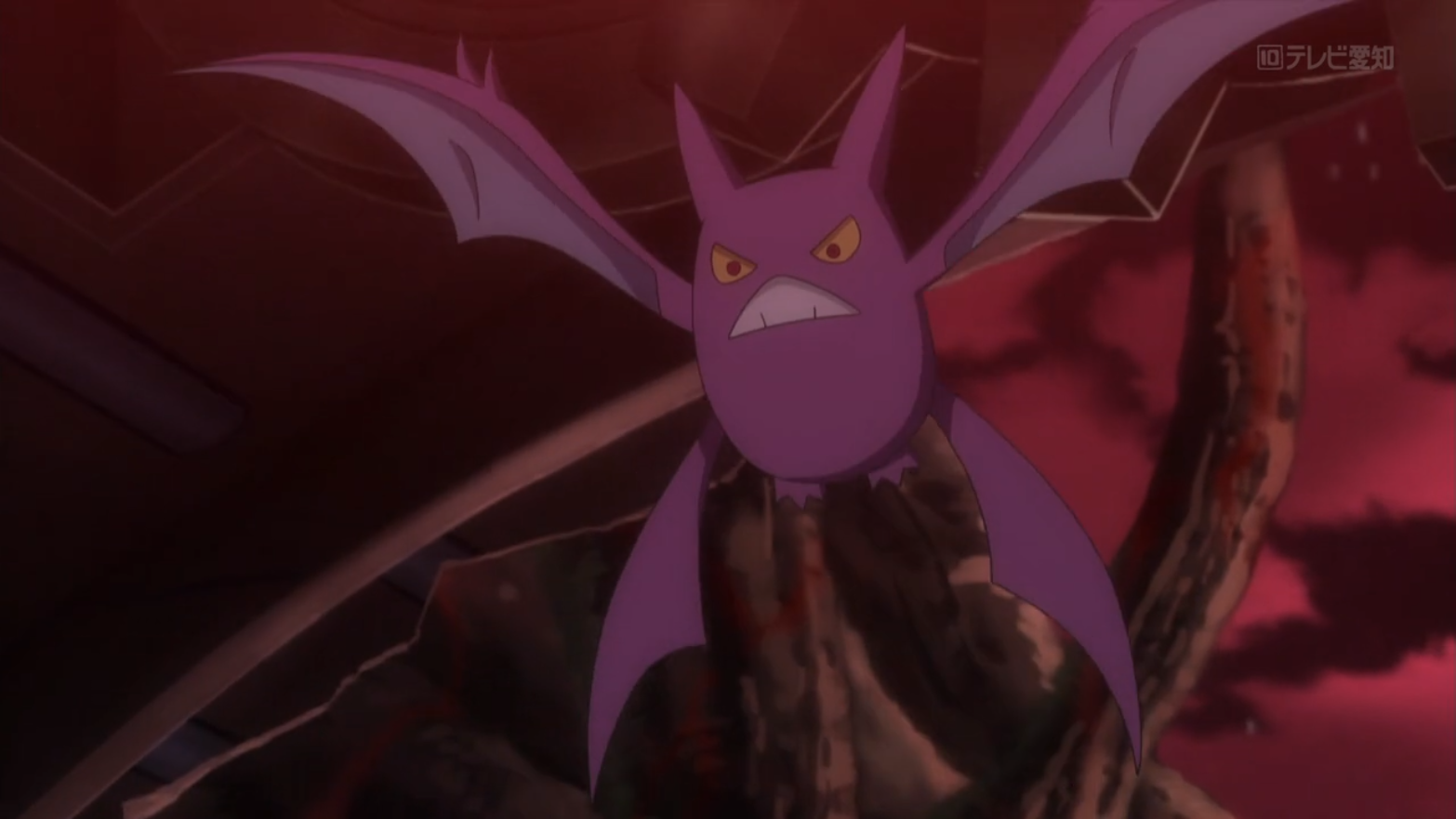 Retrieved from "https://pokemon.fandom.com/wiki/Xerosic_(anime)?oldid=1295262"
Community content is available under CC-BY-SA unless otherwise noted.