Wynaut is small and is mainly blue in color, with a black tail that has one eye on it. Its body makes it appear as if it is wearing a skirt and it has small, ball-shaped feet. Its ears are large and long enough to touch the ground. It doesn't have any teeth when it smiles.

Wynaut evolves into Wobbuffet once it reaches level 15.

Wynaut's name clearly comes from the words "Why not". This is likely due to its fun-loving nature. 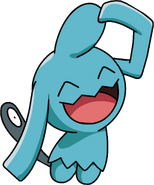 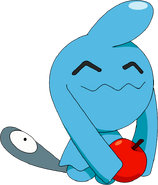 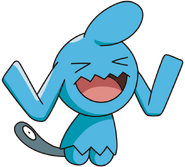 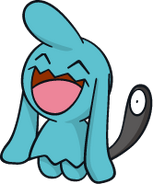 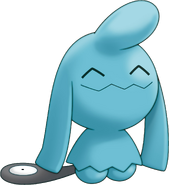