For the variant appearing in the games, see "Wulfric".

All Hail the Ice Battlefield!

Wulfric in other languages

Wulfric's Mega Locket.
Wulfric is a character appearing in Pokémon the Series: XY and XYZ, who is the Gym Leader of Snowbelle City in the Kalos region.

Wulfric is a tall and fair-skinned man with light blue eyes, neatly combed whitish-blue hair (along with a beard and mustache), and a very fat, yet muscular body. He wears a blue winter jacket with red edges that he keeps open, along with a white tank top, black pants, black boots with red heels, and a spiky black furry ruff around his neck. He also wears a locket around his neck that contains a Key Stone.

Wulfric is a determined Gym Leader in battles, to the point when he even becomes slightly impatient. He likes when his challenger is motivated and driven through the battle and wants to see their fiery, burning passion. Wulfric believes progress and victories can be achieved if the trainer really trusts his Pokémon. He wants to see this during the battle and sometimes changes his strategy to see such passion. He also has a slight speaking problem, for sometimes he says "You know..." when describing something.

The name Wulfric may come from "wolf "(which often live in cold environments), "frigid," and "arctic". Following the plant-based naming of most characters, it could also originate from Wulfenia, a plant genus.

His Japanese name, Uruppu, comes from "wolf" and Urup (a cold, uninhabited island between Russia and Japan).

Wulfric battled Sawyer some time ago and was pleased about the great battle they had. Sawyer won and obtained the Iceberg Badge from Wulfric.[1]

Wulfric congratulated the heroes for coming thus far to his Gym. Bonnie was startled by the cold, but Wulfric laughed since the temperature and the atmosphere suited him. Ash Ketchum pointed out he obtained seven badges thus far, so Wulfric saw this was Ash's battle for the final badge. Wulfric warned Ash his strategy was to change, depending on the battle. Wulfric sent Abomasnow, who started a hail, due to its Snow Warning ability. Hawlucha managed to defeat Abomasnow quickly with High Jump Kick, Wulfric recalled Abomasnow sent Avalugg. While Avalugg received a lot of damage by Hawlucha's Karate Chop, it managed to restore its health in the hail, due to Ice Body ability and defeat Hawlucha with Gyro Ball. Ash sent Talonflame and tried to use speed to his advantage, having Talonflame use Flame Charge on Avalugg. However, Avalugg's Avalanche managed to defeat Talonflame. Ash sent Greninja, who tried to attack Avalugg, but his attacks were deflected, due to Avalugg's Gyro Ball. Instead, Greninja managed to freeze Avalugg's legs by launching Water Shuriken, which surprised Wulfric. Ash managed to synchronize with Greninja, who transformed himself into "Ash-Greninja" and deal a lot of damage on Avalugg by using Aerial Ace and Cut. Avalugg managed to use Avalanche, dealing significant damage on Ash-Greninja and froze him by using Ice Fang. With Gyro Ball, Avalugg managed to defeat Ash-Greninja. Wulfric approached Ash and noted him that even though he managed to train Greninja very well, a bond between trainer and Pokémon relies on trust to overcome obstacles, which Ash and Greninja have failed to do.[1]

Ash, who had got over his depression, challenged Wulfric for a rematch. Wulfric noted Ash has gotten stronger and laughed, seeing his determination, for Wulfric wanted a great battle. His referee came to explain the rules, but Wulfric claimed those are but minor details, as he sent Bergmite. Bergmite managed to freeze Pikachu's legs with Icy Wind, allowing Bergmite to evade some of his attacks. Luckily, Pikachu managed to increase his body temperature, negating Icy Wind's effect, negating Bergmite's Rapid Spin with Quick Attack and defeat it with Iron Tail. Wulfric was impressed and sent Avalugg in the battle. Avalugg attacked with Gyro Ball, so Pikachu slammed the icy ground with Iron Tail, but was defeated by Avalugg's Stone Edge. Ash sent Talonflame, who easily defeated Avalugg by using Flame Charge, while Wulfric recognized a fiery passion in the two. For his final Pokémon, Wulfric sent Abomasnow, claiming the real battle has just started. Talonflame tried to use speed to its advantage but was stopped and defeated by Abomasnow's Wood Hammer. Ash sent his ace, Greninja, who managed to inflict heavy damage with Aerial Ace and Water Shuriken, as well as countering some of Abomasnow's attacks. After Greninja got hit by Wood Hammer, Ash synchronized with Greninja, who transformed into Ash-Greninja, which impressed Wulfric. However, Wulfric sensed Ash's goals and desires, and to "reward" Ash and Greninja, he Mega Evolved his Abomasnow, surprising everyone in the process. Mega Abomasnow managed to counter Ash-Greninja's moves and even hit him with Wood Hammer. Once Mega Abomasnow used Ice Shard, Ash-Greninja countered the attack with Cut. This froze the blades, allowing Ash-Greninja to circle around Mega Abomasnow. Ash-Greninja fired Water Shuriken, which Mega Abomasnow froze with Ice Punch. Soon after, Ash-Greninja damaged Mega Abomasnow with Aerial Ace and threw it in mid-air. After falling down, Abomasnow was defeated. Wulfric pointed out Ash and his Pokémon trusted each other and gave Ash the Iceberg Badge for his victory. Wulfric admitted he did like Ash for his determination and asked how will this determination go in the Kalos League.[2]

Wulfric was seen watching Lysandre's broadcast from Lumiose City where he revealed that he was the leader of Team Flare.[4]

Ash remembered Wulfric and his Abomasnow fighting the Giant Rock with the rest when he was reflecting back on his journey.[7] 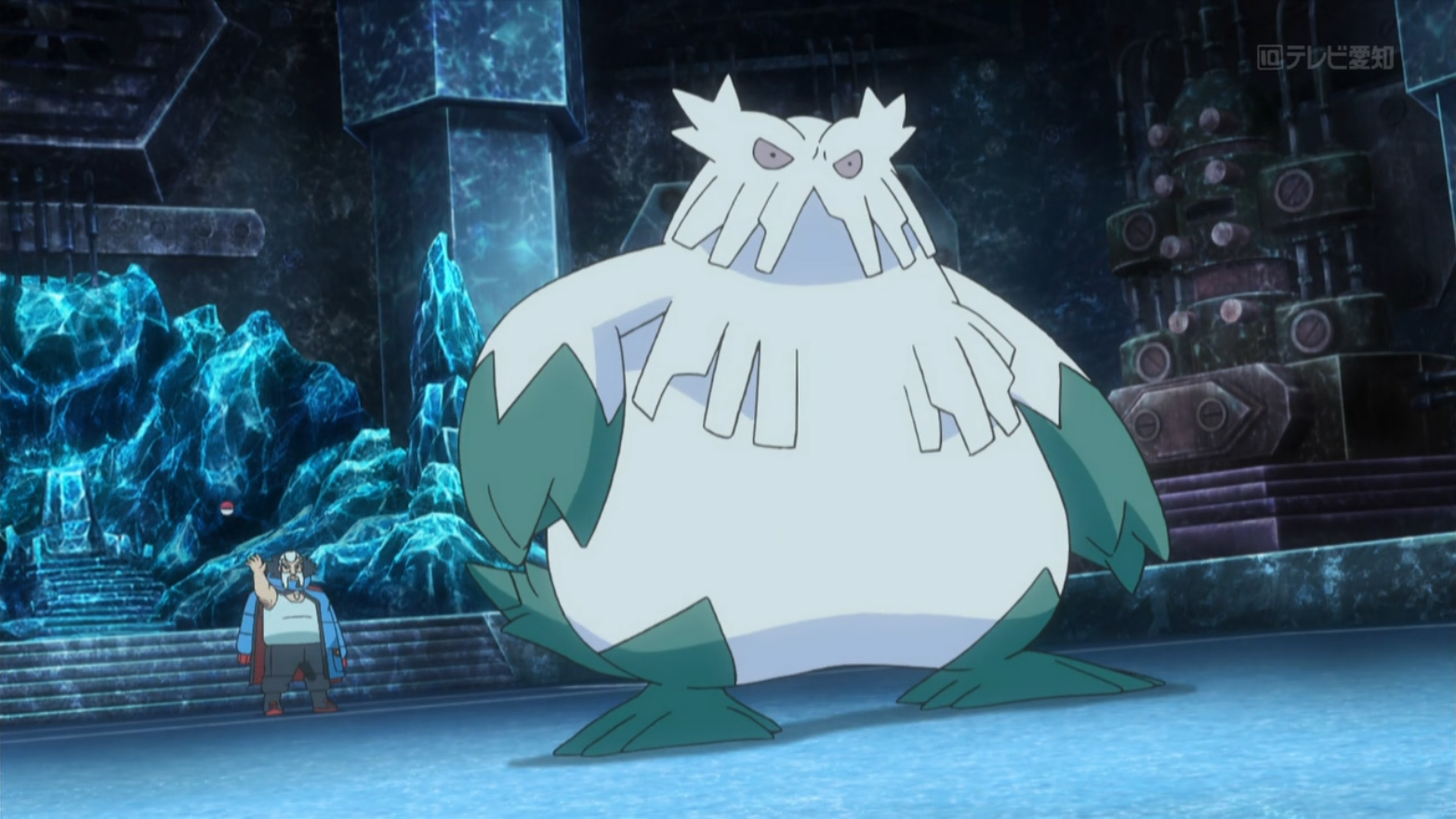 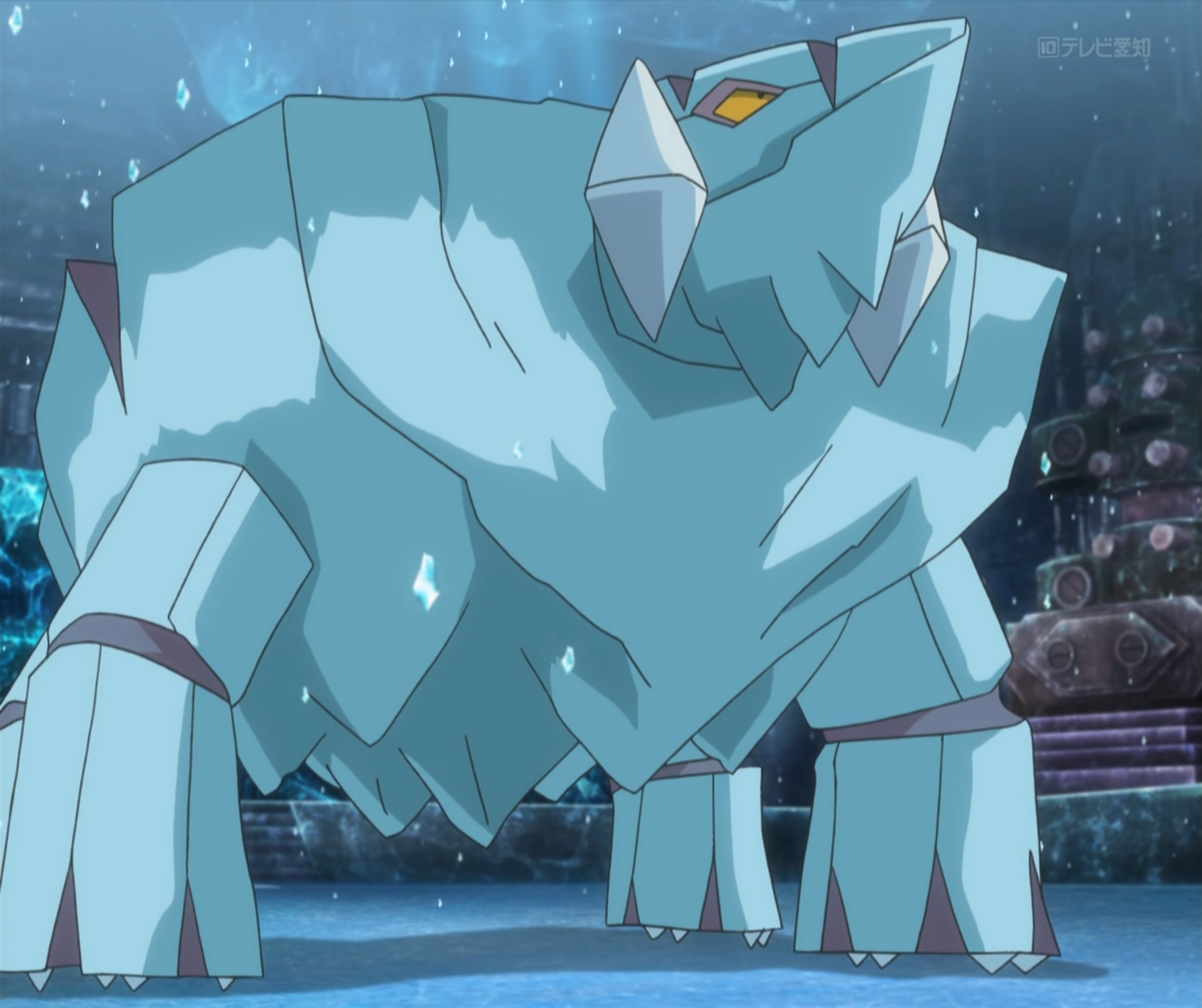 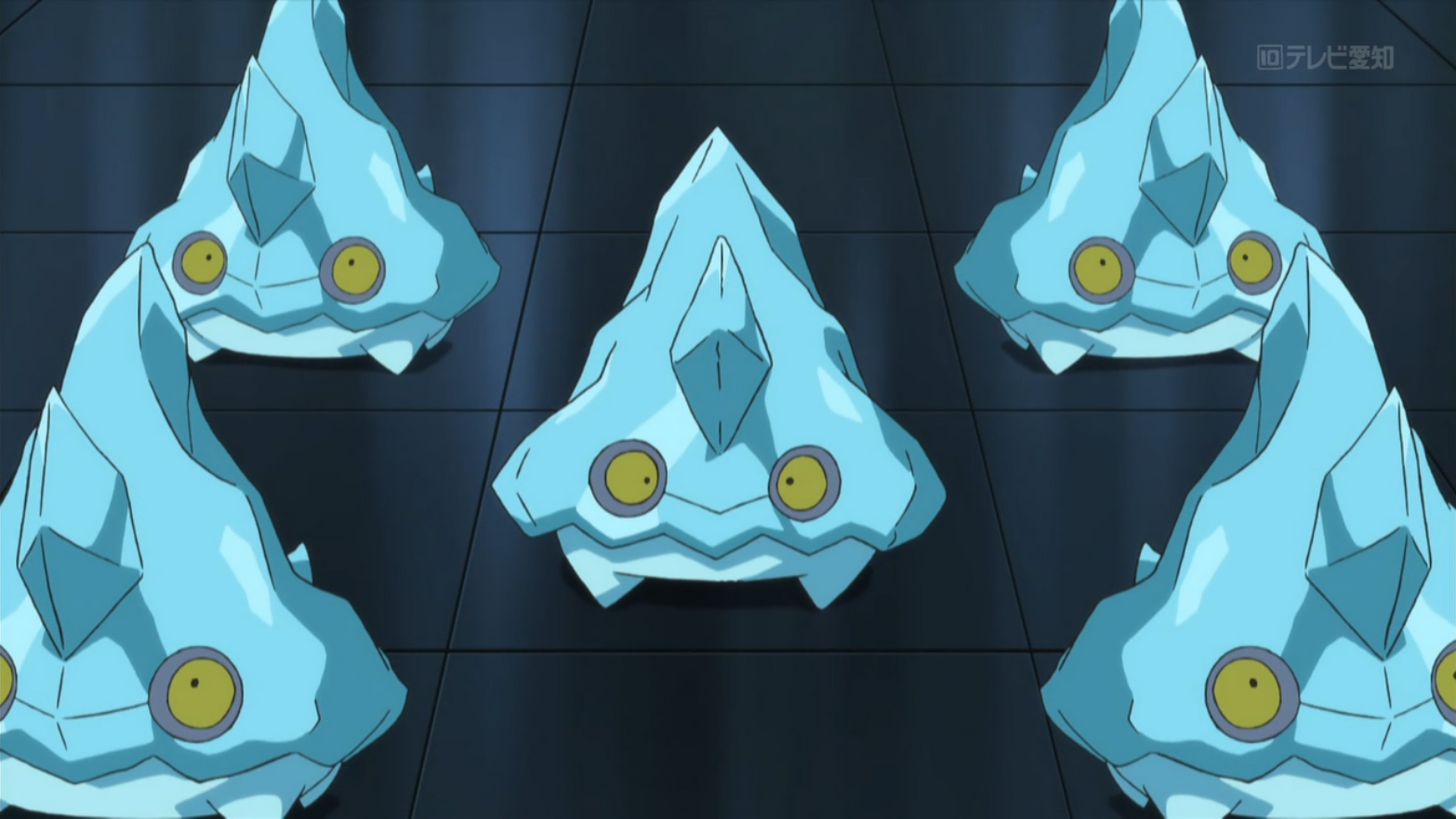