Wooloo has white fleece and the rest of its somewhat plump body is dark brown, with gray fleece in style of braids, and a little bit of pink in its ears and on its nose. It has two tiny horns on both sides of its head.

Timid and docile, Wooloo prefer staying in herds and follow their lead. When facing a problem, they would rather roll away as a method to avoid it.

Wooloo's wool never ceases growing in their lifetime. Even when sheared, they will return to their original woolly appearance only in three months' time. The wool can provide immense warmth, which explains its being used to produce Galar's specialties — namely, clothes and mats.

It evolves into Dubwool at level 24.

Wooloo is based on a sheep and possibly a cotton ball. While its shiny form, with its inverted colors, gives it a closer resemblance to a black sheep. The ubiquity of Wooloo and Dubwool on the wild in the Crown Tundra is a reference to the high population of sheeps in Scotland.

Wooloo and Ūrū may be derived from the words "wool" and "loom". It may also derive from "woohoo", an interjection used by people when doing something fun, referring to Wooloo's habit of rolling away from enemies as specified in their Pokédex entry. 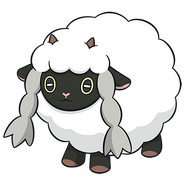 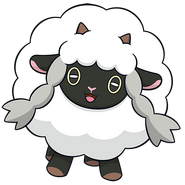 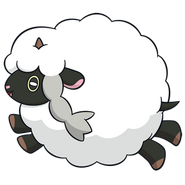 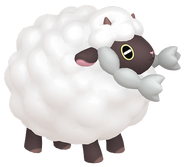 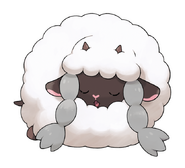 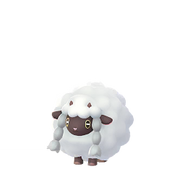