Wobbuffet is the evolved form of Wynaut. Level up Wynaut to level 15 to obtain this Pokémon.

In the anime, Wobbuffet is a member of Team Rocket, owned by Jessie. It is always causing havoc, and sometimes ruins their plans. Despite this, it's also one of Team Rocket's most powerful Pokémon, being able to defend them from even the most powerful Pokémon's Hyper Beam with its Counter and deflecting Pikachu's Electro Ball using Mirror Coat. It also constantly pops out of its Poké Ball, similarly to Misty's Psyduck, Ash's Oshawott, and Clemont's Chespin.

Wobbuffet and its pre-evolution are based on the Okiagari-koboshi doll, a Japanese doll with squinted eyes that bobs back and forth when pushed. It may also be based on the Japanese comedian Sanpei Hayashiya, who was often known to pose in a way that involved him touching his forehead and repeating the phrase ""That's the way it is, ma'am", which is a rough translation of Wobbuffet's Japanese name. Wobbuffet's design may be based on a punching bag, as it will often swing or attack back when punched or attacked.

Wobbuffet comes from the words wobble and buffet 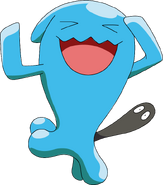 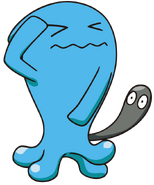 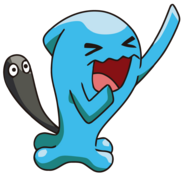 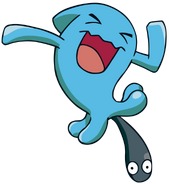 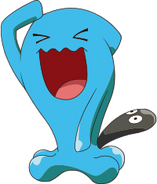 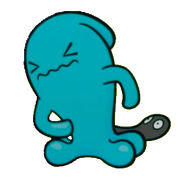 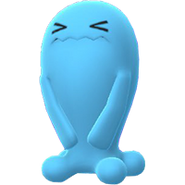