For the variant appearing in the games, see Wikstrom.

Wikstrom is a character appearing in Diancie and the Cocoon of Destruction, who is a member of the Elite Four of the Kalos region.

Wikstrom is a tall, heavily-built man with black spiked hair and pale skin. His eyes are bright blue. He is fully clad in silver and gold knight's armor, and he has a six-pointed golden star on his forehead.

Wikstrom and Diantha had a battle in a stadium infront of masses of spectators with their Pokémon, with Diantha choosing her Gardevoir, which Mega Evolved at the beginning of the battle with Scizor. Mega Scizor attacked with Night Slash, but Mega Gardevoir used its psychic powers to dodge it by gliding across the ground. Mega Gardevoir used the chance to use Moonblast, which defeated Mega Scizor and made Mega Garevoir and Diantha the winners of the match.[1] 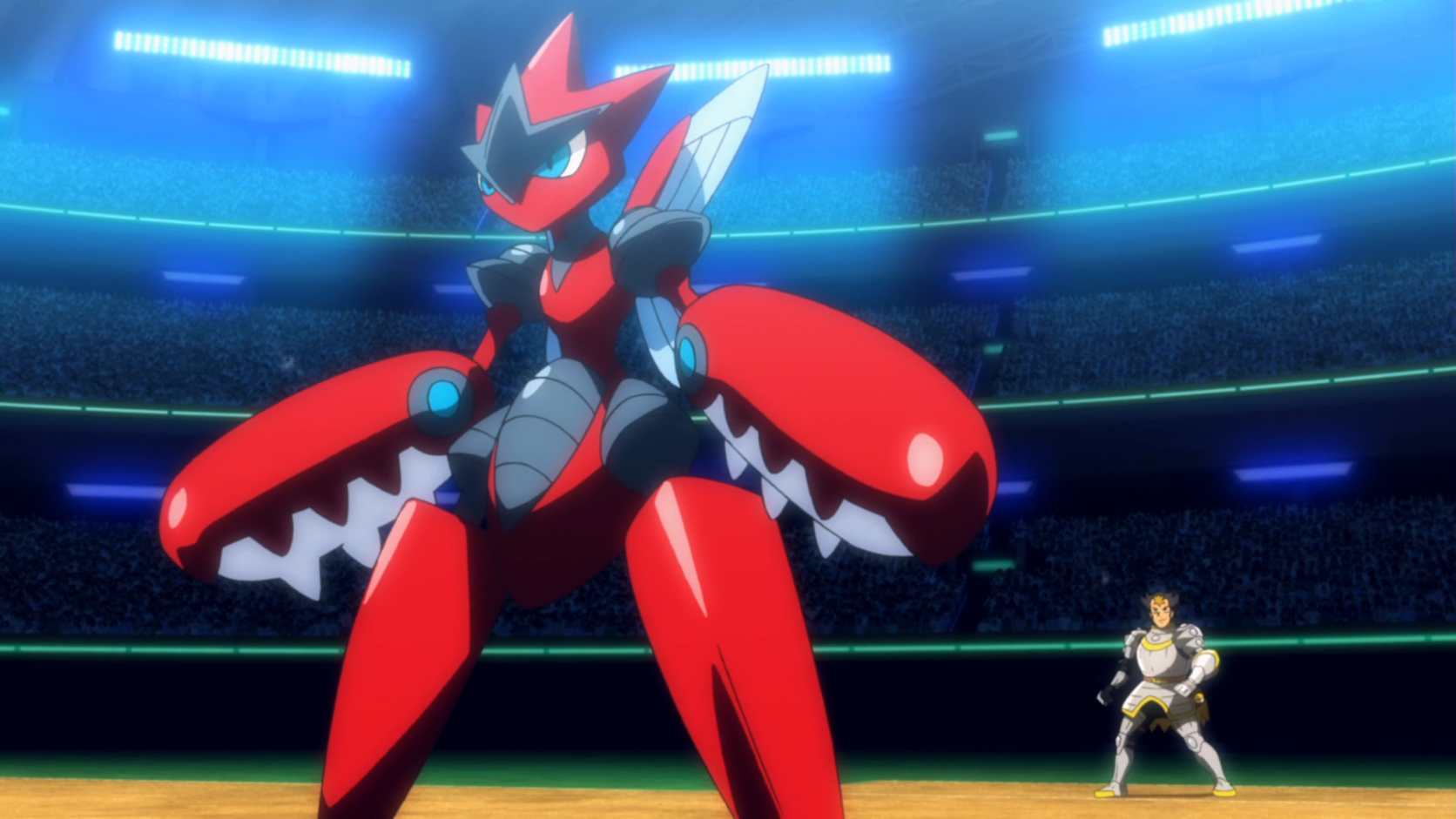 Retrieved from "https://pokemon.fandom.com/wiki/Wikstrom_(anime)?oldid=1118248"
Community content is available under CC-BY-SA unless otherwise noted.