For the variant appearing in the games, see "Whitney".

Whitney in other languages

Whitney is a character appearing in the anime series, who is the Gym Leader of Goldenrod City in the Johto region.

Whitney is an athletic and lithe young lady. She has fair skin, pink hair that is usually pulled into two ponytails with two small yellow barrettes, and light pink eyes that match her hair color and overall personality. Whitney wears a white shirt with pink stripes on the sleeves, ends, and down the middle, along with two yellow triangles to the left of her chest. To complete her outfit, Whitney wears small white shorts, black socks that reach her shins, and sporty sneakers that match her shirt, albeit with a blue strap and triangle on the sides.

Whitney makes a lot of mistakes and messes up a lot of time, mostly because of her forgetfulness. This is not the case during battles, as she has her ace, Miltank, use Rollout to deflect her opponent's attacks and attack in turn, knowing that move is hard to battle against. Like most girls, Whitney also likes shopping.

The name Whitney comes from "white" (the color associated with the Normal type) and possibly "whiny" (referencing her behavior after the player wins against her).

Her Japanese name, Akane, originates from 赤ちゃん (akachan, baby, either referencing her love of cute Pokémon or the crying fit she has once defeated) or 赤べこ (Akabeko, a legendary cow in Japanese mythology, as she has a Miltank (and later a Tauros) on her team). Following the plant-based naming of most Gym Leaders, it may also involve 茜 (akane, the Japanese name of the madder plant).

Whitney, who had a day off, tried to get her Clefairy back, who had accidentally bumped into Ash's Pikachu. To make Pikachu feel better, Whitney kissed him on his head, which made Brock try to flirt with her and get pulled away by Misty. Whitney decided to take Ash, Misty, and Brock around Goldenrod City. However, Whitney got confused and took them to a lot of places, including a barber shop for Pokémon, and the Arcade before arriving to the Galleria. Whitney was nervous and tried to show them around more, before she bashed into a non-automatic door. As they were doing shopping, Whitney lost her Clefairy, who got stolen by Team Rocket. The heroes, along with Whitney, tracked Team Rocket to a train station, where Team Rocket swapped Clefairy with Pikachu. Using Thunder, Pikachu managed to speed up Team Rocket's cart and blast them away. Whitney decided to open her Gym and battle Ash. During the battle, Whitney's Clefairy and Nidorina got quickly defeated by Ash's Cyndaquil. However, Whitney sent out Miltank, who repeatedly used Rollout and managed to defeat Ash's Cyndaquil, Totodile and Pikachu with relative ease. Whitney called her Miltank back and told Ash he can have a rematch with her whenever he wanted.[1]

The next day, Whitney came to visit the heroes and took them to her uncle's dairy. There, Whitney greeted her uncle and suggested everyone should have some of his local Moo Moo Milk. The heroes were amazed, while Whitney told them that they used some of the milk to make cheese and other dairy products. Just as she was to get some, she found Team Rocket, who were stealing the food. Team Rocket tried to escape, and were blasted off once more by Miltank's Rollout. Ash wanted to learn more about Miltank, so Whitney gave him a job to brush Miltank, thinking he could learn a thing or two. After Ash got kicked by Miltank, Whitney realized she forgot to say that Miltank don't like their tail getting pulled, even if it was for brushing. Whitney had her Miltank train its Rollout attack before Team Rocket arrived and snatched Miltank and Pikachu. Ash, who had Cyndaquil and Totodile create a trench, defeated Team Rocket and retrieved Whitney's Miltank and his Pikachu back. Ash decided to battle Whitney for her Gym Badge on the field, a challenge Whitney accepted. Whitney's Miltank continued using Rollout, but Ash had Cyndaquil slow it down, having Totodile use Water Gun to create trenches and Pikachu to hide in one of them. Just as Miltank was passing through a trench, Pikachu used Quick Attack, which stopped Miltank's Rollout and defeated her with Thunderbolt. Whitney decided to give out her badge, knowing Ash proved himself worthy of it, even if they didn't battle in a Gym.[2]

When Team Rocket stole Ash's badges, Ash was searching for the lost badges. He also remembered his battles with the Johto Gym Leaders, including Whitney and her Miltank, as Ash and his Pokémon won those badges through hard effort.[3]

She, along with Morty, were mentioned by Lyra, who was unable to decide whom to challenge next for her third Johto badge.[4] 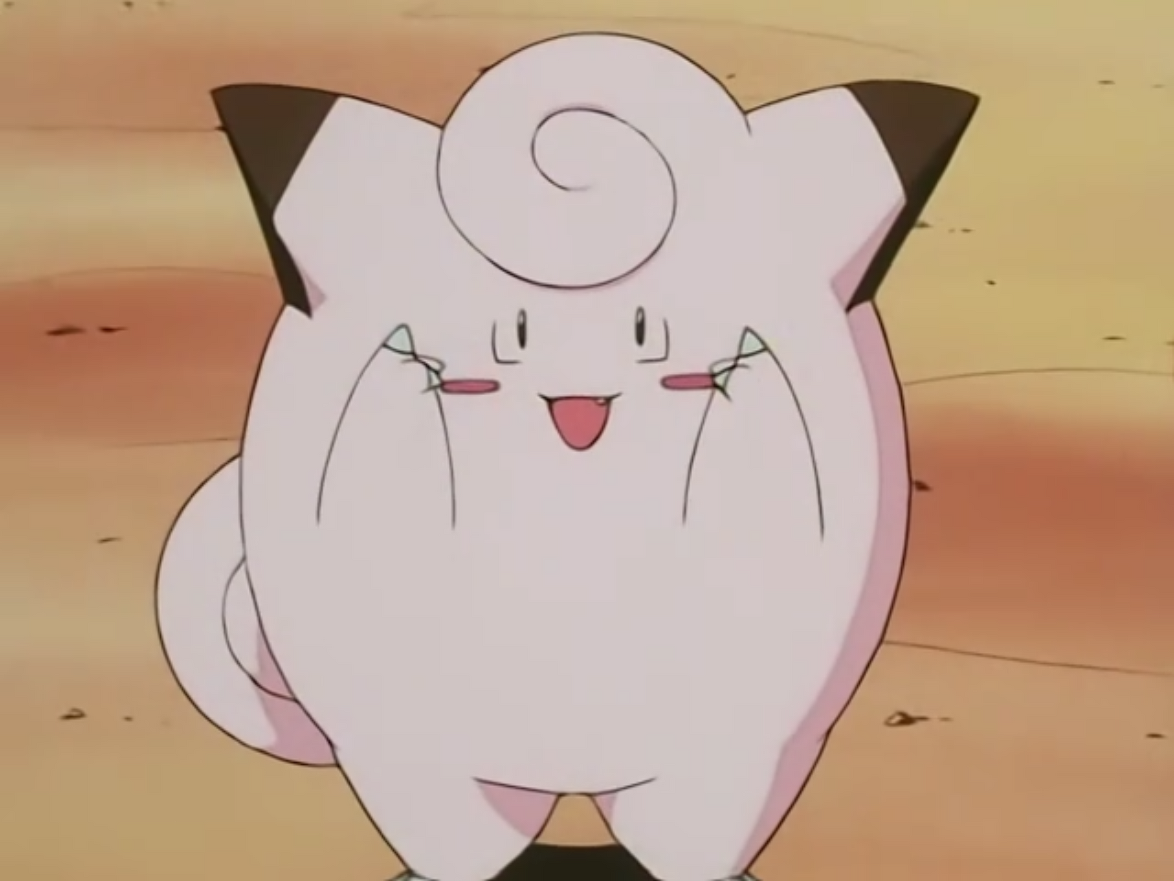 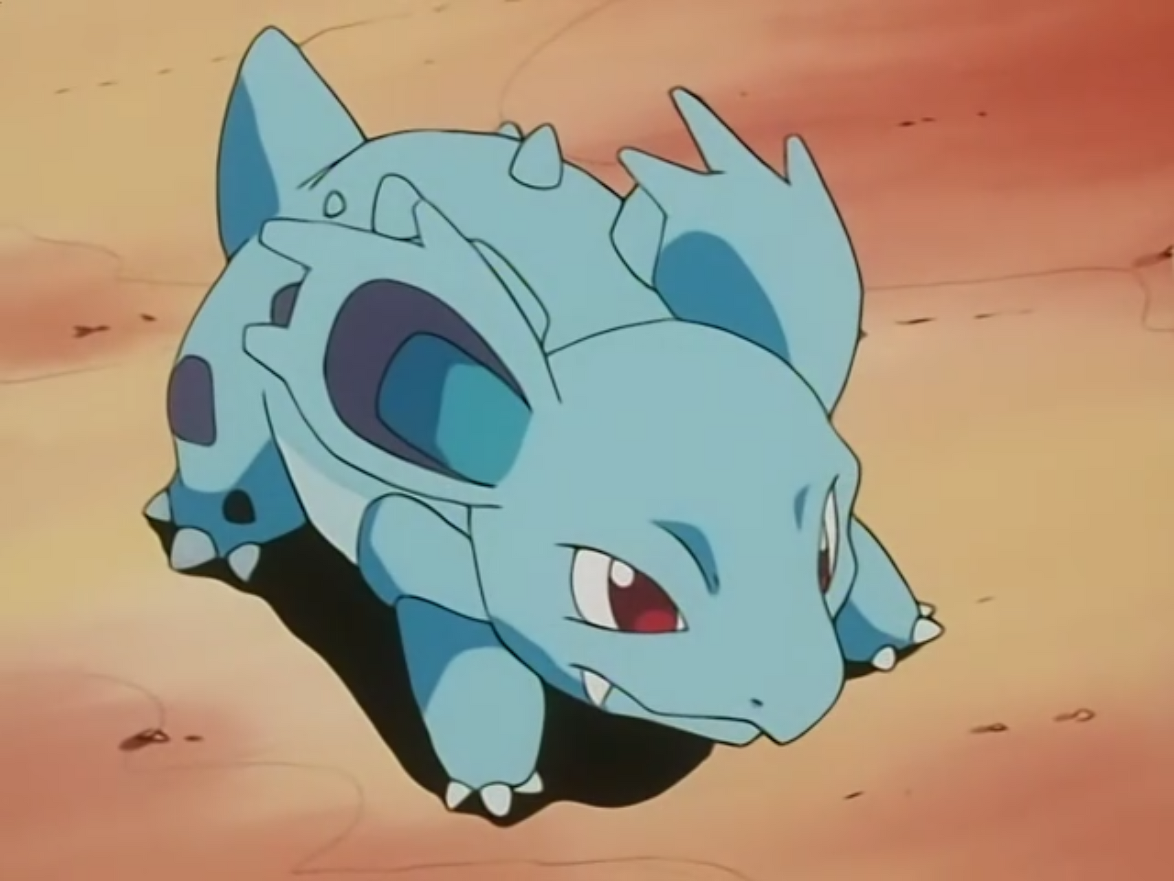 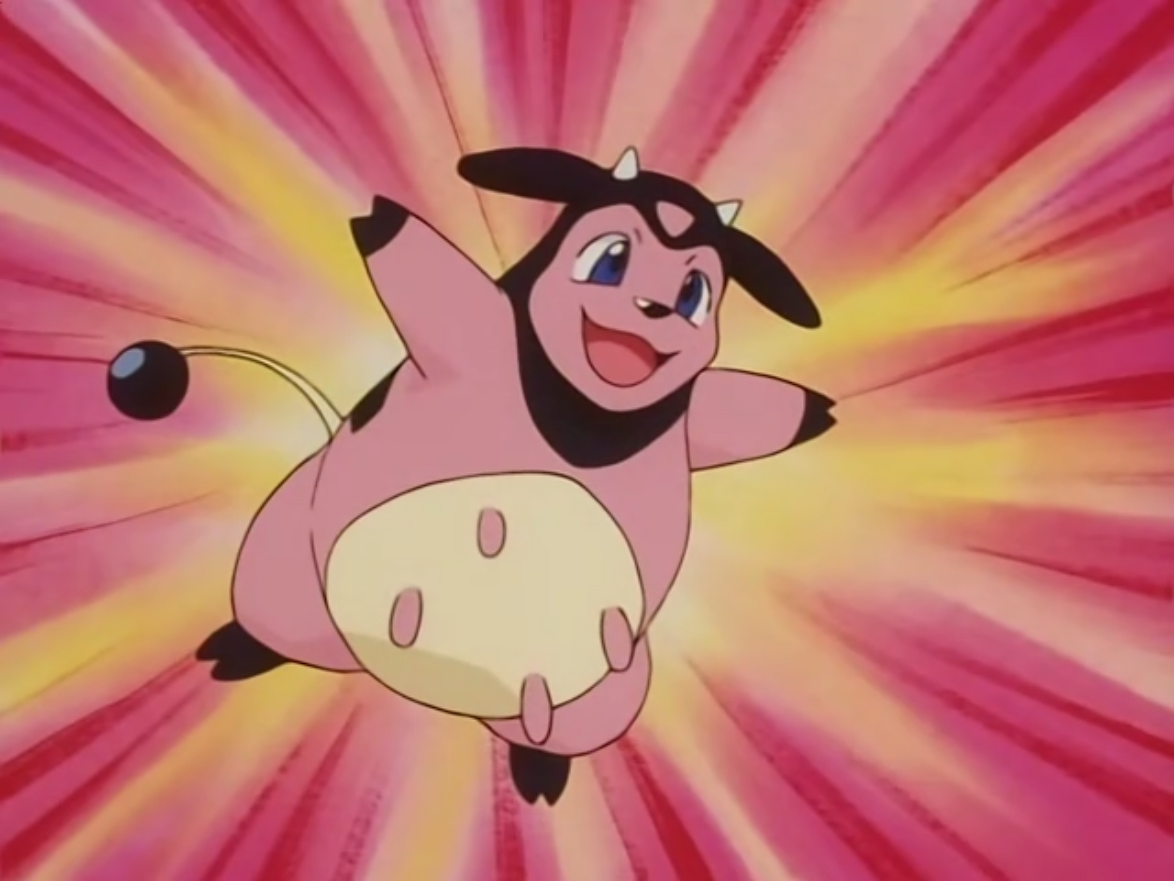