Watt is a character appearing in the Advanced Generation series.

Watt is the Gym referee and dictated the Gym battle against Wattson and Ash. After the battle, Watt noticed how Wattson was actually quiet. Moments later, Watt noticed Wattson had departed and went to the Pokémon Center to tell everyone about it, learning that Ash's Pikachu was overpowered, thus causing Wattson to lose the Gym Battle. They found him at the abandoned power plant, where he encountered Team Rocket, who stole the Electric-type Pokémon, including Pikachu and Electrike. Fortunately, Pikachu and Electrike managed to free themselves and blasted off Team Rocket. Wattson, upon being told about his battle with Ash, decided to let Ash keep the badge and continue being the Gym Leader, which made Watt very happy.[1]

Once Wattson and Watt saw the heroes in trouble, they ran off to help them. Wattson had Manectric use Thunder Wave, but failed, since the balloon was electric-proof. Instead, Watt's Ampharos freed the Pokémon with Iron Tail. The heroes were glad Wattson and Watt helped them out. While Ash and Wattson decided to battle, May accepted Watt's request to battle. Before they entered the Gym, Watt stopped the heroes, since Wattson had modified the Gym with even more tricks than before. After making a detour, Watt and May started off their battle, with Watt sending Ampharos against Skitty. Ampharos was overwhelmed by Skitty and attacked her with Iron Tail, but was defeated by Skitty's Assist and Double Slap combination. Once Ash and Wattson had their battle, Watt told May there was a Contest in Verdanturf Town. In the end, Wattson and Watt bid the heroes farewell, who decided to go to Verdanturf Town.[2] 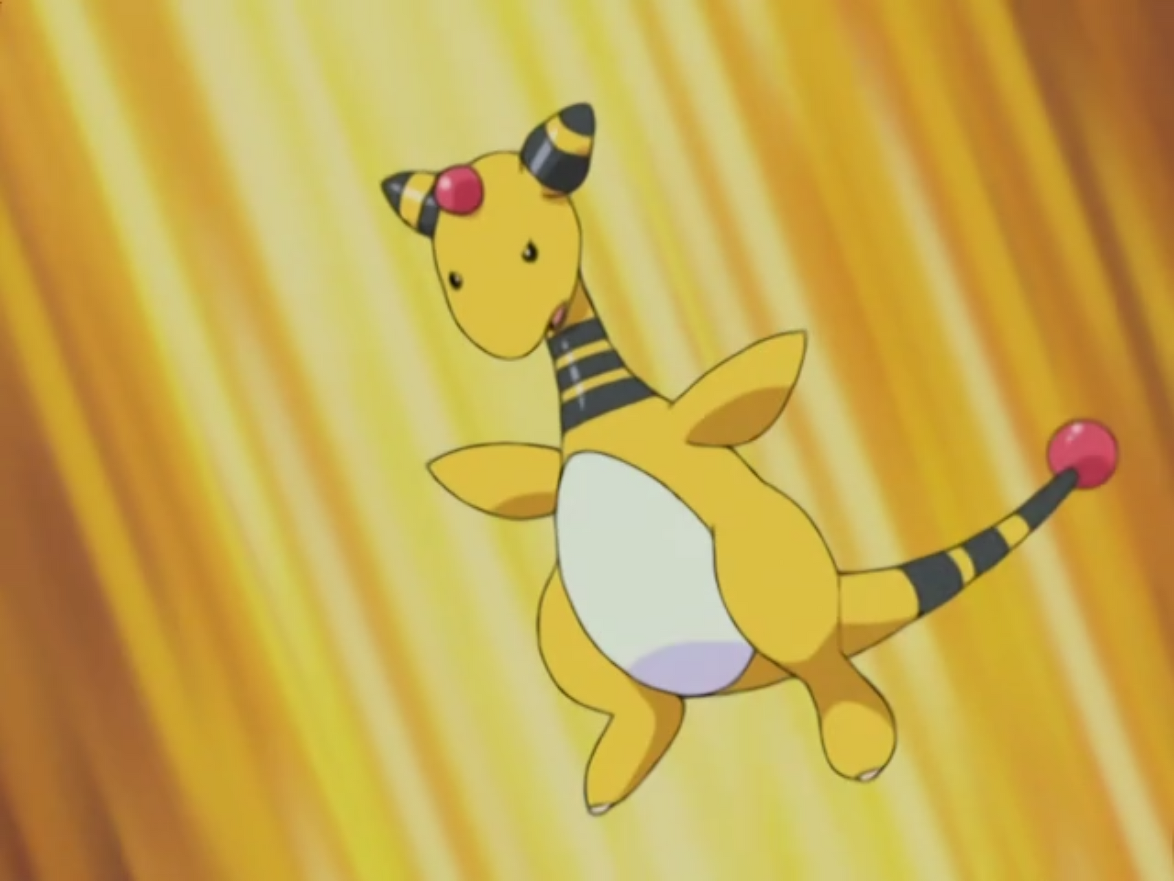 Retrieved from "https://pokemon.fandom.com/wiki/Watt?oldid=1332346"
Community content is available under CC-BY-SA unless otherwise noted.