For the variant appearing in the games, see Wally.

Wally is a young, slightly small for his age, skinny and frail boy with messy green hair that sticks up, pale skin, and bluish grey eyes.

Wally wears a white button-up long sleeved shirt with pale blue buttons, khaki green, slightly baggy trousers that are similar to the color of his hair, and slip on shoes that are a pastel blue color with white soles.

He is later seen wearing a bottle green-colored respiratory suit, to aid his breathing due to his weak lungs. When Wally is too exhausted, he puts his rebreather on.

Wally wears a white shirt with a big collar under a pastel blue jacket with large buttons, grey slim fit trousers with turn ups on the ankles, and slip on shoes that are white with pastel blue soles. He also wears a brown shoulder bag, and a Mega Pendant around his neck, shaped like Gallade's head.

Wally, despite his fragile appearance, is a determined boy, who wants to have a Pokémon and treasure memories with it. Wally, however, has a great sense of moral and honor, wanting to protect Hoenn from any threat and questions himself and his motives when he has other people's Pokémon in his care.

Wally was about to move to Verdanturf Town, but, before he went, he asked the Petalburg's new gym leader to teach him to catch Pokémon, wanting to retain something from his life in Petalburg City. The man agreed and Wally went into the forest to try on his own while the Gym Leader waited for him.[1]

Ruby found Wally ailing behind some bushes. Wally praised Ruby's Mudkip's skills and Ruby was immediately enthusiastic, offering to help him capture a Pokémon. Wally declined, telling Ruby that he's being taught by somebody else. Ruby suddenly pulled Wally behind some bushes just as Norman arrived, looking for Wally.[2]

Wally was shocked when he found out that Ruby was Norman's son. Their attempt at hiding failed and Norman called Wally out of hiding. Wally came out gladly but did not reveal Ruby's presence. Norman reprimanded Wally for not informing him about his illness and his impending move from Petalburg, telling Wally that he wouldn't teach him to catch a Pokémon. While Norman was distracted, looking for some other presence (Ruby), Wally fell on the ground, being ill. After Norman went away, Ruby took Wally to his house, where Wally's parents thanked him and invited him to stay the night. Wally woke up and realised his parents must have asked Norman not to teach him. Upon hearing his, Ruby was filled by indignation on Wally's behalf, offering to lend him his Ralts, "Rara" for the night so that the two of them could go out into the wild as a show of rebellion and to catch Wally a Pokémon.[1]

The two went out to Petalburg's outskirts, where Wally uses Rara to battle a Kecleon. Wally, using Ruby's Rara, captured the Kecleon, the very first Pokémon he's ever caught. This made Wally overjoyed and gave Ruby a PokéNav as a present. Wally didn't have long to celebrate, however, because suddenly, an earthquake, which had become more common recently, hit, separating Wally and Rara from Ruby. When Wally woke up, he found himself at the Ever Grande City and feared for Ruby's life. However, Rara communicated to Wally that Ruby was still alive: she could've still sensed him being alive.[3] After waking up at Mr. Briney's ship, Ruby realized Rara was still with Wally, who warned him about the earthquakes.[4]

Wally went to Verdanturf Town. After spending some time, he went away, some moments later after Ruby arrived into the town.[5] There, Wally met an old man, who offered to bring him to a better place for recovery: Pacifidlog Town. Wally accepted and went with him and along the way, he captured a Roselia and Cacturne.[6]

When Kyogre awakened, the storms and turbulent waves make Pacifidlog unsafe to inhabit. However, Wally's friend, the old man he met in Verdanturf Town, wanted to remain in Pacifidlog so that he can stay on the lookout for a mysterious island. Wally convinced him to only stay one more day and if the island isn't visible, then they'll leave. The next day, the island wasn't visible and Wally went to pick the man up. He arrived in time to save the man when a violent wave rocks the building and caused the man to fall out the window. Wally had his Kecleon save him, then the two then went on rafts to seek out safety. On the ocean, Wally spotted a bag with a Poké Ball and Pokédex in it, about to be lost to a wave. Wally had his Cacturne use Needle Arm to pin the bag to a rock, risking having a needle hit and shattering the Poké Ball. Wally retrieved the bag and his Roselia uses Aromatherapy and Grass Whistle to heal and put the Pokémon, Treecko, to sleep. A voice suddenly admitted to being impressed and asked Wally why he used Needle Arm, endangering Treecko, with Wally saying that it was because he trusts his Pokémon. Norman emerged and declared that he has changed his mind: he will train Wally. The old man also revealed Norman had asked him to keep an eye on Wally's skills.[6]

Norman gave Wally a test: to reach the last floor of Sky Pillar. He gave Wally special rotating sleeve cuffs to store his Poké Balls in and left a Mach Bike for Wally to use. Wally fell through the floor but Treecko saved him and pointed out the bike. Wally worked his way up the floors and had trouble breathing, so he pulled on his oxygen mask. He reached the 49th floor and was attacked by a Dusclops, who created a black hole. Wally puts his trust in Treecko and sent him out to use Leaf Blade on the black hole. Treecko evolved as he executed the attack and Wally successfully reached the 50th, the final, floor. Norman appears and tells Wally to remove his oxygen mask. Wally does so and is surprised to discover that he can breathe more deeply; Norman informs him that training so hard at these high altitudes has made his lungs stronger. Wally, becoming teary-eyed, admits that Dusclops was the first wild Pokémon he had defeated. Norman then gave Wally his Flygon so that Wally could fly. Wally tried to thank him, but Norman shook him off and ordered him to concentrate on his next task instead.[7]

Wally continued to train with Norman and became a strong trainer in his own right. Both Ruby's Ralts and Professor Birch's Treecko evolved while training with Wally, something that Wally was guilty about because they are not his so he shouldn't have let them evolve. When the crisis in Hoenn came to a head, Norman told Wally that they are going to awaken Rayquaza, who slept at the top of Sky Pillar. The top floor could only be reached through small passageways, small enough that only a child could get through. Wally realised that Norman initially intended to awaken Rayquaza with his son, Ruby, but used Wally as a substitute. Deciding that he was alright with that, Wally went through with it and awakened Rayquaza by using the two Pokémon who don't belong to him: Kirlia and Grovyle. After awakening Rayquaza, Wally passed out, but not before he saw Norman leave with Rayquaza for Sootopolis City.[8]

At the end of the crisis, Wally returned Kirlia to Ruby and the Pokédex to Professor Birch, in good faith and without any sort of resentment. However, he wrote he could not find Grovyle, who went missing.[9]

Professor Birch mentioned Wally to Crystal and Professor Oak, as the trainer who took care of Treecko and even got him to evolve into a Grovyle. Birch wondered how Grovyle was doing, since Wally lost Grovyle when Rayquaza was awakened.[10] When Ruby saw Sceptile managed to come to its original trainer, Sceptile remembered its battles in the Sky Tower with Wally.[11]

Ruby, when he arrived to the Sky Tower with Latios, remembered Wally, who climbed the Sky Tower with his father.[12] After exiting the tower, Ruby told Latios when he and Emerald were discussing about the meteor threat, Ruby had thought of his friends and family - including Wally - whom he could ask for help, but did not want to trouble them with the sad news.[13]

Wally watched the news and learned a giant meteorite was to fall on Hoenn and destroy the region.[14]

Wally went with Aarune through the region to make a Secret Base. Since it did not suit Wally's needs, they were moving to another location. Just then, they found Sapphire, who fell off her Tropius. Two days later, Wally visited his Secret Base and saw Rayquaza, who was holding Ruby. Wally sent Altaria, who caught Ruby (who nearly fell to the ground), while Wally was on Magnezone. Since Rayquaza went angry, Wally had Magnezone battle Rayquaza before Ruby could subdue it.[15] Wally watched as Ruby and Sapphire rode on Rayquaza, glad they managed to befriend it. However, Wally heard something coming from his Secret Base, as Primal Groudon and Primal Kyogre emerged.[16]

Wally went to Sootopolis City to join the other fighters in the battle against the meteorite. There, he launched an attack, which merged with others' attacks and shattered the meteorite.[17] 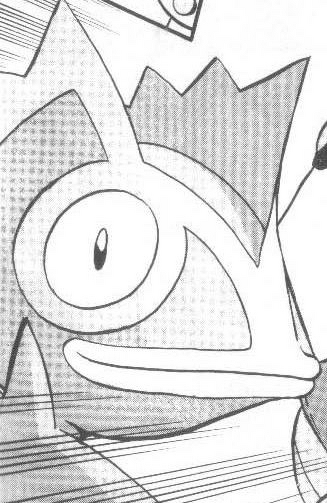 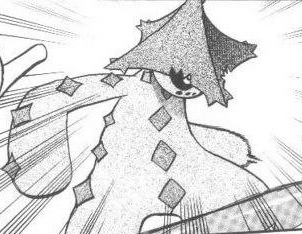 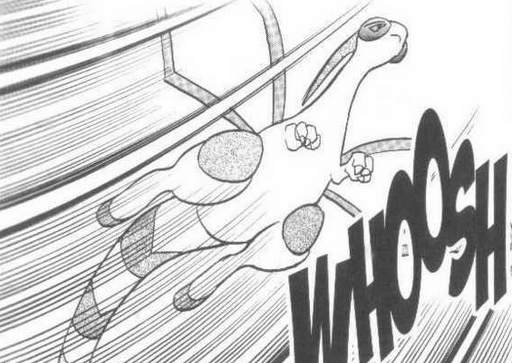 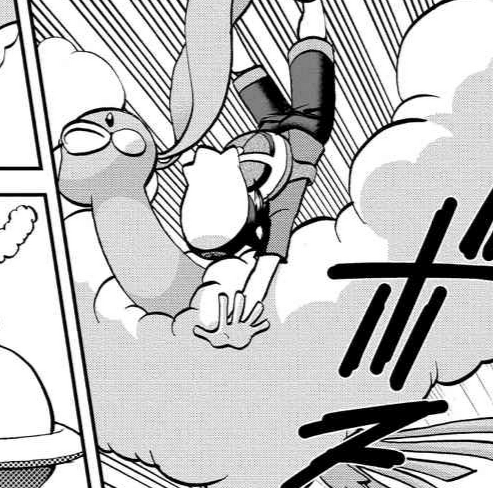 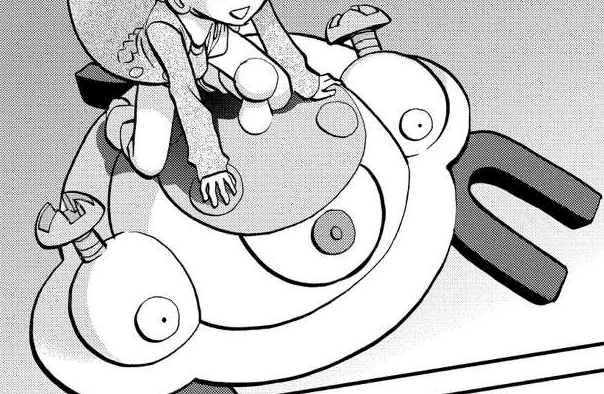 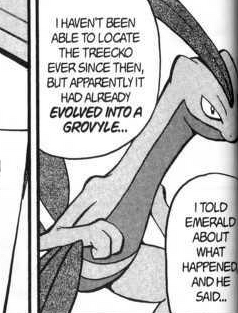 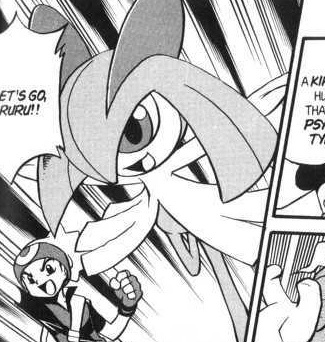 Wally in the Ruby & Sapphire arc

Wally helping out
Add a photo to this gallery

Retrieved from "https://pokemon.fandom.com/wiki/Wally_(Adventures)?oldid=1366232"
Community content is available under CC-BY-SA unless otherwise noted.