Pokémon Wiki
Register
Don't have an account?
Sign In
in: Pokémon anime characters, Male characters, Characters from Hoenn,
and 7 more

For the variant appearing in the games, see Wallace.

Our Cup Runneth Over!

Wallace is a character appearing in Pokémon the Series: Diamond and Pearl, who is a Top Coordinator and was the Pokémon Champion of the Hoenn region.

Wallace is a tall, thin young man with light blue eyes and teal blue hair that curls gracefully around his head. He also wears a white beret, cape and shoes, a teal shirt with white sleeves and purple pants.

The name Wallace come from "water".

His Japanese name, Mikuri, could come from 水 (mizu, water), 美 (mi, beauty) and 海 (umi, ocean). Following the plant-based naming of most Gym Leaders, it could also literally be 実栗 (mikuri, a type of reed).

Wallace, the Hoenn Champion, went to Sinnoh to form the Wallace Cup Pokémon Contest taking place at Lake Valor. He and his Milotic were able to find a quiet place to rest and relax; soon, their location is discovered by Ash and his friends, Brock and Dawn. Wallace expected someone to visit him eventually, but Dawn promised they wouldn't tell anyone about his whereabouts. Ash mentioned that Dawn also wanted to enter the Wallace Cup, which pleased Wallace, who also felt he could have a Constest Battle with Dawn. Ash and Dawn sparred a bit, which impressed Wallace by the use of their moves. He even suggested Ash to enter the Contest tournament, an idea Dawn approved of, thinking it would be good for Ash's Buizel.

He also noticed Dawn's Pokémon executed moves in a forced way than natural. He asked her if she had played with her, Pokémon before, which reminded her that she should have fun with her Pokémon during the Cotnest. Team Rocket showed up as well, but in disguise, as Jessilina and her coaches. Jessie tried to show off her Seviper in a tribute to Wallace's Milotic. Wallace, to show gratitude for this fun time, had Milotic perform by executing dazzling moves. It made Jessie want to teach Seviper to use Aqua Ring, but Wallace reminded her that Seviper normally can't use that move. Still, he wished of everyone to be present at the Wallace Cup, and left.[1]

Wallace made a dramatic entrance at the stage, thanking the audience for coming to watch the tournament. He showed a ribbon - a prize for winning the tournament. Wallace acts as a fourth, honorary judge at the Wallace Cup alongside Mr. Contesta, Mr. Sukizo, and the local Nurse Joy. He and the other judges made comments as each of the trainers show off their best moves in the first round of appeals.[2] They did the same in the next round of performances.[3] At the end of the tournament, Wallace awarded Dawn with the coveted Aqua Ribbon. With that, Wallace declared the Wallace Cup officially over, and wished to see everyone again at next year's Wallace Cup.[4]

The heroes later encountered Lila, who had a poster of Wallace and Milotic in her shop: she designed the former's costume for the Wallace Cup.[5] Johanna also kept photos of Dawn's performances, including her photo with Wallace.[6] Thinking of Wallace, Dawn decided to visit Hoenn and participate in the Contests held in that region.[7] 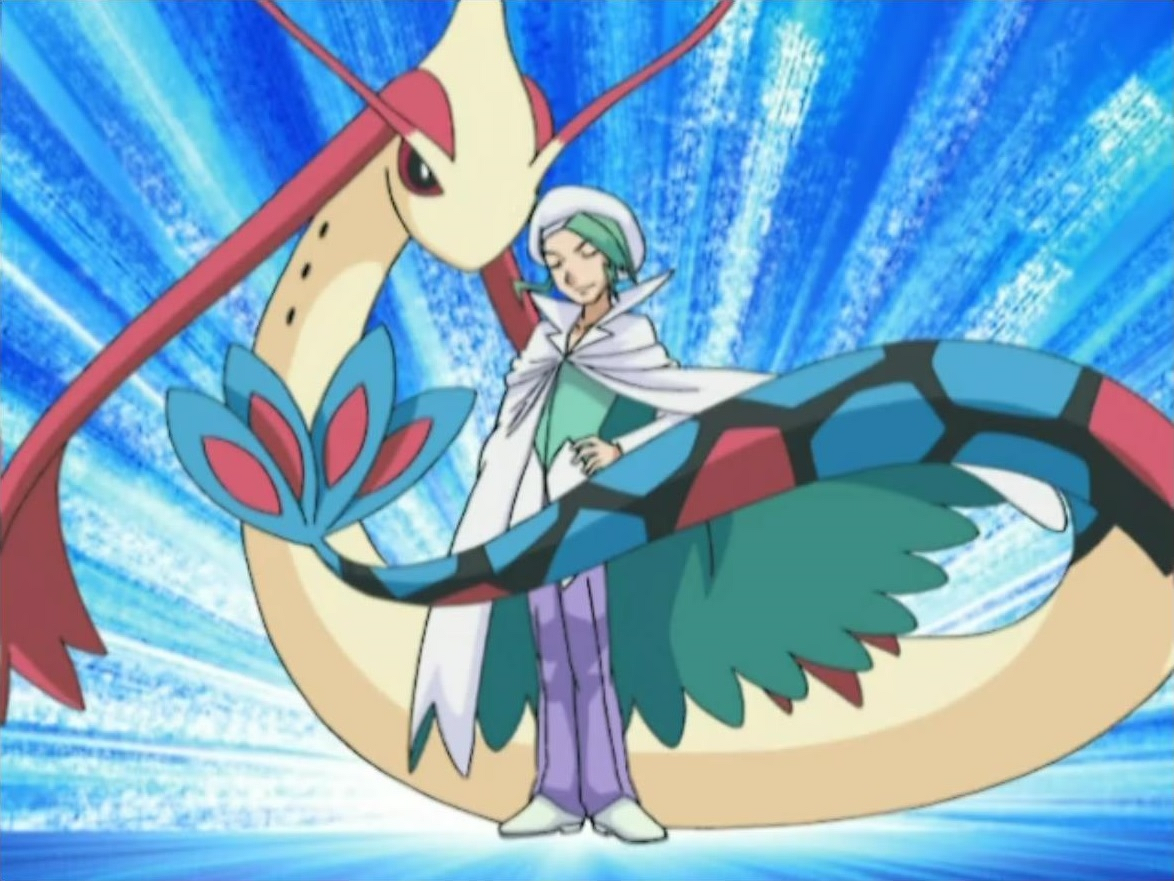