It is adorned with colorful decorative patterns on its wings that are used to scatter its scales or create a strong wind to attack. It strongly resembles Butterfree with respect to its body style.

Struggle Bug is a Bug-type move that it can use. Struggle Bug lowers the Special Attack of opponent's Pokémon while dealing damage.

Its ability Compound Eyes (which boosts accuracy by 30% of the move's original accuracy value) comes in handy when Vivillon learns Hurricane at Lv50.

As demonstrated in the Anime, the scales that Vivillon scatters from its wings are able to pacify a person's fighting spirit.

Vivillon is a docile and friendly Pokémon that is very loyal to its trainer.

Vivillon can be evolved from Spewpa at level 12, which is the evolved form of Scatterbug.

Vivillon's name comes from "vivi", which is translated as "lively" and "papillon", which is "butterfly". 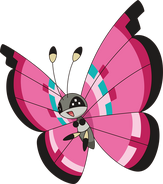 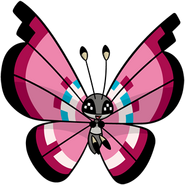 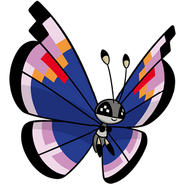 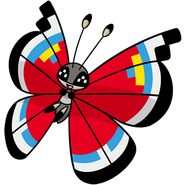 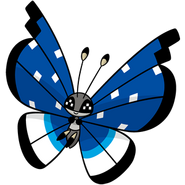 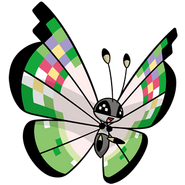 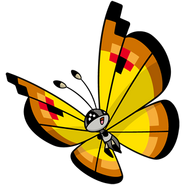 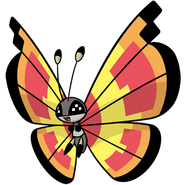 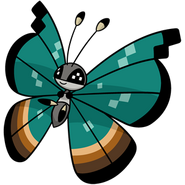 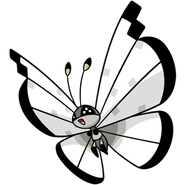 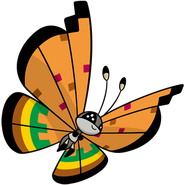 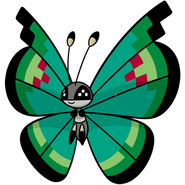 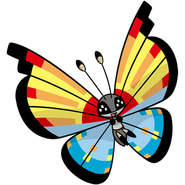 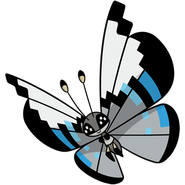 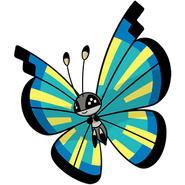 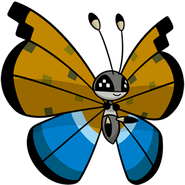 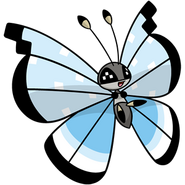 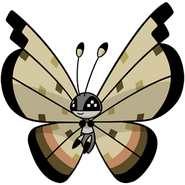 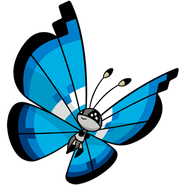 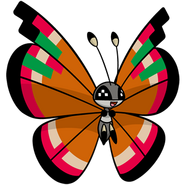 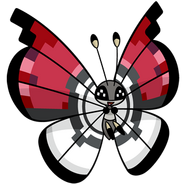 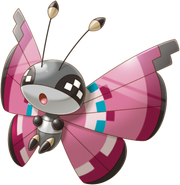 Add a photo to this gallery
← Spewpa | Vivillon | Litleo →
Retrieved from "https://pokemon.fandom.com/wiki/Vivillon?oldid=1101867"
Community content is available under CC-BY-SA unless otherwise noted.