Earth Badge
Viridian City is a large city located in the western part of the Kanto region. In Generations I and III, this is also where Team Rocket's boss, Giovanni, runs the Viridian City Gym, which is locked at the beginning of the game, but will be re-opened once the player character has seven Gym Badges.

In the II games and Pokémon HeartGold and SoulSilver the city is known as "the gateway to Indigo Plateau" as it connects the route to it.

The city's gym is also the main base of the Team Rocket leader, Giovanni. It has floor tiles that move you and many Trainers. Giovanni specializes in Ground Pokémon and when you defeat him you are free to leave and to go to the Elite Four. Blue takes over as Gym Leader in Generation II with no particular main type of Pokémon, while Giovanni disappears. The players who defeat this Gym's leader receive the Earth Badge

The Gym appears in the anime episode The Battle of the Badge, where both Ash and Gary hope to claim the Earth Badge.

The Pokémon Academy is a building (located in the center of the city in Generation III only) that is dedicated to teaching the basics of Pokémon to inexperienced Trainers. Many Trainers that pass through Viridian fall under this category, making the city an ideal location. In Generation II, this school was rebuilt and tuned into the Trainer House. Another Pokémon Academy is located at Rustboro City.

A unique attraction in Generation II-era Viridian is the Trainer House, a location where Trainers from far and wide can battle a Trainer once per day. Trainers will face the last Trainer they used Mystery Gift with, along with that Trainer's party. If they have yet to unlock or use Mystery Gift, the opposing Trainer will be a trainer named Cal who has a trio of Level 50 Pokémon, namely Meganium, Typhlosion, and Feraligatr. In HG/SS, the player needs to connect with another player's Pokéwalker, not through Mystery Gift, to unlock them in the Trainer House.

On the edge of town, toward the Viridian Forest, the player meets an old coffee addict. On his/her first visit, he/she is unable to leave the village along this route until he/she has delivered a package to Professor Oak. Also, in his/her second visit, the old man will show the player how to capture a Pokémon, although the player may already have caught one.

The Pokémon Center in Viridian City is the first Pokémon Center you can access in any of the Kanto Games: Pokémon Red, Pokémon Blue, Pokémon Green, Pokémon Yellow, Pokémon Fire Red, and Pokémon Leaf Green.

In the anime, the Viridian City Pokémon Center is where Ash brings his Pikachu for treatment after their encounter with the swarm of Spearow and Fearow and also meets Nurse Joy and her Chansey for the first time. They use a group of Pikachu as a backup electricity generator. 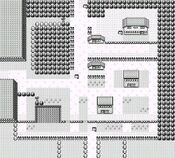 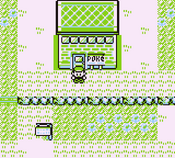 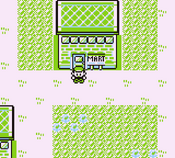 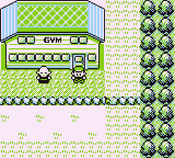 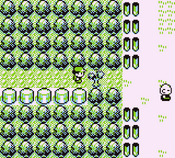 There is a hidden Potion in the tree. 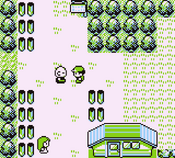 This person gives the player a TM42 (Dream Eater).

Viridian City in FireRed and LeafGreen

After receiving the Pokédex, the old man gives the player a Teachy TV 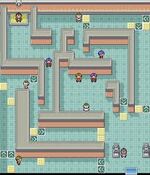