Virgil in other languages

Virgil is a character appearing in the Black & White series.

Virgil is a young lad with blonde hair and brown eyes. He wears a persimmon jacket with two pockets and white collars and short sleeves, as well as a gray belt under it. He also wears a teal long-sleeved undershirt, gray gloves, persimmon pants with white outlines and black boots. He also has a Xtransceiver on his left wrist.

Virgil has a strong passion for helping and rescuing Pokémon whenever they needed it or if their endanger. Also, Virgil has a close relationship with his Eevee and her evolved forms. Virgil is a very loyal friend and would help no matter what.

As a young boy, Virgil was once lost in the forest with his first Pokémon, Eevee, at night, due to having a close bond with his Eevee and because the time was night, it was able to evolve into his present day Umbreon to help him get out of the forest by using Flash to light up the place. From that point on, he became grateful to the Eevee species and decided to catch more, then to train and evolve them.[1]

Virgil first met Ash and his friends after saving Ash and Iris from falling off a cliff, while on their way to Vertress City where the Unova League was going to take place. Virgil took the heroes to his house, where he showed the other workers sometimes even work with Officer Jenny. Virgil showed his team, composed of Eevee and her evolved forms, who help him in his job as a Pokémon Rescue Worker. Virgil pointed out everyone but Eevee has graduated, as Virgil did not know into which form would Eevee evolve into. Suddenly, an alarm rang, so Virgil and the heroes went to Virgil's father, Jeff, who showed a nearby dam was under attack by some Cryogonal. Virgil's brother, Davy, went to help out and reported the attacks. The heroes managed to convince Virgil to accompany him, who flew them all with a helicopter to the dam. Since the backup generator room was locked, Virgil had Flareon melt the ice on the door, then had Glaceon and Espeon form a key to unlock the room. Since the door was stuck, Vaporeon soaked the door, allowing Ash and Virgil to push it open. The generator was out of power, so Virgil had Jolteon power the generator, along with Ash's Pikachu, which restored the elevator in working order. As they were coming out of the elevator, everyone was attacked by Cryogonal. The heroes distracted Cryogonal, allowing Virgil to go to the basement, but he was also stopped by Cryogonal. Since they were surrounded, Virgil sent all of his Pokémon, while Eevee dug a hole. Everyone was battling Cryogonal, but Davy arrived with Eevee and one of the Cryogonal, who got stuck among the pipes, which was the cause of the aggressive behavior of the Cryogonal. The Cryogonal were glad and floated away, while Virgil and Ash had their Pokémon melt the ice from the dam. Virgil was glad Eevee succeeded in the mission. Virgil also told Ash he will be at the Unova League and they promised to give their best.[1]

His brother, Davy, dropped Virgil off at the Unova League from a helicopter. There. he encountered Ash and his friends and even met his other rivals in Unova. After registering for the Unova League, he was glad to hear there was a sauna at the hotel they were staying in. He was also pleased to know Cameron, his rival, had also registered for the League, even if the deadline was over. In the first round of the Unova League, he used his Vaporeon against Ultimo and his Crustle.[2] Virgil defeated Ultimo with Vaporeon using Hydro Pump, advancing in the second round of the tournament.[3] He was revealed to have made it through the second round and he was shown defeating a Reuniclus with his Glaceon using Ice Beam to defeat it in the third round. Later, Virgil, along with Bianca, heard Iris' Axew has gone missing. Bianca told them where Axew may have gone to and also gave a Casteliacone to his Eevee. Virgil walked with Bianca and found a lady, who did not see Trubbish nor Garbodor, who lived near her. Virgil arrived in time to stop the attack from Garbodor. Axew and the Pokémon were saved by his Espeon, who sent them on a cliff, and used his Umbreon to stop the Garbodor. Virgil took out his Soothe Bell and used it to calm Garbodor down and explained why Garbodor was upset.[4]

Virgil defeated Flora's Gothitelle with his Umbreon in the fourth round advancing to the top 8 in the League.[5] Virgil watched Cameron's battle against Ash and was worried he and Eevee may face Hydreigon if Cameron won.[6] Cameron, who defeated Ash, faced Virgil. Cameron was cornered, as he had only Lucario, while Virgil swapped Espeon with Flareon, who managed to defeat Lucario with Fire Blast. Thus, Virgil advanced to the finals, where his Eevee defeated Dino's Druddigon by using Trump Card. Virgil won the Unova League and received the title of the Champion and received the Cup of the Unova League Tournament. During the evening, the heroes thanked Virgil, who was honored. Davy came in his helicopter; Virgil bid everyone farewell and flew off with Davy back home, where he was to have a party.[7]

Virgil was seen in the Best Wishes! ending theme. He continued to travel with Eevee by his side. 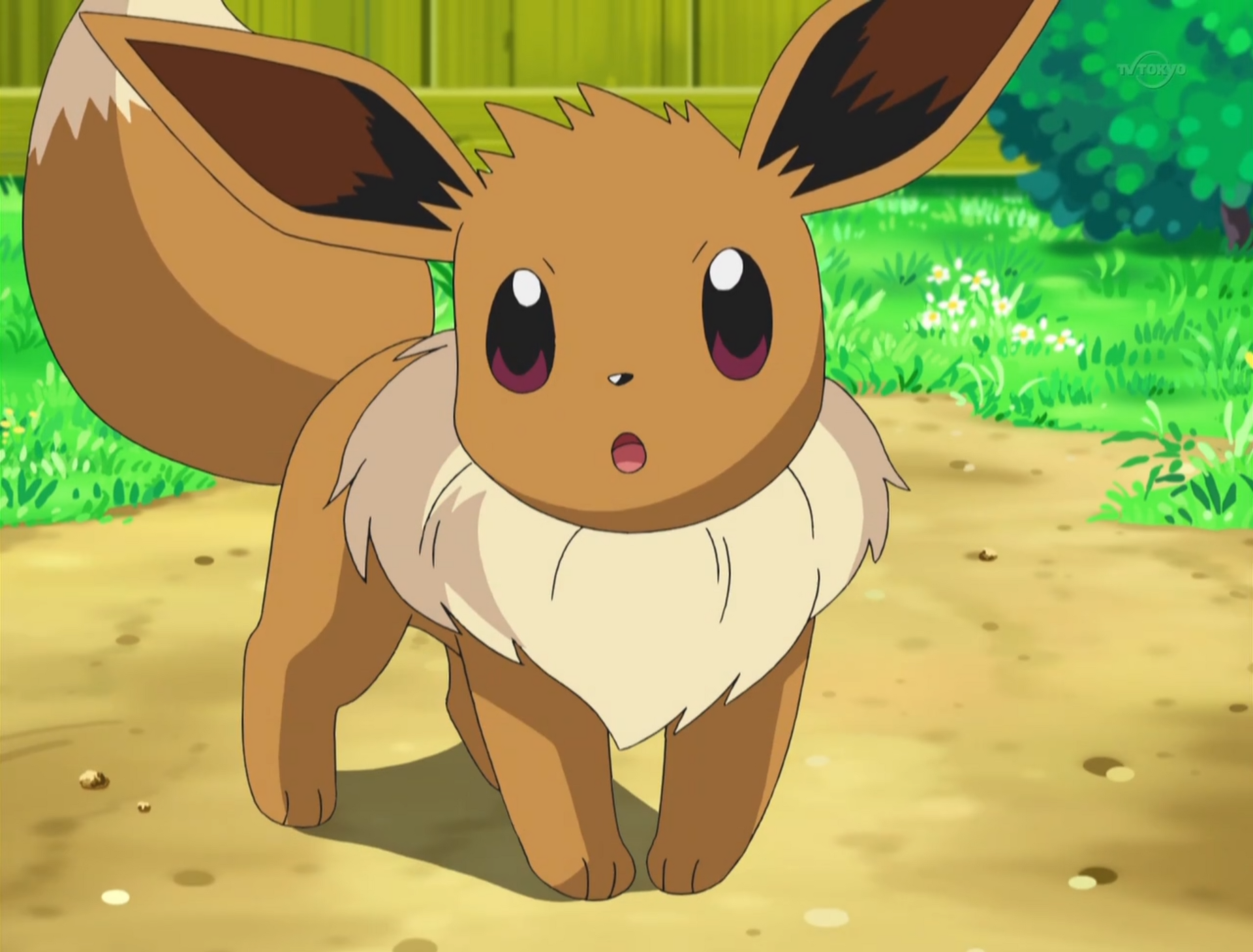 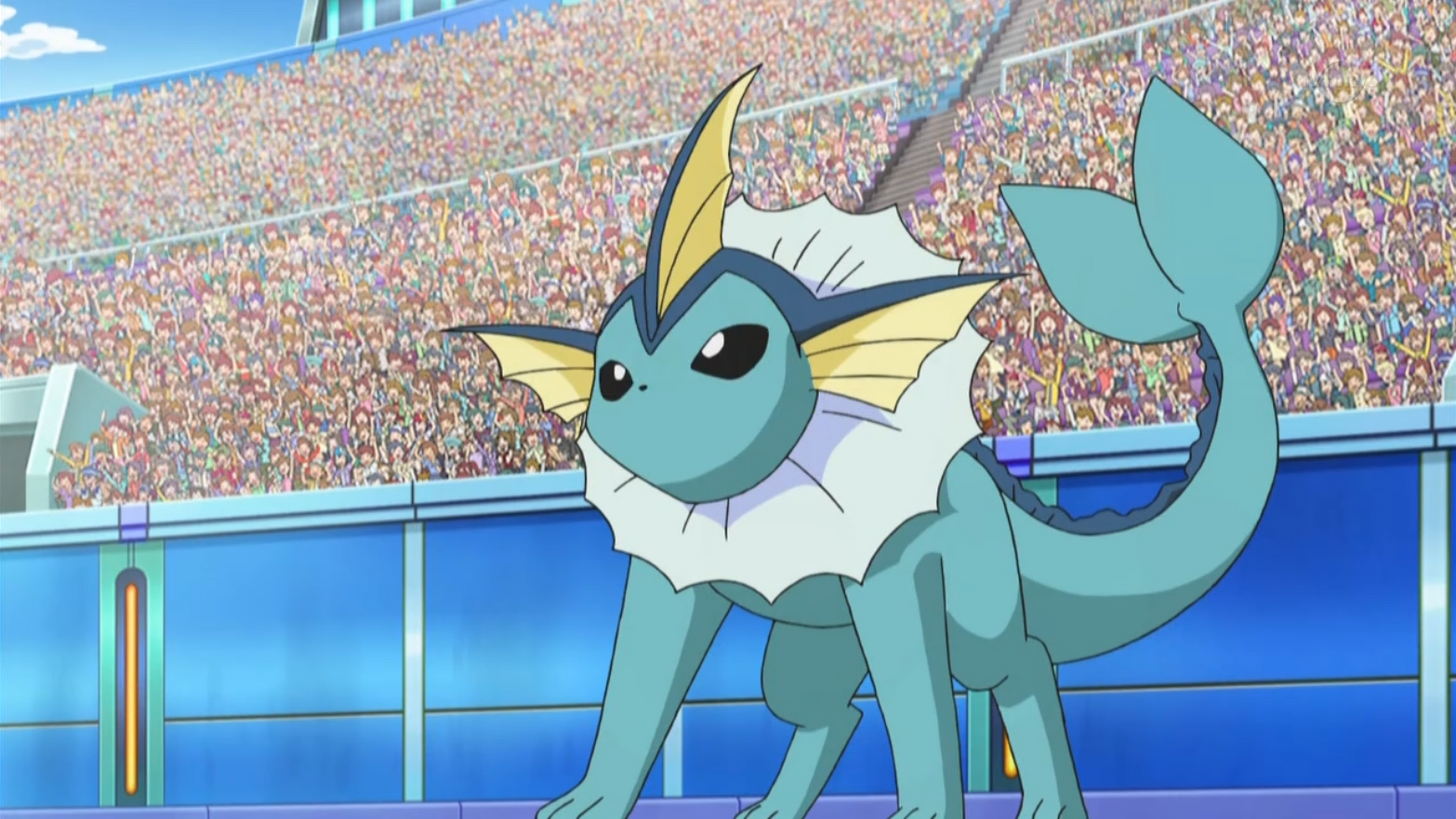 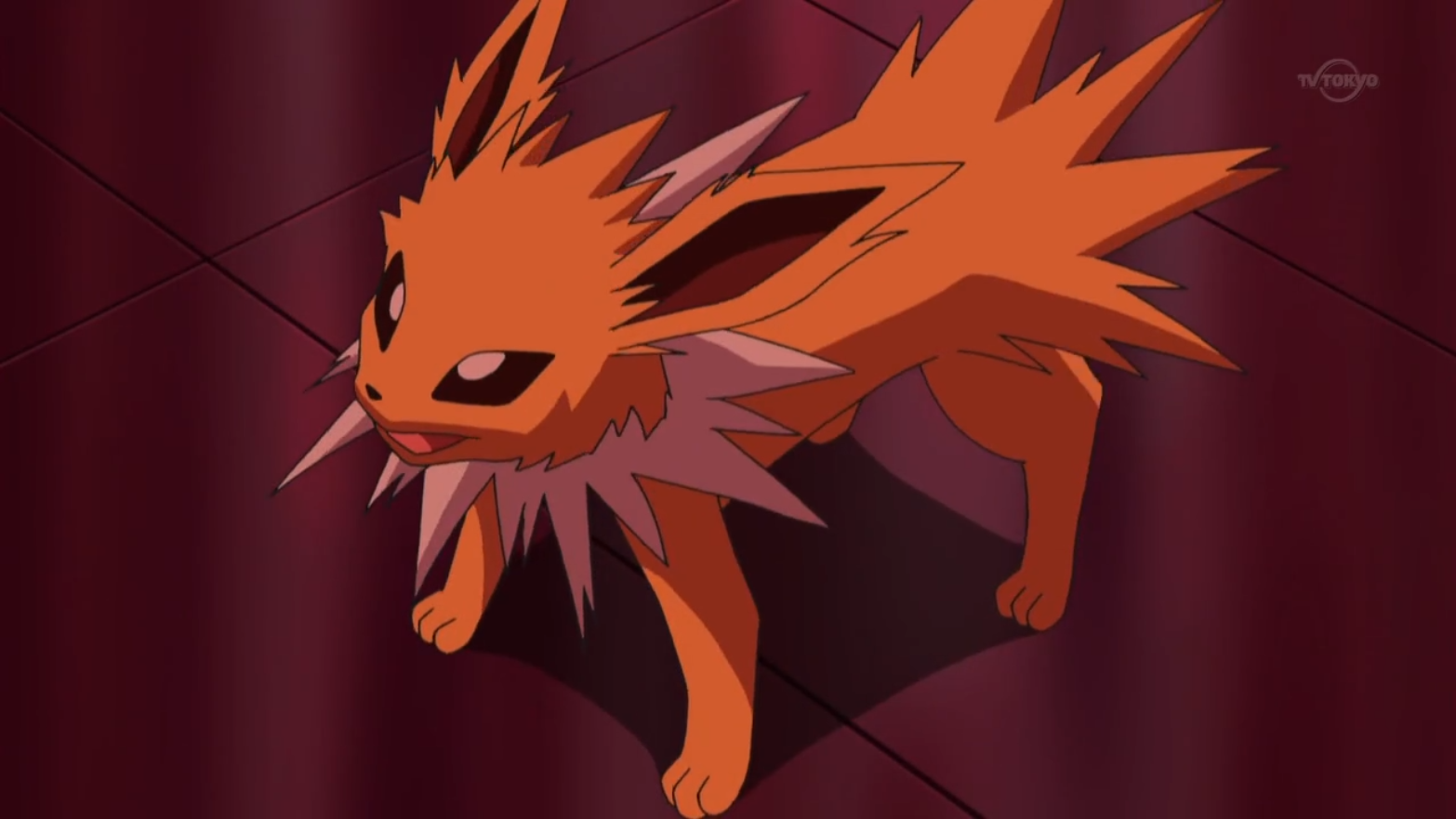 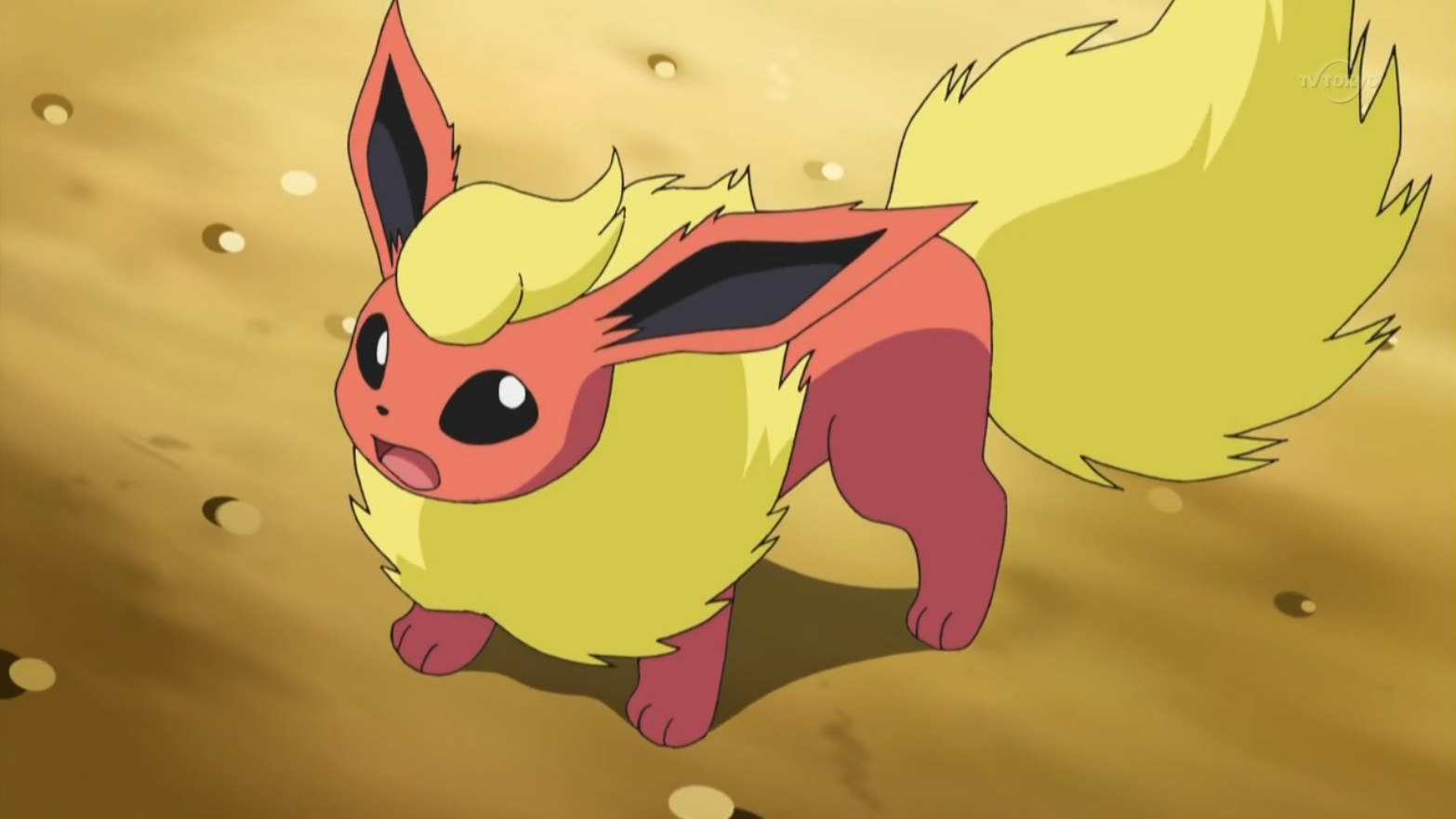 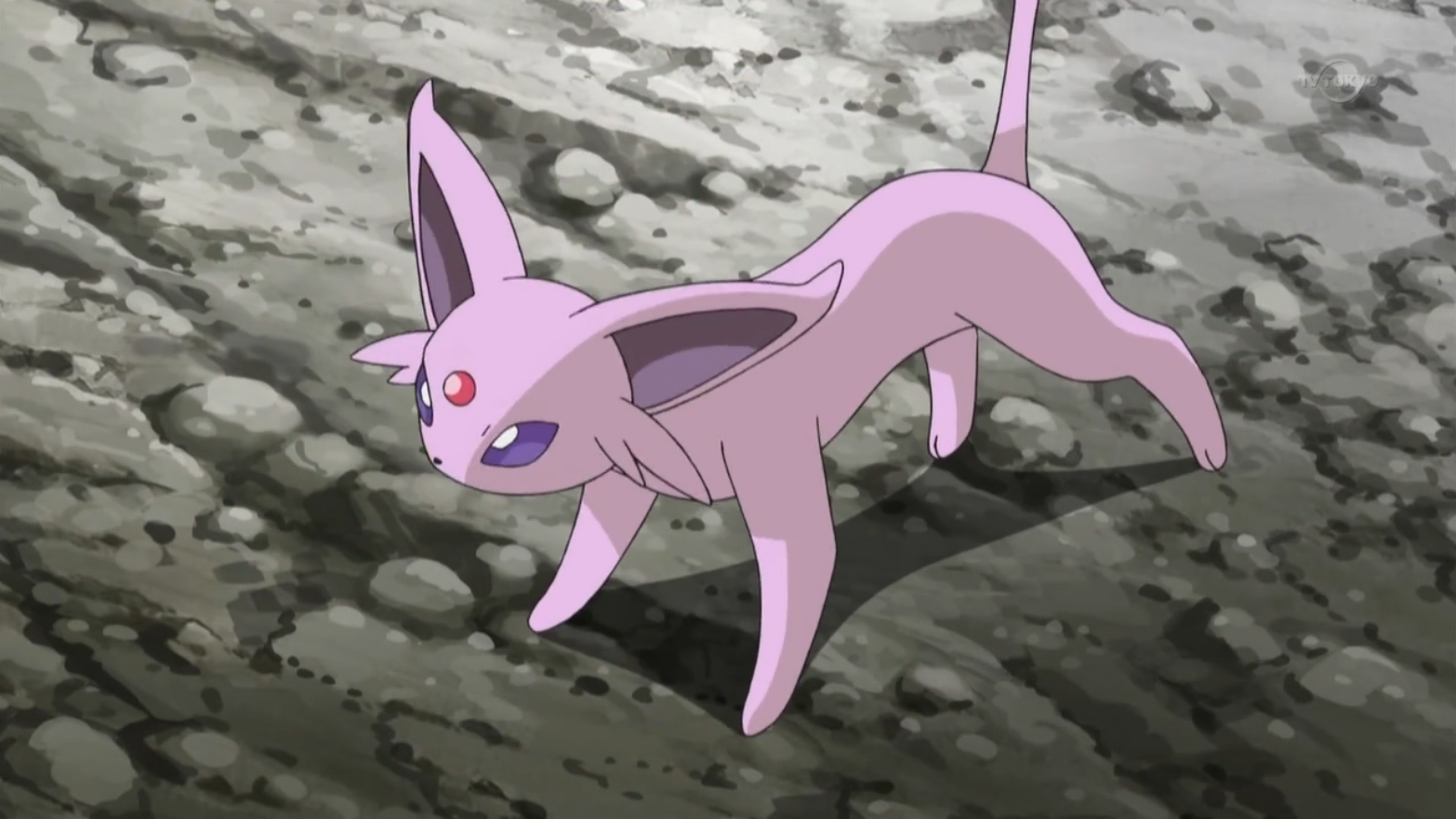 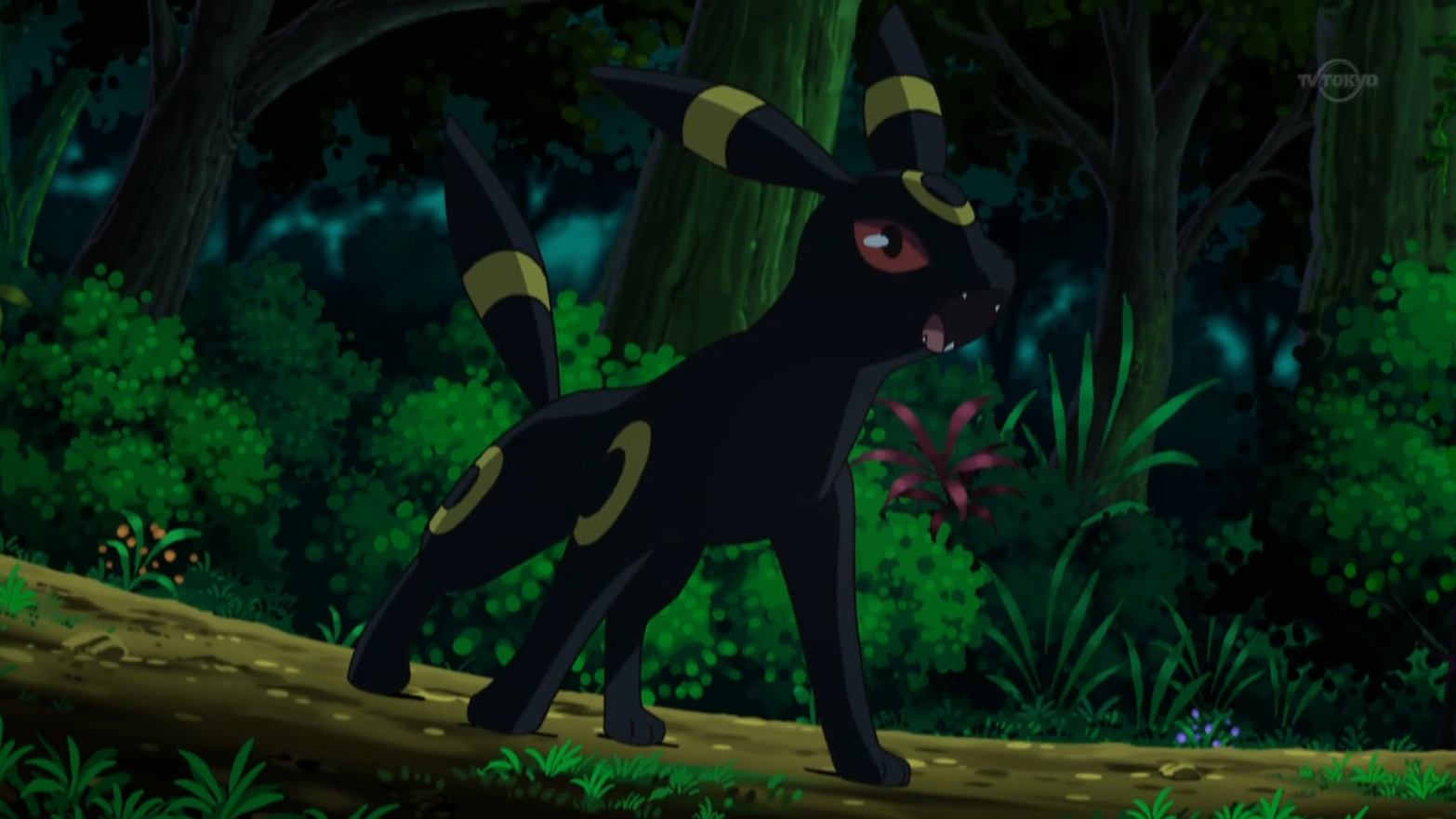 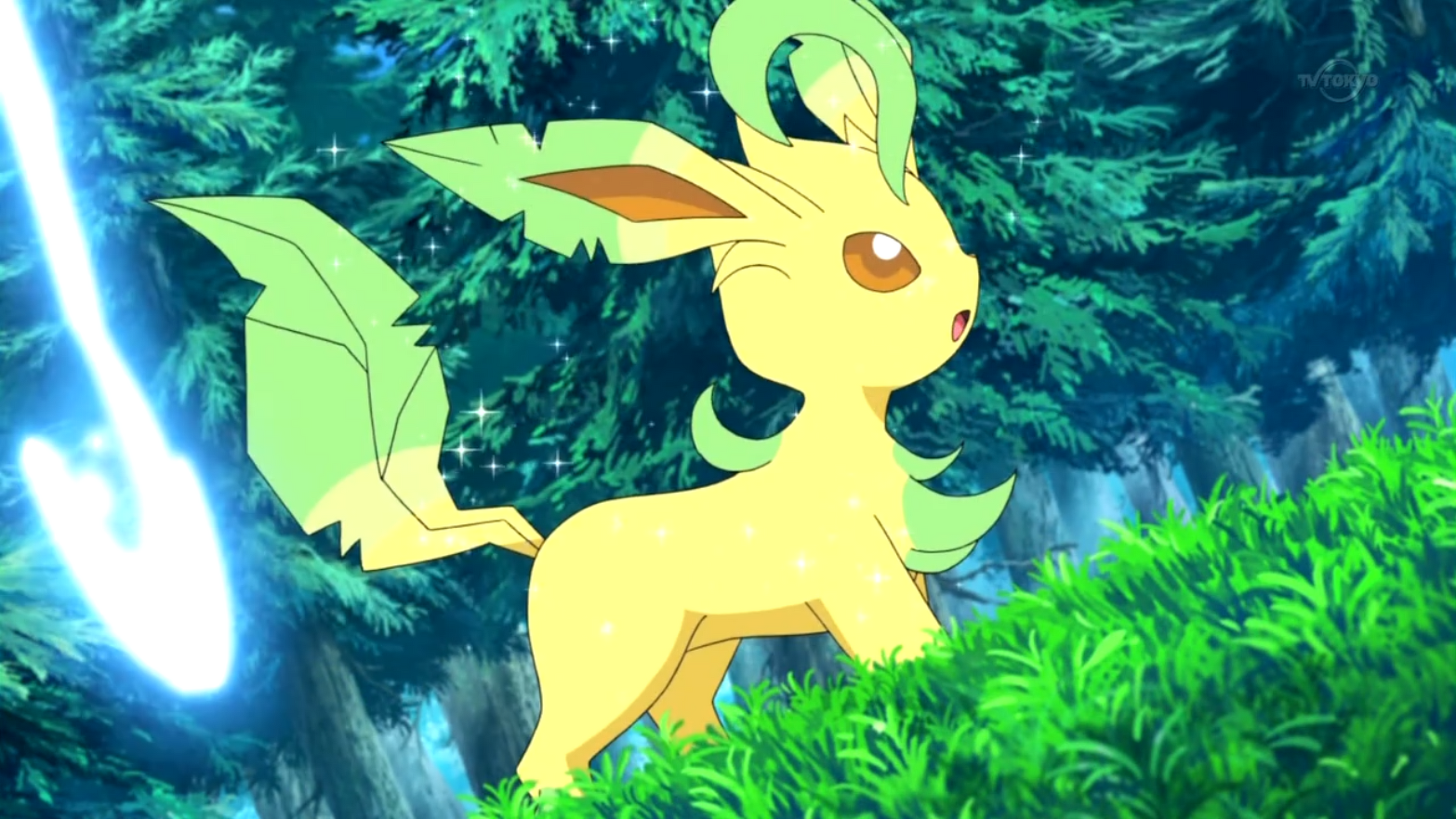 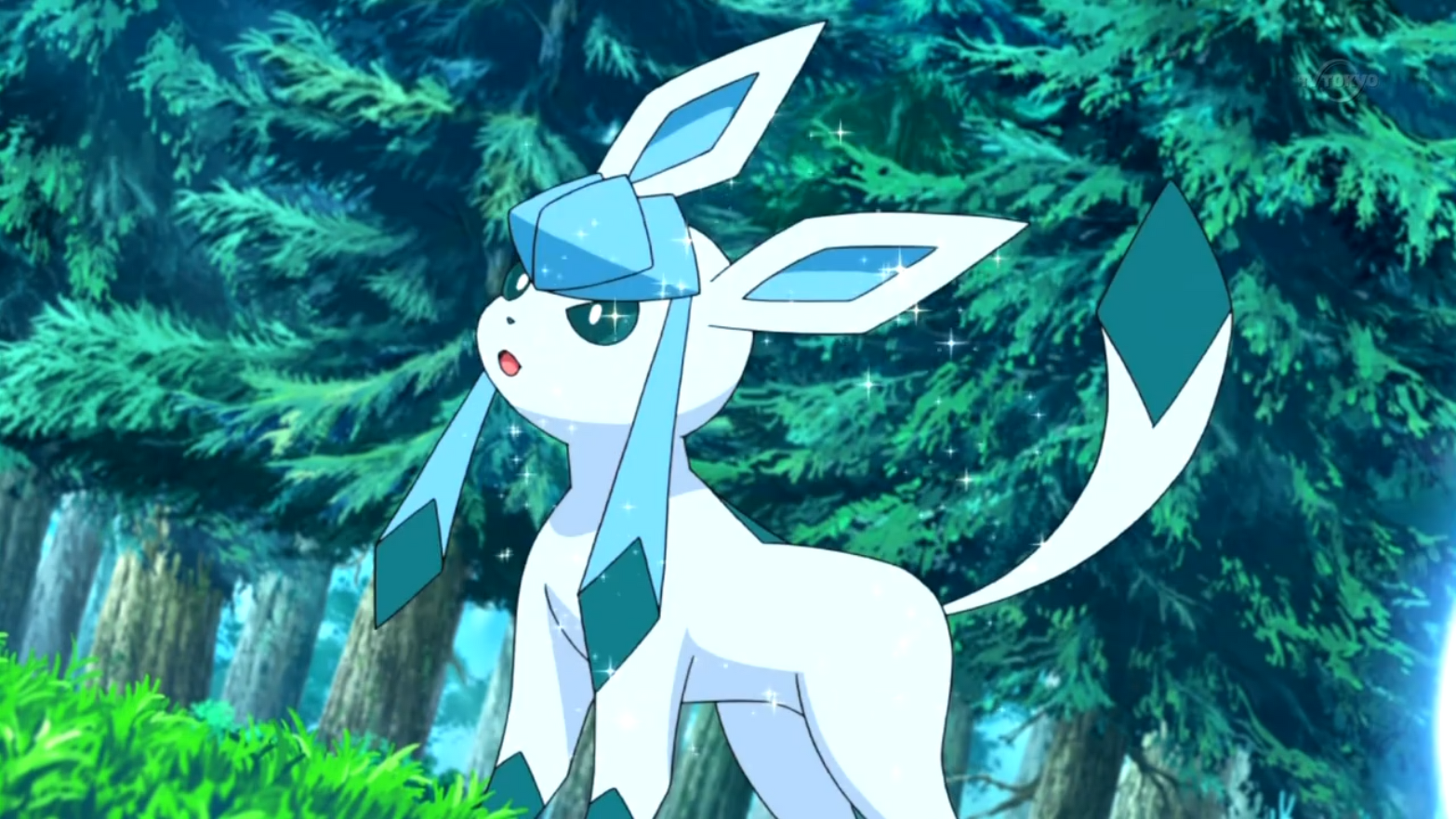 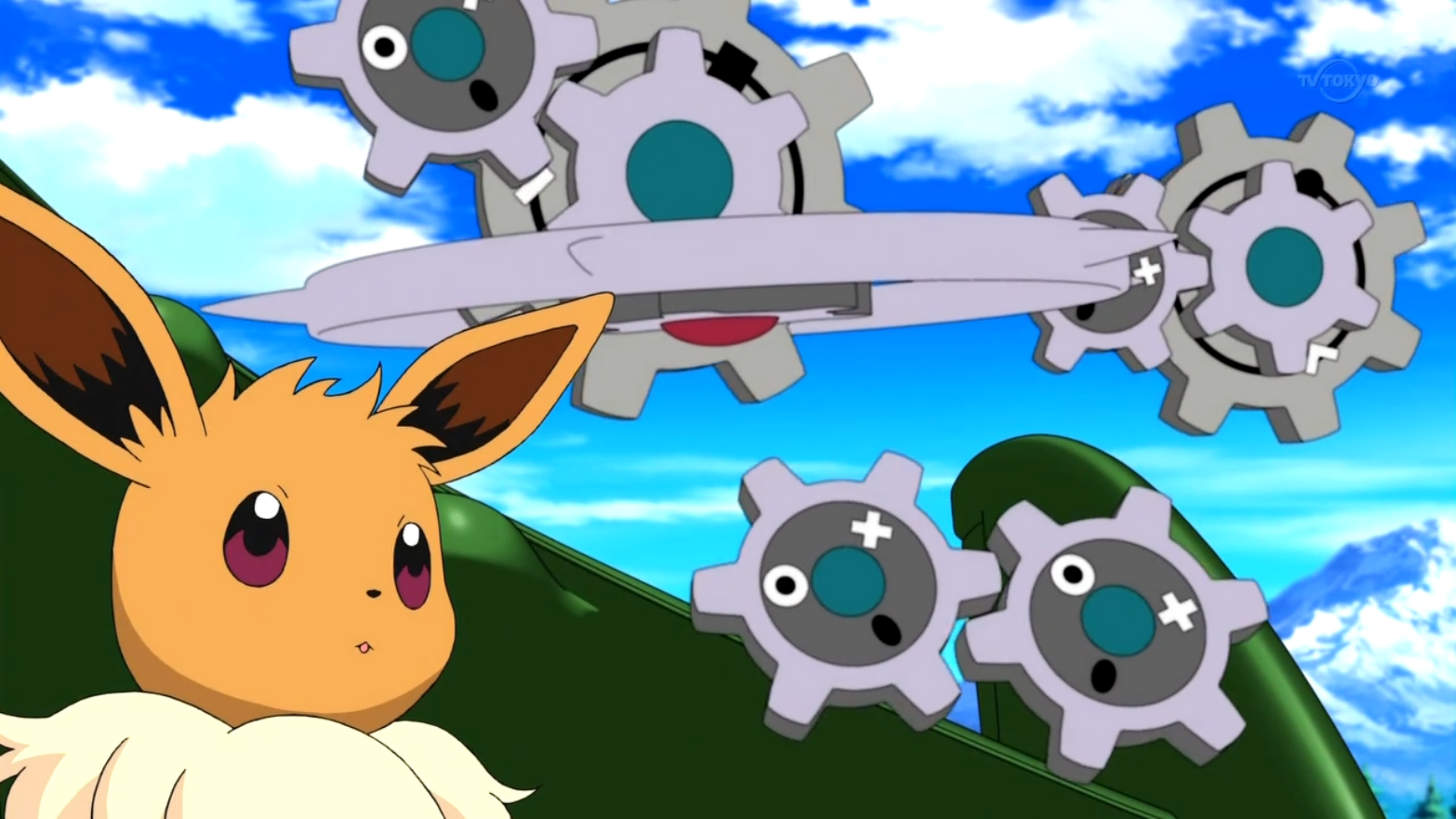 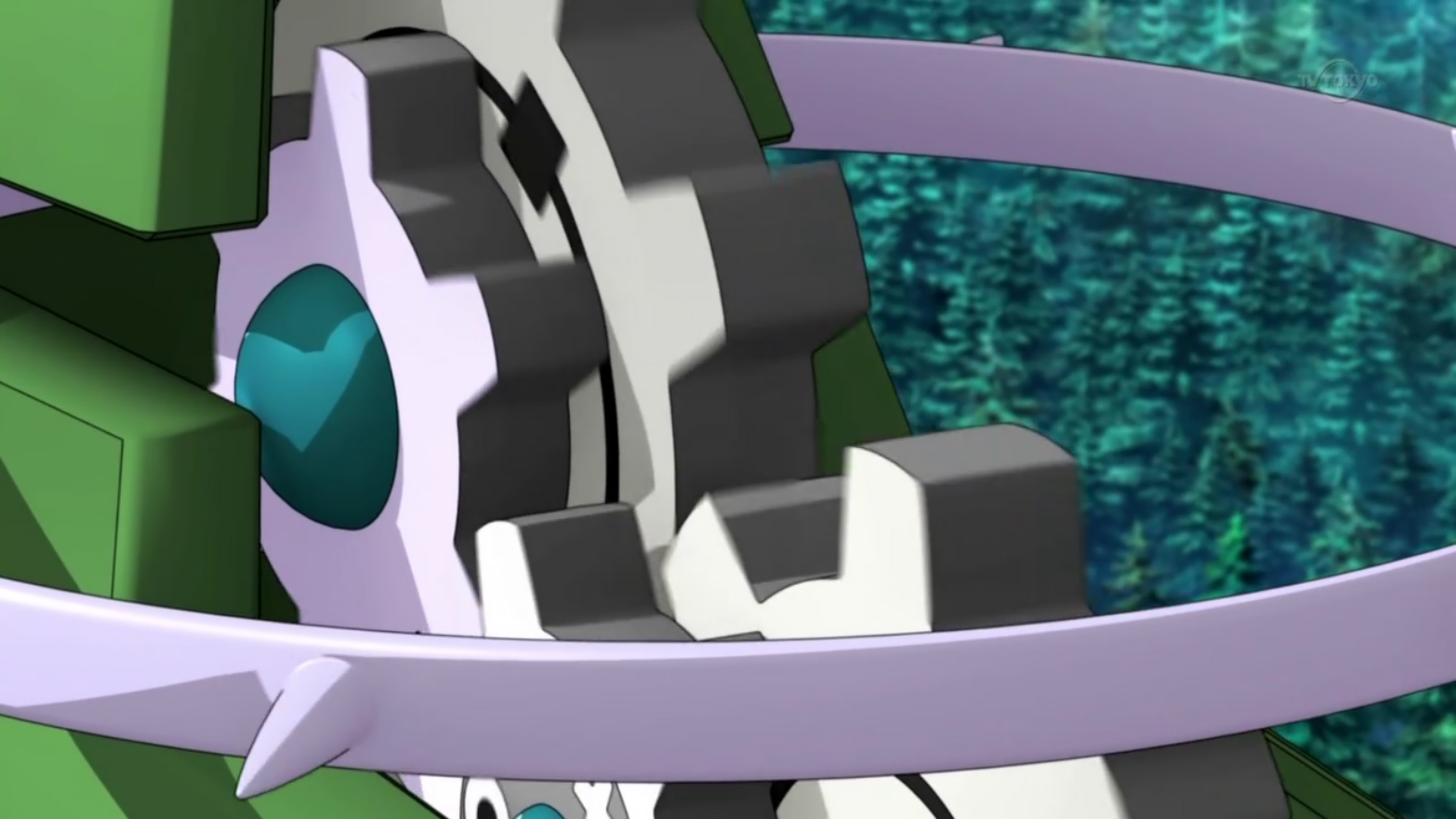 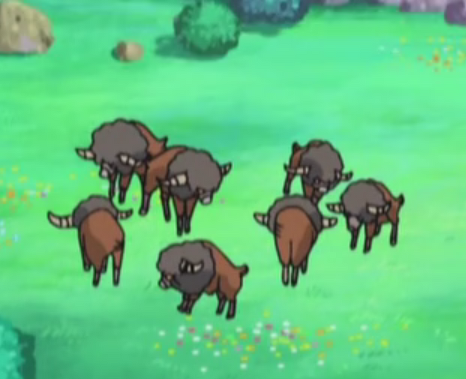 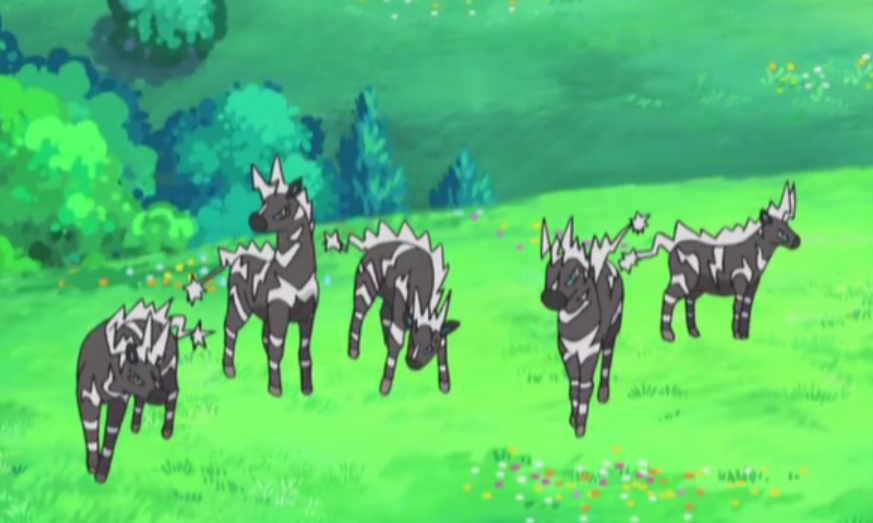 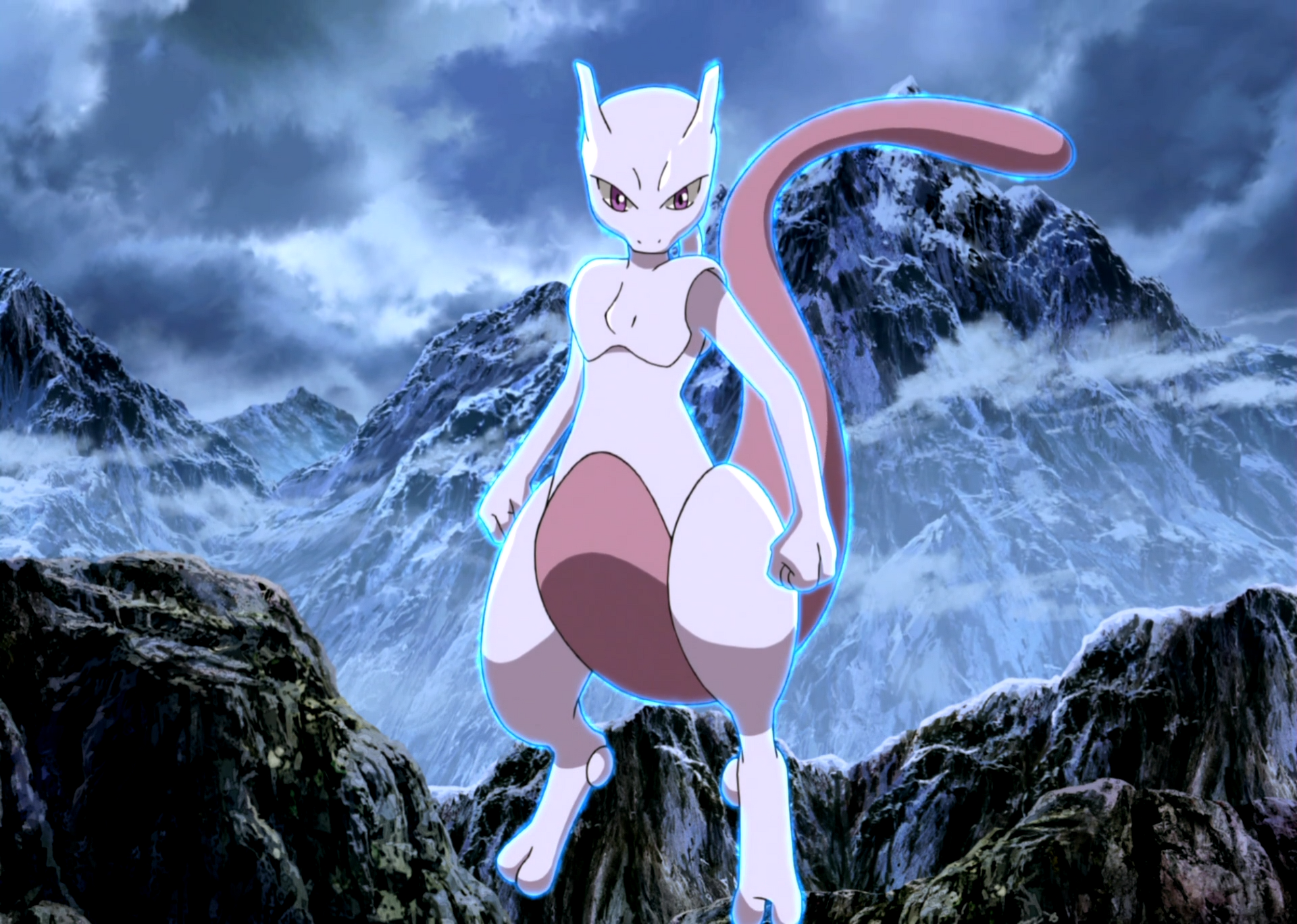