For the variant appearing in the games, see Viola.

Viola is a character appearing in Pokémon Adventures, who is the Gym Leader of Santalune City in the Kalos region.

Viola has blonde hair. For normal attire, Viola wears a white blouse, green pants with white cuffs, brown boots with green laces and a green sweatband on her left hand. She is also often seen with her camera.

Viola is a kind-hearted person, who sometimes helps her sister, Alexa, in journalism. Viola also loves taking pictures, being a determined photographer. Viola is a righteous person and, even if being quite hurt, does her best to protect others.

Viola first appeared with her camera and Alexa near X's house. They wanted to interview Y because of her skills as a Sky Trainer. Y, however, disliked them because journalists are the reason why X didn't want to leave his house.[1] Both Alexa and Viola saw the rampage between Xerneas and Yveltal. Viola, who was taking pictures of the battle, was told by Alexa about the legend she heard.[2] As the group visited Santalune City and started talking about X's Mega Ring, Viola approached them and introduced herself as the Gym Leader. Viola remembered Y claimed all reporters are selfish, but Viola only wanted to share information about Vaniville Town's incident. The group agreed to follow Viola, except Shauna, who felt they know nothing about Viola. Shauna felt betrayed and left on her own.[3]

Soon after, X agreed to a battle against Viola and used his Kanga to defeat her Vivillion. X smiled his old tactics to counter an opponent's attacks worked, making Viola a bit sad, for she is known to be "the one who doesn't allow a single smile escape away". Viola let everyone sleep at the Gym for the night. Shauna attempted to take X's Mega Stone, but Y and Viola confronted her, knowing well Shauna was stealing. Shauna pulled out a sword, a Honedge, and started attacking Y, so Viola jumped in and took the hit. The impact of the attack caused Viola to fall down.[4] After Korrina arrived, Viola, despite being hurt, explained Korrina was a Gym Leader of Shalour City, for she asked Korrina to come examine X's Key Stone, an item Korrina had as well. Before Celosia attempted to escape, Viola had Surskit use Sticky Web to trap Celosia.

Moments later, Viola was bandaged; Shauna apologized for attacking her. Viola didn't mind, as she would recover soon, reminding Shauna it wasn't her fault that she was controlled. After Y and Shauna apologized to each other, Viola gave the group her photos of Xerneas and Yveltal's battle.[5] Later on, Alexa contacted Viola, who still had her head bandaged. Viola explained to Alexa what had happened and asked the latter to find Y and her friends and protect them from a mysterious group has been attacking them.[6] After her Helioptile was saved, Alexa decided to go to Santalune City to meet up with her sister, Viola, to uncover the truth behind Team Flare.[7] Viola was recalled by Korrina, who showed a photo Viola took of X to Gurkinn.[8]

Alexa told Viola about the Ultimate Weapon, which had the power to absorb the Pokémon's life energy to shoot out the beam. Viola recalled a folklore that the Ultimate Weapon, referred to as "the evil flower" hurt Pokémon and humans, while Alexa had a bad feelinga about it. They saw Lysandre's broadcast, who claimed he'd purify Kalos of the unwanted ones. Thus, assisted by Clemont, Bonnie and Yvette, Alexa and Viola destroyed Team Flare's defenses and went to destroy the stones at the Menhir Trail.[9] While Viola's Vivillon carried her trainer in the air, Yvette told the Sky Trainers to let Viola  lead them. Viola wanted to free the Pokémon from the stone pillars, to stop the draining process. Since Delphox was a threat to them, Viola told the Sky Trainers to have their Vivillon use Hold Hands while forming a circle. They did so, and used Safeguard as well to protect them from becoming burned from Delphox's attacks. Gaining the upper hand, Viola and the Sky Trainers began to rescue the Pokémon from the pillars sucessfully.[10] In the end, Viola came with Professor Sycamore to congratulate the group of Vaniville Town for defeating Team Flare.[11] 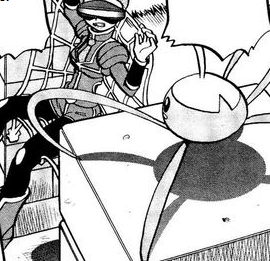 Retrieved from "https://pokemon.fandom.com/wiki/Viola_(Adventures)?oldid=1309330"
Community content is available under CC-BY-SA unless otherwise noted.