Vicky Winstrate in other languages

Vicky Winstrate is character appearing in Pokémon the Series: Ruby and Sapphire.

Vicky welcomed the heroes for coming into their house. The heroes were grateful for the food and water and wanted to offer something to repay them. Vicky decided to challenge the heroes since they did not get many chances to battle trainers, other than her family. After Victor, Victoria and Vivi had their battles, Vicky faced Ash, sending her Camerupt against his Pikachu. Vicky pointed out even if Ash lost, both teams would end up having a draw. During Vicky's battle against Ash, Camerupt used Eruption, so Vicky wore a hard hat against the attacks, pointing out Camerupt gets really angry when hit in the face. Camerupt, however, started outraging and was about to destroy their crops, but was glad a rain had stopped Camerupt. Despite the battle being canceled, Vicky proclaimed Ash as the winner. She also thought a gentle soul came and helped them out. She apologized for pushing her grandson, Vito, to become the Pokémon Champion, pointing one must follow their own dreams. In the end, Vicky bid the heroes farewell. 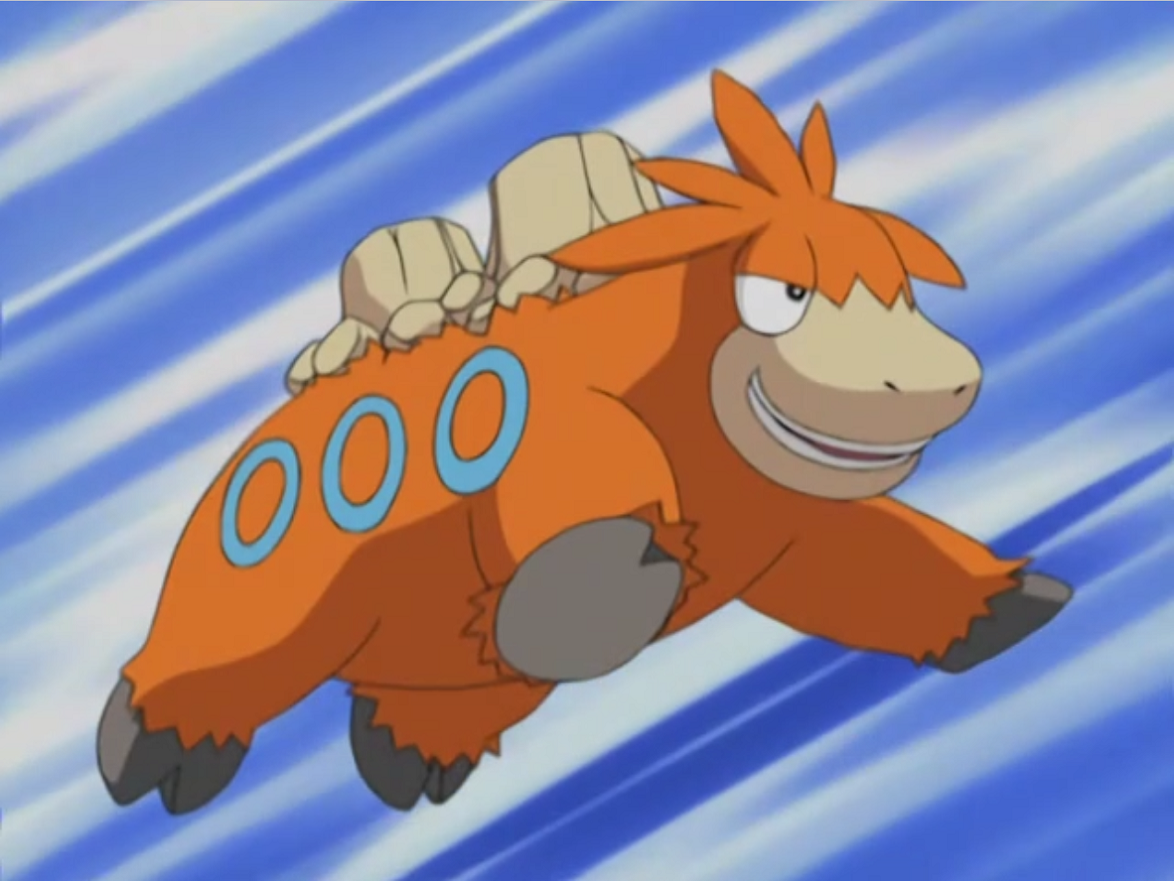