The Port of Exquisite Sunsets

Thunder Badge
Vermilion City is a city in the southeastern part of Kanto. It is the fifth major city in Kanto. It is also the location of the third Gym, whose leader is Lt. Surge. Situated near a sea inlet to the south, it has a Pokémon Center, and a Poké Mart. It is also a major port where ships like the SS Anne dock. Vermilion harbor is a homeport for many ships. The SS Anne sails the world and returns to Vermilion City once a year. The SS Aqua sails to Olivine City in Johto to Vermilion Harbor. The ten Seagallop Ferries sail regularly to all Sevii Islands. Aside from the harbor, the other exits include Route 11 and Diglett's Cave to the east. North of the city is Route 6.

The player character can board the S.S. Anne and S.S. Aqua via the harbor and later on in Pokémon FireRed and LeafGreen, the Sevii Islands can also be accessed.

The Vermilion Gym is located in the south west of the city. The leader is Lt. Surge and he uses Electric-type Pokémon. A tree blocks the entrance to the Gym, but it can be removed using HM01 (Cut).

In Pokémon LeafGreen and FireRed, it appears as a small port town. The entrance to the gym is blocked off with a cut table tree, that can be cut down after obtaining Cut from the S.S. Anne captain. Near the north path, there is a man with a Machop. If you speak to the man, he will say he is getting the Machop to flatten the ground so that he can build a building on the foundation. In the events of Gold and Silver (including the Gen. IV remakes), it is revealed that the foundation is firm but the old man does not have any money to start the project. In HeartGold and SoulSilver, the area is surrounded with a fence, but still has an opening.

Ash battled Surge and earned his first well-earned badge in Electric Shock Showdown. After that, Team Rocket tricked him, Misty and Brock into boarding the St. Anne as part of a Pokémon heisting plan by Giovanni himself. Ash later returned to Vermillion City because he was invited by Professor Oak to Professor Cerise's Cerise Laboratory opening ceremony. Along the way, he met Goh, and they became research fellows of Cerise Laboratory. 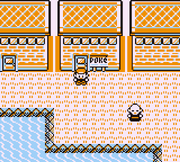 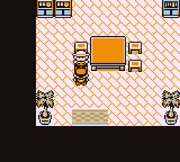 This person will give the player an Old Rod 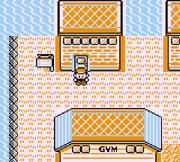 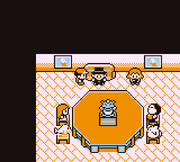 The fan club chairman will give the player a Bike Voucher 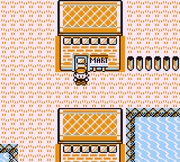 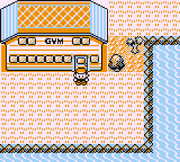 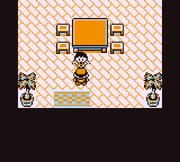 In the Red & Blue Versions, the player can trade Spearow with this person for a Farfetch'd nicknamed "Dux" 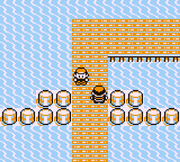 In Let's Go Pikachu and Eevee