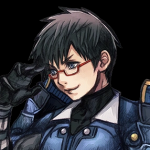 Hey there. I would appreciate your insertion of images, but, sadly, if you continue, I WILL block you. The deal is that those same images are from Bulbapedia; including the sprites you recently added. Tell me, why do you do that? Energy X 14:30, September 8, 2014 (UTC)

Actually, in the case of sprites and artwork, the source doesn't matter since Nintendo has the copyright (as I learned talking with Kyurem and Moonlit Sylveon). Now, if they were screenshots of the anime or games, that wouldn't be allowed. --Shockstorm (talk) 17:10, September 8, 2014 (UTC)

Could you do a quick review on something you like on Pokémon, i.e. Anime, Games & Manga. Don't do the main games from Emerald and up because I have done them already. Here you are Template:Review. Write about what you like. Ellis99 CODE XANA 12:25, September 14, 2014 (UTC)

I sent you a message a while back and Shock got rid of it (I think it was because I called you Blast, I thought you where called Zeref Fullblaster (Skim read)), Anyway, are you good at creating pages because I was wondering if you could create a page on Zinzolin since he doesn't have a page of his own (I'm terrible at what to put in them, i.e. character pages). Ellis99 CODE XANA 19:56, October 16, 2014 (UTC)

A proposal to redesign the wiki is on the table. Please drop by w:c:czechitout to take a look at the new design, then return to the forum thread to give your views. Thanks :) — CzechOut 20:29, October 23, 2014 (UTC)

Good job on the moveset. However, I do think there are a few moves that cause STAB (which need to be bolded). Anyway, I think it is best to start with Gen III Pokémon instead, for ORAS is coming soon. Energy X 20:03, October 28, 2014 (UTC)

Could you replace the sprites of trainer on type pages with their artwork please. Ellis99 CODE XANA 16:57, November 17, 2014 (UTC)

When it comes to uploading images of a character and they are in a game or series, i.e. the Alain file you just uploaded. Could you put the abbreviation of the game or series then the characters name please. Ellis99 CODE XANA 20:07, November 17, 2014 (UTC)

Can you create the Battle Maison teams of Brendan, May (both the same so you should copy it to visa-versa), Maxie and Archie? Tag them onto the existing tabs on their pages too. Ellis99 CODE XANA 19:57, December 11, 2014 (UTC)

Hey, I had removed all those categories por one simple reason, they're not starter Pokémon. Starter Pokémon are the ones that were a Trainer's first Pokémon, not only the Pokémon a professor can give you. For example, Ash caught his Charmander, Chikorita, Treecko, etc., thus those aren't Starter Pokémon. His Starter Pokémon is Pikachu. The same with all Pokémon of that kind.

Hi. I just wanted you to know that I'm not done yet with the type pages. There are still few minor changes I would like to do. So here's why I'm writing this message: I would like you to not edit those pages. I mean, with the Steel and Water types I got confused when I had to edit them, because I follow an specific process when editing. If I had a mistake on one of those pages, you can fix it, in which case, I would thank you. But, if you'd like to edit them with the changes I'm doing, please let me know.

Please refrain from adding templates that are meant on articles to your user page. That is due to the categories that can be automatically added and those categories are also article only and not meant for user pages.--Lordranged7 (talk) 19:10, December 21, 2015 (UTC)

I saw your post you made for X Y & Z games & Diamond & Pearl remakes i will say yes no third alright.

And as for Diamond & pearl remakes yes i'd love Rotom dex in there however they haven't hinted a remake for those games yet if they do it'll be for E'shop and as you know Ultra Sun & ultra Moon are the final core games for 3ds. So with it in mind if they do remake them it'll be for Nintendo switch systems alright?

I was wondering if you could change anything that says "IL" into "TB". Reason is that the episode titles have change. I see that you've changed the links, but they still show "IL" because of "|prevnum" and "|nextnum" in the ep. temp. Also, the "Nihongo" temp needs to be below the "}}" on the pages. Thanks. Ellis99 Volcanion 08:45, April 7, 2020 (UTC)

Retrieved from "https://pokemon.fandom.com/wiki/User_talk:Zeref_Fullbuster?oldid=1228786"
Community content is available under CC-BY-SA unless otherwise noted.