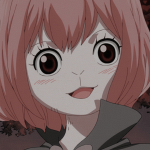 For putting so much useful info on Hey You, Pikachu, if there are other games you play, upload more info on those pages. Ellis99 CODE XANA 17:21, September 10, 2014 (UTC)

Thanks. I plan on helping out with other N64 pages that have a little bit of info like Pokemon Stadium 2 and others.

Can you sort out some of Ciphers admin pages please. One of them needs a Characterbox. Good job on creating the character pages for Cipher. Ellis99 CODE XANA 16:57, September 15, 2014 (UTC)

Thanks and glad to help out!

Yep. Don't worry, I haven't copied and pasted it from somewhere else. It's all mainly from memory like with the Hey, You Pikachu! pages and Pokémon Channel pages. And I just bought Gale of Darkness yesterday so I'm doing edits as I play the game.

While it is nice to see you editing so well, I did some changes, to make the article look neater and more organized. Energy X 18:54, September 17, 2014 (UTC)

Oh, okay. Thanks for the assistance.

the official way of putting
is
and you don't need to put the Japanese name when you are typing the intro bit of a character. Ellis99 CODE XANA 12:16, September 20, 2014 (UTC)

Okay. Will take note of that.

Ah, okay. I see what you mean there.

Okay. Thanks for the advice since there are still characters from Colosseum and Gale of Darkness that need to be created. Some of the more major characters like Nett or Duking.

Sure, I can also check it out.

How are you, do you play Battle Revolution because I was wondering if you could add info to them once you have finished with Colosseum and XD characters. Ellis99 CODE XANA 11:58, October 8, 2014 (UTC)

Yeah. I have played that game a little while back and I think I still game the game guide somewhere. I can help with those articles.

Could you create pages of the red-linked locations on the Orre locations template. Ellis99 CODE XANA 08:13, October 14, 2014 (UTC)

Okay. Was trying to go through them mainly now.

A proposal to redesign the wiki is on the table. Please drop by w:c:czechitout to take a look at the new design, then return to the forum thread to give your views. Thanks :) — CzechOut 03:30, October 24, 2014 (UTC)

Sure thing. I was going to earlier but I had to leave.

When are you going to create the remaining Colosseums because it would be nice to see that the Orre region has all the pages of places. Ellis99 CODE XANA 19:57, November 10, 2014 (UTC)

Okay. Sorry I have been so busy with other things lately. I'll try to get on them as soon as possible.

Not yet but I can look over it.

Ah. Okay. By the way, I noticed you're a fan of Code Lyoko. Let me say that is one of my favorite cartoons of all time.

Yeah. My favorite was Ulrich (I think that's how his name is spelt) because I was a fan of swordfighters. I remember some things but that show hasnt been shown in a long time, it's kinda hazy.

Mine is William because of his powers and his Zeiweiller (BIG SWORD in other words). You should watch them again. I only started watching them again a month or two ago. Haven't seen them in seven years. Speak to you later. Ellis99 CODE XANA 23:42, December 5, 2014 (UTC)

OHMIGODITSYOU!!! How it is possible?

Okay. Will do that in a bit.

Retrieved from "https://pokemon.fandom.com/wiki/User_talk:ZeoSpark?oldid=826588"
Community content is available under CC-BY-SA unless otherwise noted.