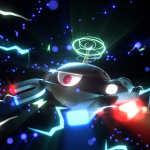 Your page about Magneton has been deleted. While it is true that some wild Pokémon should have their pages, this isn't the case, as Magneton did not have a major role in that episode. It was basically a "background character", where it did what other Pokémon were also doing. Just saying it is not notable to have its own page. Energy X 19:14, July 6, 2016 (UTC)

Slurpuff isn't a guy. The male gender thing in Bulba was actually a guess in their discussion theard before Slurpuff used Attaract. Also, Raichu's tail doesn't lack a point, so Raichu is a guy.

Retrieved from "https://pokemon.fandom.com/wiki/User_talk:Ye10?oldid=894886"
Community content is available under CC-BY-SA unless otherwise noted.