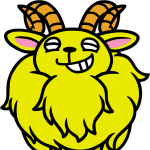 I thank you for inserting the images, but must ask you why do you insert a bunch of random images of characters (excluding artwork), for I don't see an exact reason to show characters in different positions. Energy X 10:31, February 28, 2015 (UTC)

That's why I said excluding artwork, which was a good decision. I was referring to other images instead. Energy X 10:37, February 28, 2015 (UTC)

Well, I got a message today from a user that your artwork is actually from DeviantArt, hence why it is not official. Please remember we use official content, not fan made. Energy X 20:32, February 28, 2015 (UTC)

Hey, Wikiamem/Radek (or whatever you prefer to be referred to here). I have a user rights request here for Content Moderator. If you don't know what that is, it's pretty much admin without the block/ban from chat rights. This will allow me to change page and image names to dub names when those get revealed, and to delete unnecessary pages or images from the wiki (such as vandalism), or to protect pages if people keep making unnecessary page moves or adding speculation, and I have the requirements for it. If you want to vote on it, you're eligible to according to the requirements. I'm also going to need at least 4 supporting votes I believe to pass the vote, since like I said it's the same as admin without banning rights and I already have rollback for at least over a year. PokémonGamer* 21:45, June 5, 2017 (UTC)

You know, those kind of dub edits aren't worth mentioning, because those post-episode scenes are never shown in the dub (neither XY showed them). Energy X 09:46, August 20, 2017 (UTC)

Sorry. I didn't know it was allowed. Some extra scenes are related to some episodes, while the ones are unrelated to episodes because they are just post-scenes which doesn't make sense at all. Wikiamem (talk) 10:29, August 20, 2017 (UTC)

Remember, removing the spaces just makes the page a bit uglier, and the code less readable. Don't focus around removing that so much. Energy X 22:21, August 26, 2019 (UTC)

Retrieved from "https://pokemon.fandom.com/wiki/User_talk:Wikiamem?oldid=1152277"
Community content is available under CC-BY-SA unless otherwise noted.