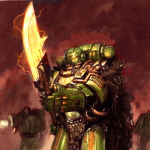 First you make a page called User talk:Vulkan He'Stan/Archive1 or whatever you are calling your talk page, then you move the old messages to the new page and finally add the {{Archive}} template to the archived talk page. Crimsonnavy (C·S·B) 18:57, April 26, 2011 (UTC)

Sure. And I would join project nintendo. - EvanfTalk

I'd be happy to join (I apologise if I'm a bit late). I would probably be able to expand on the move articles in Generation V. Just I procrastinate a bit, so I may not work much, but I will assist in the best way I can.

I'm finally geting around to editing more of the moves pages... Should I edit all of them that need it like i did for Low Sweep, or just the ones without the template? Orban Sirgen 13:49, April 27, 2011 (UTC)

Ok, I'll do what I can... I won't be able to do much this week due to not having a bus pass to get up to the college I attend (which on a side note means I won't be able to attend class either, but that's a side issue... :P), so I won't be able to spend anywhere near as much time on it as I normally would... I'm not concerned about being a part of pokepower or Project Nintendo or anything like that... I just want to make the site as good as possible... lol. And thanks for fixing my mistake with Autotomize... :) Orban Sirgen 23:04, April 27, 2011 (UTC)

It's doing that because your talk page is considered a normal talk page, they don't send alerts when you get a message, but I don't know why it doesn't the history of who last edited it. Crimsonnavy (C·S·B) 20:18, April 27, 2011 (UTC)

I like the Raikou word bubble you made for me. My favorite Pokemon is Raikou.Zombiejiger 11:10, April 28, 2011 (UTC)Zombiejiger

Your page has that thing that shows a trainer and pokemon, how do you do it? I want one on my page.Zombiejiger 11:53, April 28, 2011 (UTC)Zombiejiger

For my word box or whatever it's called put:

Well, I just look at the [[Template:User of the Month/Nomination|nomination]] page and add people from that to the poll, who ever has the most votes on that ends up on the poll. So it looks like Rabbit Lover, ShEAN, Arceus The God of Pokemon, Bullet Francisco and Darknesslover5000 are in the poll. Crimsonnavy (C·S·B) 20:35, April 28, 2011 (UTC)

Could you change the color of my infobox or whatever it is to orange? If you can't, yellow would be good.Zombiejiger 21:39, April 28, 2011 (UTC)Zombiejiger

Wait how do i use the word bubble ?

Hi. Can i join Project Nintendo? Though i am more on the Pokedex Entries.

I don't believe he moved it off site. But I'm talking about the rename/move feature on the wiki. You just never move a wiki blog. As it creates a <insert bad word here that starts with the same letter as my first name> load of redirects that can never be fixed. And it's basically just plain old stupid.

Also, are you still deciding on what wordbubble you should use? Because it'd be easier and quicker to create a template, there's also a way to make them switch between the colors... Jäzzi (talk)

Your template name is He'Stan

I have it able to switch between your nine color combos.

To use it, just follow this <nowiki>{{He'Stan|text=Whatever you want to say here|bubble=}}</nowiki>

And in the bubble= put the number of the template code you want to use. Jäzzi (talk)

Ok i want a Blastoise picture black and white version the top thing with my user page saying: Got some gas. And the talk thingy you know. And thanks but no i dont want an userbox.Monsters exist they are 20:15, April 29, 2011 (UTC)

oh and forgat can yo put green in the bottom and black top plz.

While you seem to have the word bubble making down. Would you like someone to turn those word bubbles into templates for the users? So that they don't have to write the code out? I figured you could do the pretty work and I could do the code bits. Jäzzi (talk)

I've fixed it now, and it should work. I believe I figured out what went wrong, it should've been {{{Text}}} instead of just Text. Jäzzi (talk)

I'm going to check my word bubble here, and at Zeldapedia and MarioWiki to see if there's something going on with them. Or if I just suddenly got really bad with coding. Jäzzi (talk)

Jäzzi (talk)I figured out the problem, it should be the Word Bubble coding instead of the TalkTextReg coding. Then it should work perfectly hopefully Jäzzi (talk) I think I just got really stupid with coding .-. Jäzzi (talk)

Uh, 'cuse me if I sound stupid. What's the dragon team? Jäzzi (talk)

Self-control? I made sure my messages to Jäzzi to make sure they showed I had self-control. I honestly don't approve of what you said, and I'm sorry if that happens to offend you. I mean, I thought you were my friend. I also have happened to be around wikis a very long time, starting in November of 2007 on Sonic Retro, I think I'm more than aware on how to show self control. --Bullet Francisco Don't Be a Jerk to the Bullet! 20:34, May 2, 2011 (UTC)

You mentioned me on Crimsonnavy's page as I need to show self-control, if you meant something else, please change it. --Bullet Francisco Don't Be a Jerk to the Bullet! 20:37, May 2, 2011 (UTC)

Ok, thanks for clearing that up. Jello Rabbit has been working on self-control and is becoming much more mature. --Bullet Francisco Don't Be a Jerk to the Bullet! 20:48, May 2, 2011 (UTC)

Do you still have spots open ? I don't care what type team ,I just want to join a team . If you do have spots open , can I join ? Also if I do join will you explain to me what to do ?

Vulkan I really want to join but im quiting this wiki until my bday (may 16) so if you still have slots open by then I'll gladly join (incase your wondering it's cause I lost my pass to my officialkatewolf so im sad and am going to concentrate on alpha and omega wiki for a while) see 'ya then and farewell for now !

Sound like good ideas, I will make the templates when the time is right, don't forget to have your team members add this template to their user pages and to update it. Crimsonnavy (C·S·B) 20:48, May 3, 2011 (UTC)

My Infobox's Dialga sprite somehow got really large! Can you fix it for me?Zombiejiger 21:18, May 3, 2011 (UTC)Zombiejiger

Does anybody actually use your wiki's IRC channel? Jäzzi (talk)

It's basically like a chatroom. But wikis and a bunch of other sites use them. I was wondering if this site used it, and apparently you guys have a channel, but hasn't been used forever. This is the link in case you were wondering. Jäzzi (talk)

Well, since there's a chat coming out made by wikia, scripting one is pointless. Jäzzi (talk)

XD I would change the colors, but if you look at the page for this, it took about 3 hours to code it. Bullet Francisco (talk)

XD I hope you get use to it in time. Bullet Francisco (talk)

Actuly can I be added to the dragon team ? Even though I lost my account I really want to join PLEASE I really to join a team and dragon is what most legendary pokemon (dragon or phycic these days) I don't care wich team I just want to be part of one .I m a good editor , for proof check out alpha and omega wiki , I already got over 300 edits and i lost my account 2 days ago , please write back soon

thank you for listening

Hmm, I noticed your team is the only one who specializes on the games (which is cool cause I no nothing about the anime really). Could I join it, or do I need more edits first? I've been adding all the learnsets to the Unova Poke's pages, but haven't had a ton of time edit on here cause I got duties on MH Wiki and Homework that I have to do. Anyways it's fine if I can't join at the moment, see ya around. SapphireWave Rain Lover :P 15:25, May 8, 2011 (UTC)

The IRC actually works with school computers. Believe me, as someone who used the IRC in a school library for three months. The only problem with it is Special:Contact'ing to get +Ff for Crimson or someone who Crimson deems fit for the right of founder. And considering the IRC actually has all the functions of the chat you created, there's no point to make another one. Since the IRC is fully running already, and has been for a while. Also, if they're younger than thirteen, then they shouldn't even be on the site. --Jäzzi(Talk) 18:45, May 9, 2011 (UTC)

Well that's not our fault if they're only using a school's computer. And an easy way to simplify what you did for the Pokémon Wiki:Chatbox page, is to bring it on site. Which is actually easily done with slight .js or .css --Jäzzi(Talk) 18:52, May 9, 2011 (UTC)

I tend to get coding ripped from me a lot. And I just like being asked so that I'm able to fix something if something goes wrong or anything. And yeah, for the text what would you like it to look like? I do have a Pokémon font. --Jäzzi(Talk) 19:20, May 10, 2011 (UTC)

I actually don't watch/read Deathnote. But yeah, by my age, I should be drinking coke and soda. I might be the only fourteen year old you'll meet who drinks coffee everyday. --Jäzzi(Talk) 19:33, May 10, 2011 (UTC)

You can!!!!! We will not match up! Stunted Slime! - Smart Bulbasaur

I coyped him. I am not that stupid. And for my picture editing skills, I could not find a png. - Mad Bulbasaur!!

Why would we need that? - EvanfTalk

Oh. That is pretty good.:) - EvanfTalk

I tried to edit user page and my infobox got scrambled somehow can you fix it for me?Zombiejiger 11:03, May 15, 2011 (UTC)Zombiejiger

The person who edited Ash's Tepig before me put $ as S and also wrote some trivia that did not make sense. I deleted all of it but you should look at the history of the page that comes before Zombiejiger. Zombiejiger 18:48, May 20, 2011 (UTC)Zombiejiger

Welcome back! You came back just in time, I am going to start removing inactive memebers of the Pokemon Teams next week.  Crims

Since Evanf is no longer leader of Pokemon Teams, maybe you can take over, I am too busy to run it as a leader and you are very dedicated to it. As long as you don't go inactive for a while, you would make a good leader. What do you say?  Crims

Great, I revamped it yesterday to steam line a it little more. I will announce you as the new leader on the [[User_blog:Crimsonnavy/Pokémon_Teams_updates|blog]] I created. Good luck. Crimsonnavy (C·S·B) 00:14, August 20, 2011 (UTC)

can team rayza have a mascot that can be a legendary pokemon like rayquaza(thats what we're shooting for)Nighthawk 00:42, August 23, 2011 (UTC)

Just a question, if you're head of the teams and in charge surely you shouldn't be in the Dragon Team as that would be unfair and people could view you as biased? -- Hstar (Talk) 17:47, August 27, 2011 (UTC)

Hey I would like to know if I could be that captin of the electric team again. I would rename it something else.Bakugancollecter...Captin of the Electric team 22:46, September 8, 2011 (UTC)

Retrieved from "https://pokemon.fandom.com/wiki/User_talk:Vulkan_He%27Stan?oldid=626744"
Community content is available under CC-BY-SA unless otherwise noted.