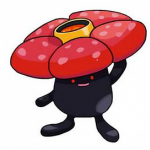 Am I the only one?

Next time, before uploading an image, please change the file name. The latest one you uploaded had a gibberish name. Energy X 22:05, March 24, 2016 (UTC)

Retrieved from "https://pokemon.fandom.com/wiki/User_talk:Vileplume_Viler?oldid=863275"
Community content is available under CC-BY-SA unless otherwise noted.