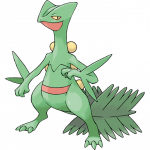 When it comes to Japanese name's of Pokemon and characters, put it underneath the name of the Pokemon or character in the infobox and when it comes to asterisks, don't put a space between the sentence and the asterisk. Just to inform you. Ellis99 CODE XANA 10:17, November 18, 2014 (UTC)

As muich as we appreciate your edits, I must ask why do you isnert some strange, unneeded stuff. I had to remove bits and pieces. Energy X 12:34, November 18, 2014 (UTC)

I meant that is not a good idea to copy any contents from Bulbapedia and paste them to this wiki! I never said that Bulbapedia contains bad work. Nectaria

Like what Ellis99 said, putting ":en" to the links isn't needed! I always adding links without the ":en". Nectaria

If you are going to add the names of voice actors and actresses, could you make those names links, even if they are redlinks because they will be created in the near future. Ellis99 Volcanion 11:43, February 27, 2016 (UTC)

Please do not add Pokémon to the rival's Pokémon category. To make things more organized, we'd use a category of a character whom is a rival, where it lists their Pokémon. For example, Drew's Pokémon. If a Pokémon belongs to Drew, they should have that category, which in turn is already subcategory for the Rival's Pokémon category. --Rai 水 (talk) 18:30, April 21, 2016 (UTC)

Retrieved from "https://pokemon.fandom.com/wiki/User_talk:Tama71999?oldid=805743"
Community content is available under CC-BY-SA unless otherwise noted.