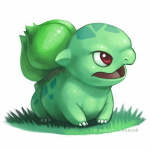 If you know that for sure, you can add it to the page, just give the source for it in the summary above the publish button. Also there is no need to message every admin about it, one is fine.--Lordranged7 (talk) 15:11, November 20, 2015 (UTC)

When uploading images, please state in the name which Pokémon uses it. Like this should be called Celosia's Manectric Shock Wave for example instead of only Shock Wave.--Lordranged7 (talk) 14:26, December 24, 2015 (UTC)

Apologies for Kyurem uploading the same images right after you did - he has done that to lots of people. Anyways, he's been deal with now. Your recent uploads look good. --Shockstorm (talk) 06:09, January 4, 2016 (UTC)

Shouldn't the pages you just created not be named lik this: Machamp (Pokkén Tournament), with the space between "Machamp" and the first bracket? Just checking.

There is absolutely no need to have seperate pages for the Pokkén Tournament Pokémon. They are just Pokémon appearing in a game, like other games, and that's it. It should have a section on the Pokémon pages but no seperate pages.--Lordranged7 (talk) 20:29, January 15, 2016 (UTC)

I meant that they should have a section on their own page, like Blaziken's info from the Pokkén Tournament should be on the Blaziken page.--Lordranged7 (talk) 21:38, January 15, 2016 (UTC)

Do not yell, it is against the rules to write in caps - makes you seem to intimidate others.

Nevertheless, that's the problem with previews, one cannot say for sure what moves do the Pokémon use, at times. It is a possibility Slurpuff used Cotton Spore or even moves it cannot use, like Clear Smog (same like Nini's Smoochum or Sawyer's Slurpuff). Anyway, for the best, we shouldn't speculate things. Energy X 23:10, January 22, 2016 (UTC)

Alright then but you are replacing the already added Cotton Spore image with a less quality one and that is not needed.--Lordranged7 (talk) 20:52, January 28, 2016 (UTC)

I removed them simply because there is no need to spam not really important images on those pages, same for Lunala.--Lordranged7 (talk) 22:10, June 6, 2016 (UTC)

Next time you upload images of already existing images, just upload a new version of the existing image with yours. That will make everything easier and your files need to renamed anyways.--Lordranged7 (talk) 18:04, June 7, 2016 (UTC)

I'm just letting you know that for pages like Water Gun, you uploaded an image merged of two although it is a bit unnecessary as when you put one of those into the previous generation gallery, it will stretch the gallery too much as seen on Fire Punch's page. For that reason I created a way to bypass that. Take a look on how it is done on Energy Ball's page. Two seperate images in the same infobox. That way we'll take one image and place it in the gallery if it calls for it. The other will just be deleted after. So what I'm saying is to upload the images sepetately, instead of merged. Some pages don't have the newest infobox template so take a look at the infobox used on Energy Ball's page. Also we name the images by its name then generation it came in. So it should go something like "Water Gun VI". --Rai 水 (talk) 18:21, June 8, 2016 (UTC)

I thought I told you that uploading merged images could be problematic. Well at least it is for gallery sections, but to be consistent, uploading images seperately should be done. Like how you did Water Gun. By uploading a merged image we'd have to download the image, crop out one image, then teupload it, then move the image to gallery where instead we could easily pick one image of the two and put in the gallery. --Rai 水 (talk) 17:01, June 11, 2016 (UTC)

I seen that you did upload two seperate images for Water Gun. The other one got deleyed, most likely due to bad naming or something. When uploading two images I name the second one like "Water Gun VI-2". But, "Water Gun VI (2)" could work too. I guess it's not a big deal right now because it's in the infobox, but at a point it may be put into the previous generations gallery box and then a bunch of cropping, reuploads will have to be done and it's just unnecessary work. --Rai 水 (talk) 18:15, June 11, 2016 (UTC)

There is absolutely no need to replace the current images with yours. The existing images are fine as there are now.--Lordranged7 (talk) 23:06, June 14, 2016 (UTC)

Look at the message above. I referred to message of Rachin that will give you the answer about those merged images, not changing the subject at all. Just saying that you should look at Rachin's message for the merging images issue since he basically solved that problem if you want to show the 'full animation' of the move.--Lordranged7 (talk) 17:37, June 17, 2016 (UTC)

If you mean in the infobox, it's done automatically (just needs the correct file name). If you mean anywhere else, you'd have to upload the file (just like you do it with an image) and place the file on the article. Energy X 14:05, June 25, 2016 (UTC)

When uploading gifs, make sure they are big, have good quality because the ones you uploaded were all pixalated looking, and also try to find gifs that don't leave a water mark like how your gifs say "imgflip.com" --Rai 水 (talk) 20:15, July 5, 2016 (UTC)

Aw that's sweet. How about instead when you upload, write in the description credit given to where you created the gif. And this watermark is not the only problem. The gifs are too small and have bad quality. --Rai 水 (talk) 20:35, July 5, 2016 (UTC)

Please categorize your images in the right category. So for you latest ones that would be with this category. Also, carefully check whether or not an image needs to be replaced. Not all are that bad of a quality.

Okay, let me explain it for you. If you click on the image, a screen will pop up and you can click the image title. Then you will go to the article of the image. You can either write the category at the bottom of the page, where it says Add category, or edit the page. In the classic editor mode, at the right, there will be a category section, where you can write the category best suited for the image in the bar where it says Add category.

I hope this helps.

Please only add the Generation Image category to images. The other ones are not needed. Also, please be very careful in choosing which image to replace. You are replacing a lot of fine images that don't need to be replaced.

Again, please refrain from replacing images that don't need to be replaced. Also, you could also upload your image over the existing one by clicking on upload new image on the existing file page as .png is preferred over .PNG. If you continue this, it may end into a ban.--Lordranged7 (talk) 12:40, February 7, 2018 (UTC)

Seems like you have been ignoring some of the above messages. Again, adding new images, please move the old ones to the gallery and categorize them with the right category ([[Category:Generation VII move images]] in this case).--Lordranged7 (talk) 12:01, August 9, 2018 (UTC)

It seems like you're still not listening or ignoring the multiple messages that have been sent about this topic even after being blocked. Again, when placing a new image in the infobox, please move down the image that was placed in it to the gallery if it isn't already in it. Guess you don't have to move down the Gen VII since Let's Go is still the same gen sort of. If you refuse to comply with it, you will get blocked again.--Lordranged7 (talk) 21:17, November 28, 2018 (UTC)

You have uploaded some photos of Let's Go Pikachu and Eevee games. So please add them to the articles. Energy X 19:51, February 7, 2019 (UTC)

When you change the images could you move the old images to the gallery section of the page, instead of removing them entirely? Just saves time if it's all done in one edit. Cheers.

Edit: So having seen the above messages I guess this was a kinda pointless message lol.

Edit edit: I would guess this might be something you're not confident doing, as you use the visual editor and may not be familiar with the source editor. Just ask if you need help. It's obvious that you're genuinely trying to improve the wiki so I'm sure an admin or somebody would be happy to help you out, rather than bugging or banning you. Jazzcookie (talk) 09:11, May 3, 2019 (UTC)

If you are going to upload images of Generation I moves, at least place them on the top, and rename the files without brackets. You have been warned to do this already. Energy X 09:33, May 13, 2019 (UTC)

It's just to tag the file and rename it something else. Even during the upload you can change the filename. Energy X 14:01, December 28, 2019 (UTC)

Retrieved from "https://pokemon.fandom.com/wiki/User_talk:TG12?oldid=1184972"
Community content is available under CC-BY-SA unless otherwise noted.