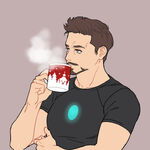 Previous conversations have been archived. To see them, click here.

I don't think creating a template is the issue as one already exists as shown on this page. If you want the height and weight included on it, it can just be added to the current template among other things. --Rai 水 (talk) 18:47, May 26, 2016 (UTC)

I found two backgrounds and these are NOT homemade.

Can you please add them to your form?

If you want, I can make them even bigger.

There is a new forum up, and I would appreciate it if you placed your opinion in it. The link is right here.  —Preceding unsigned comment added by Rachin123 (talk • contribs)

Well, my rights have not changed, I am still a rollback here, but someone (I believe it was Energy X), changed the colors for users with some rights, like green for content moderators and red for rollbacks.

Only users with rights (Content Moderator, Admins and Bureaucrats) can rename images if they are already uploaded to the wiki. Yeah, you can, message me about the image and I will rename it for you when it is necessary.--Lordranged7 (talk) 21:50, June 28, 2016 (UTC)

It's okay that you have been busy, you can't help that either, and I will try to help as much as possible with the TCG pages. I will help whenever I have time, and am not busy at other wiki's.

Well, we had one and no one was using it so I thought I should start adding images to the table.

They have been changed. The current layout was very messy, it wasn't very practical and certain things were missing. You can join in to change that, like this. Energy X 12:36, February 6, 2017 (UTC)

Go to images which is in the explore section and just click on add a new image to upload your image (with more options to add licensings, categories etc.) Or use Special:Upload.--Lordranged7 (talk) 22:58, July 24, 2017 (UTC)

Scratch that, it's best to use the latter link because it allows you to upload without need to go back and edit the rest in (summaries, licensing, categories, etc.), and yeah, I'm aware how Japan Standard Time works (I should, as I have to translate it to my own when watching new anime episodes on the TV Tokyo channel), according to which it's the morning where you live, so that's why I waited here to send you this. PokémonGamer* 00:16, July 25, 2017 (UTC)

I think you may likely know the language better (as you have a tag on your page saying you speak Japanese) - this character in the Adventures manga has what appears to be kanji on his shirt. I can read as well, but all I have is the first one (likely) being 太 or 大, I can't determine the last ones (which there's two of them I believe after that). I've tried doing some digging and found nothing, but if indeed they're kanji (which they seem like), it would be best to know which kanji they are. That or it could be a single kanji underneath 太 with seven lines around it.
Edit: Either that or it could just be merely Chinese after the first one (and not anything used in the Japanese language, there's no kana letters over to the side otherwise it'd be easy, and I'm also able to know which certain characters are in the Japanese magazine summaries of anime episodes just be knowing what it looks like if I've never taken any time to learn it), as I've tried writing the kanji myself and see if I can find anything looking it up and I've gone through all the standard kanji lists and found nothing. The only thing I have is that the first one is likely 太, as the ones 犬 and 太 use the 大 radical which I recognize. PokémonGamer* 08:53, August 3, 2017 (UTC)

Thanks, I posted that (and from what I found, they're two words as well), and yeah I already knew 太 was that, and that the kanji 魚 also means that (as for what you said), however 魚 wasn't at the top of my head, so I couldn't tell what it is from the handwriting used, I thought it could have easily been another one but the lines are just off to the side writing it seems. PokémonGamer* 19:29, August 3, 2017 (UTC)

Hey, I have fixed the page. You had to put the file name at the |file = parameter, and you had your file name slightly wrong. It didn't have a -, but just a space.

Retrieved from "https://pokemon.fandom.com/wiki/User_talk:Starlite7827?oldid=1109680"
Community content is available under CC-BY-SA unless otherwise noted.