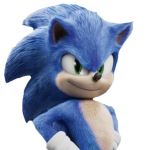 What video are you referring to? There are many videos on YouTube that's titled "Serena will return to Alola confirmed" that simply say it is hinted and not confirmed in the videos themselves. There's one video I found claiming it's from a magazine scan, and that they were reading translations saying that Serena will return, but I would need to see the scan for myself because I couldn't find one saying that. Additionally, I would like to see Serena return, because I do miss the Kalos episodes, but we need to know if it's confirmed or if the video you're talking about says it's possible. PokémonGamer* 02:37, June 18, 2017 (UTC)

Retrieved from "https://pokemon.fandom.com/wiki/User_talk:Sonic879?oldid=972016"
Community content is available under CC-BY-SA unless otherwise noted.