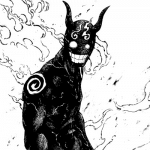 The reason why I didn't leave was because I left the chat open. I was eating diner. I'm sorry, and I'll meet the 25 edit.

Thanks for your nice words.By the way can I ask you something because you are a chat moderator? Today I tried to write some things to the chat box but they didn't appear on the screen.Do you know why? For everything that you need don't hesitate to ask me. :-) ← Donatello→ • ← Leave me a message! → 07:42, March 10, 2012 (UTC)

Hello, I am sorry but your application for PokePower has been declined. You reached the currently revised rules for declining applicants. Feel free to try again in 20 days, although I would suggest that you wait until more users are active.  Crims

do you wanna skype with jazzi, i try to c all her no answer

oh ya and you gonna do TE again? you can donate it to wikia. I'll be active there as long as others are. The wiki broke up cuz we kept swearing. I'm enforcing better rules to prevent another breakdown.

People often don't know what preview is when they're newer. Can't really blame them. Next time, Dekushu, I recommend using preview, it helps you see the changes without saving. Jazzi 18:03, June 23, 2012 (UTC)

Well, I did also say it's not guaranteed that I will stay here. It really depends on my personal life and if I have the time to do it. :P I'm still deciding if I should stay to help watch vandalism, however. Bermuda • Triangle • 01:06,7/12/2012

Why am i BLOCKED?

I have nominated you for bureaucrat with the move happening soon. Remember, as it is a nomination for you, you yourself cannot vote. You can however, accept or decline the request. – Jazzi (talk) 19:26, August 4, 2012 (UTC)

Hi there, Sorry about that, I did wonder, though! Thank's for letting me know! P.S. How do you like my signature? Template:RogerSig

Hay, Slay. Do you want to take over the Facebook and Twitter? Jazzi and I have control over them and we don't need them on the new wiki, so I was wondering if you wanted to take over control.  Crims

I will take over the Facebook page. but I cant take over the Twitter page, because my computer won't allow it. and I've already asked my mom to allow it.

I might as well reply here, you are appearing as orange. To add or remove people from the highlights, edit this page.  Crims

Thanks guys. but Jazzi jumped up and got it. I found it after she told me she did it.

why i should be a staff member for your site

Hi how are you. My name is chris burnham and i hace been a big fan of pokemon ever since it came out. You see im asking if you would be accept me and put me as a staff member i know im new to your site but i have studied alot of the mysteries and strange things that will appers in alot of the older of the games.

For example the lavander town mystery of pokemon red, blue, yellow, and green compared to the second gen silver, gold, and chrystal

their is a lot of different beliefes to the lavander town syndrome and i believe the inventors of the first generation made a mistake with the strange music and they couldent really fear it considering their age and how their hearing was. well i believe in the first it was like a programming mistake that made it louder leading to the sucides and crazy nightmares people got from them. You see i believe the whole headahce and nightmare stuff since i played and the game screw me over abit but i loved the game so i kept playing and was sure it would change.

knopw for the second generation they fixes it because the creators realized their mistake and knew what did so they changed so the gaming franchise wouldent go down under.

I have more stuff to discuss but this is an example. —Preceding unsigned comment added by PokeDude101 (talk • contribs)

If you're interested in editing a wiki that's about, then check out my wiki http://pokemongaleofwhirlwind.wikia.com/wiki/Pokemon_Gale_Of_Whirlwind_Wiki. --Maximumxero16 (talk) 21:35, August 20, 2012 (UTC)

Yes and this isn't the only example. There are numerous more that have been put into the Candidates for Deletion category. Rainbow Shifter (talk) 18:02, August 23, 2012 (UTC)

Yes, I was planning on doing that (as it says on my to do list to edit and check over stubs) but after looking over some of them yesterday I noticed a paramount of mistakes. I have edited some already (even though on Recent Wiki Activity it just looks like I've added categories). Rainbow Shifter (talk) 07:39, August 24, 2012 (UTC)

Yeah I'm just an anime person more than a game one. I haven't really watched all episodes either but I use certain websites that have all of the episodes on and that helps a lot. Rainbow Shifter (talk) 14:54, August 24, 2012 (UTC)

Taken care of. Thank you!

I'm also going to check if there are any other Pokémon pages that need their learnsets creating because this can't be the only one. Rainbow Shifter (talk) 21:21, August 27, 2012 (UTC)

There was a registered wikis vandal that went by the name of AquaBooty who was replacing content with some gibberish, editing out pictures and putting things like "Bulbapedia is better than this wiki". Please block him, but I have reverted all of the edits that this person has done. Rainbow Shifter (talk) 12:44, August 28, 2012 (UTC)

Naw it's okay! How long is he banned for, about a month? That's probably the best length of time, I think he kinda wanted to be banned though seeming as he made them other pages. Rainbow Shifter (talk) 13:55, August 28, 2012 (UTC)

User:JasonL, please, for about a month; reason being that he was copying from Bulbapedia multiple times. Thanks ChaosVoid 07:34, September 1, 2012 (UTC)

You're welcome, and I will help here a lot to make it better as Bulbapedia and Serebi but with it's own source of information and I believe that this wiki can make it. I like to do very hard work that hasn't been done around the wiki and I love Pokémon since it started and I will share my knowledge to this wiki. KidProdigy (Local Userpage ⁝ Local Talk) 18:25, September 3, 2012 (UTC)

Thanks, but I'm already aware of that. I mostly uploading pictures that I got myself. But thanks for telling me. KidProdigy (Local Userpage ⁝ Local Talk) 14:18, September 4, 2012 (UTC)

I know, it is boring to delete stuff constantly. But thanks I will keep doing my best to improve this wiki. KidProdigy (Local Userpage ⁝ Local Talk) 14:21, September 4, 2012 (UTC)

I want you to tell this user:

67.250.74.212 to stop answering the questions in the episode plots. They are not meant to be answered, they are meant to add suspense, at least until a user who can write episode plots as good as the ones in Bulbapedia and Serebii without copying them shows up. You think you can do that for me?

I understand. It won't happen again.

Okay! Have I not been using them right recently or something? It's much easier now because Jazzi and Bermuda are more active at the minute. Rainbow Shifter (Write to me) 16:45, September 25, 2012 (UTC)

I think I've just missed you! I'll wait for you til Friday then but I might not be able to be on a lot tomorrow as I'm going on some Art coursework trip and shiz for school! Rainbow Shifter (Write to me) 20:56, September 26, 2012 (UTC)

Very sorry to inform you that User:Jazziman123 is doing bad edits and putting slangs on important imformation btw i did undid his edit thank you for your time.

Re: Hello & a Late Welcome

This is Trainer Micah how are you doing? & Welcome to the Pokemon Wikia

I Got your message late last night when you where on and i was off due to work..

Anyway Winxfan1 someone who i know as a user asked me to do episode articles of Black & White Episiode's from 5 to episode 82 for episode's plots in full detail & as you know i need help with the big job with manny user's who i can find on here that are ready to voulinteer as a user to help me & her restore these episode plot's on the episode's...

So you know what i am about to ask so here it goes: Can you as a admin user help us out restoring these article it would really help us maybe x3 faster then usual & 'So As Sly would say: Are you in or out?

Oh by the way are you as a user a big fan of anything like Sly Cooper or any of the Playstation 2 game?

If so i have to ask you what is new with the new game of Sly Cooper?

Should we be having the Pokémon TCG Cards on here? I haven't found any before but I've stumbled on this: Department Store Girl (Arceus 85) and I wondered if we had a TCG Project or if we should make one. Rainbow Shifter (Write to me) 11:17, October 12, 2012 (UTC)

Well I thought we could do the naming like "Name of card (Expansion it is from and card number)". And maybe we could just start with one expansion and then build it from there and perhaps let people know via the News Feed? Rainbow Shifter (Write to me) 17:54, October 14, 2012 (UTC)

I personally would like to help you guys with the TCG Project :). Here, I already made a template for the TCG Support Cards. http://pokemon.wikia.com/wiki/Department_Store_Girl_(Arceus_85).

Seems pretty legit. You guys follow through with this, Blugo you need to put your name into your signature.

Damnit I don't have to sign my own talk page. ~Slay

Hi Slaying. I'm Joe from Wikia. The recent change to the Wikia skin slightly changed the width of the columns of the page. As a result, the content of the right column of the main page is currently appearing at the bottom of the page, below the left column's content. All that needs to be done to fix this is to add this small bit of code to MediaWiki:Wikia.css:

If you would prefer that I make the edit, let me know, and I will. JoePlay

Just wanted to let you know that I made the edit to MediaWiki:Wikia.css, and the main page columns are now displaying correctly. Keep up the great work! JoePlay

Could you please do something about the page Camo?

Hey, if you could please delete Soran and Rīku, that would be great. It's been plagiarized from the new wiki. Thanks chaosvoid 00:30, October 22, 2012 (UTC)

Retrieved from "https://pokemon.fandom.com/wiki/User_talk:Slayingthehalcyon?oldid=352852"
Community content is available under CC-BY-SA unless otherwise noted.