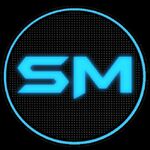 Sorry for the late response! I think it would be better if you report it to the Wikia Staff about underage members since it is rule by them and not necessarily by us.--Lordranged7 (talk) 23:55, March 15, 2018 (UTC)

I saw your message on Saksham's talk page and you have my premission as a moderator to post a drawing competition in discussion post Sagnik,

Reason Saksham may not reply in message due to exam's as such and well if you want go ahead premission granted.

Note if Saksham told you via Discord then nevermind okay so you know as such & Good Luck with the competition & remember i'm not going to participate in that okay anyway if needed i'm on discussion.Trainer Micah (talk) 18:23, March 18, 2018 (UTC)

Why are you mean to CupcakeDancerTheSecond

Why are you so mean to Cupcake? Cupcake said she will edit her faceswap blog. I am making a movie based on Cupcake’s Serena theory as well.

It was Eevee Brownie so you know check wiki activity out should see him/her under your user talk editored 1 day ago kk. So you know thought i'd help and always welcome.Trainer Micah (talk) 18:35, March 20, 2018 (UTC)

Or maybe I’m being mean too.... But be sure to look at Cupcake’s YouTube video for her Serena theory! - Eevee Brownie

If you feel like the mod is not on and you wanna do that work in hurry, instead of messaging on talk pages, just tell that in off-topic posts, ok? If we find that at the moment, we are always ready to help you, ok? All the best about holding competitons and all. We are here to help you! Sasake Haise (talk) 15:41, March 21, 2018 (UTC)

From what I see, there's very little evidence that suggests those two users are the same. Come back when you have more proof. Energy X 12:52, June 17, 2018 (UTC)

I have a Atlas post up remember the user TheWikiOddish he or she made one not long ago i unlocked his post if  you all want a Atlas game started again so you know with Machoke start's with E.

And well if that doesn't work i can always throw in a Pokemon Showdown post in we're you all could do a battle remember how you guys would pick a senery write out the pokemon in choosing attacks hit points and winner & so on in battle like with rules as such chosen by you like.

Mega evolution or not for rules i could do something like that if you all want to do a battle or something? Especially with wi-fi up i can do it with g.t.s even sense i'm about to battle the Alola league & sense today's the 21st i have 9 days left til i leave for Arkansas so battle's can be hit today through the 30th which is Saturday.

And well if that doesn't work you all could have a 90 questions & quizes post where i said you can even create/make a separate post but upto three a day it can be lengthly put as you know i want it done by with answers reason mixed media post closes and well i will remake the posts so yeah the next date it closes is Saturday the 23rd so yeah plenty of time.

Reason i usually skip at at least two days apart so here's mixed media post date on closing's Monday Wednesday Friday Sunday Tuesday Thursday & Saturday so you know as a skip around & sense i'll be back on July 15th then yeah i'll create anew mixed media post that day.

And these are the games i could create if you want me too? As well as Shashank or Saksham or Bill if there online other than that yeah i can see the spammers and we're doing our best to clear them out alright so you all know & can have fun for the summertime.

I'll create several competition's outta these and hey if a spammer's spotted "do report it" I don't want any user spamming nor disobaing the guidelines alright i recently spotted a user yesterday you know Krishna Bhidon i think it was the user's name was?

Well remember when she said she spammed she didn't but sockpuppeted her account instead i looked through her profile on discussion post and (Yeah) to say she sockpuppeted her account(s). I told Energy X and gave him the link's so yeah. I'll have none of that in discussion if it continues then competition's & games are going to be less & less reason well i know you all have exam's upcoming & I really don't want to disturb those alright.

So you know & yeah do read my 90 quiz or questions post again if you want too you can make a compilation out of that you know where someone can fill in the blanks like a guessing game where only you know the answers you can do that can be upto twenty apiece like i said add more if needed.

Or do Showdown post start posting battle's? Or drawing compilation's you know were you can do drawing's but has to be in mixed media post alright i'll make anew post if you want a competition for that so you know & read slowly i'll be on all discussion if needed reply in off topic & i'll be there kk so you know as such & catch you later.Trainer Micah (talk) 05:38, June 21, 2018 (UTC)
Also yeah i'm doing good may want to look at Shashank's post he posted see if you agree with what he says and kind read my reply as well so you know as such have a great day ahead i'll be on in a while after some sleep see off topic mixed media & Shashank's post & if you agree with everything then say it in off topic kk. Anyway am out later.Trainer Micah (talk) 07:59, June 21, 2018 (UTC)

Retrieved from "https://pokemon.fandom.com/wiki/User_talk:Sagnik_Mukhopadhyay_333?oldid=1060295"
Community content is available under CC-BY-SA unless otherwise noted.