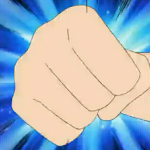 When you do comments on blog's remember to make your picture's less bigger go like this one, it'll help with comment's. That or you can go by the one on there as example alright. So you notice as example. Regards...Trainer Micah (talk) 02:01, June 2, 2017 (UTC)

Please do not change information on episode articles without taking some time to actually watch the episode, otherwise you may be adding false information. The Charjabug in the ground, which was as of then in the episode unidentified by Rotom Pokédex, was what actually shocked Ash, not Pikachu and this isn't a usual occurrence like that since episodes like IL001. PokémonGamer* 18:20, June 6, 2017 (UTC)

I'm just going to let you know, just do not add that Pikachu is what electrocutes Ash in the episode. It's okay to add it to your personal userpage, but just not to articles as it's false information for which there will be consequences. PokémonGamer* 18:25, June 6, 2017 (UTC)

I Changed my photo to an Electro Iron Tail due to revert Pikachu[[User talk:Redosign|CHUUUU!<font*</font> June 6, 2017 (UTC)

OI006 has a error in the page. Is Metronome debut. Not here. It debuted in IL006. User:Redosign ==Colbreakz== 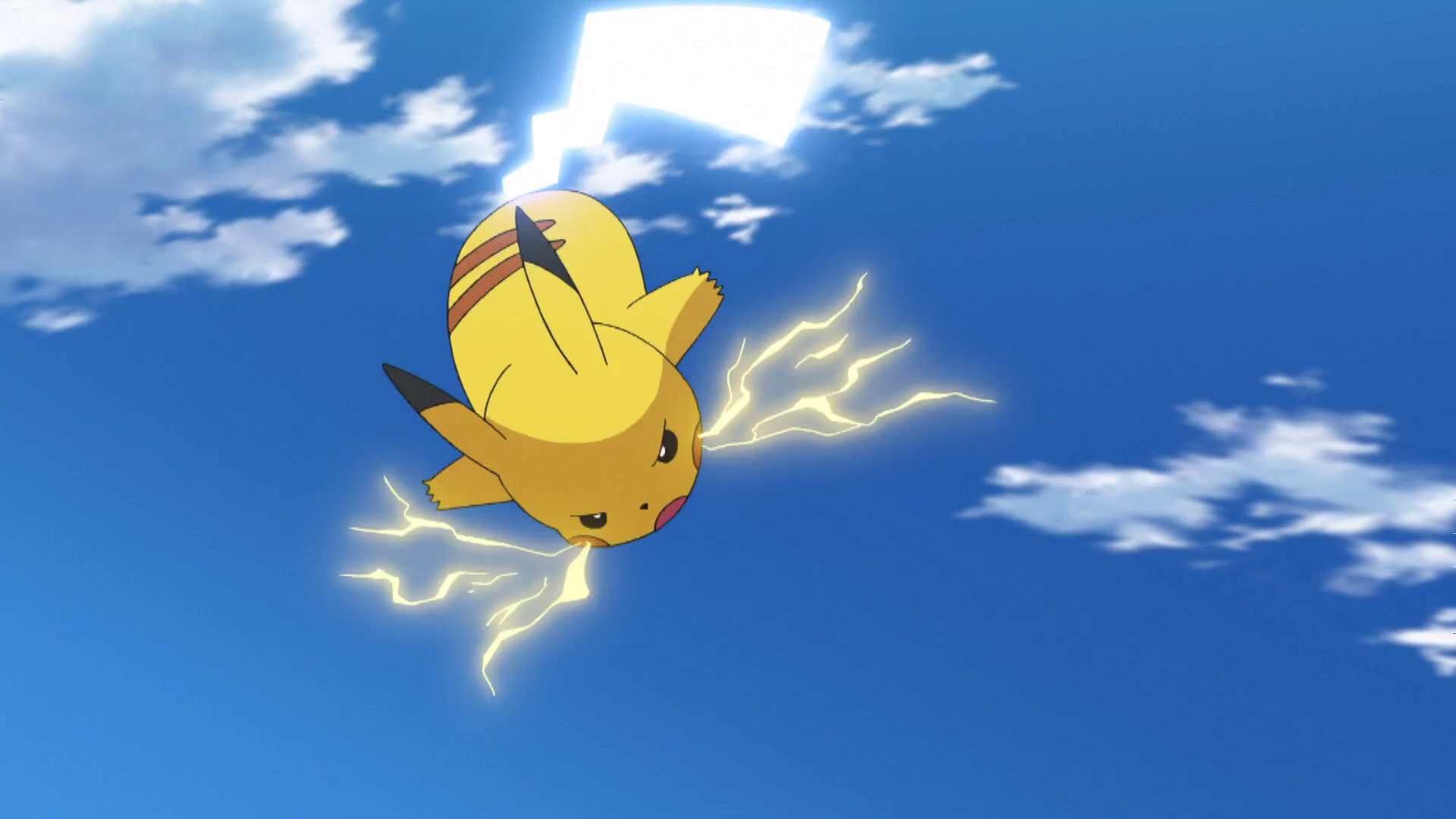 Second warning. Please make sure to write proper sentences. Also, some of the trivia you wrote is wrong or just not that notable. There won't be a next warning. Energy X 19:23, June 7, 2017 (UTC)

Okay, then you're going to need to disable this account or leave this one inactive or else your new one is considered a sockpuppet. Your warnings from this account will apply to your new account as well. PokémonGamer* 19:40, June 7, 2017 (UTC)

And I know this is off topic, but you are doing the same thing you do here on Wikipedia, where you are adding a fake company claiming that it is affiliated with OLM/TV Tokyo, and claiming they "wiped" the Porygon episode out of existence in the company archives - they never did such a thing, and Hulu Japan's releases of Indigo League episodes have made it self-evident that episode 38 still exists within the companies' archives, never to be shown again. Please cease making these insane problematic edits on both Wikia or Wikipedia and you will be able to edit both sites with no problems, as you are on the verge of being permanently blocked on Wikipedia. PokémonGamer* 12:26, June 29, 2017 (UTC)

Now that you're back

Just a gentle reminder, you are on parole. If you continue to make disruptive edits on here and insert false information (as you were doing on Wikipedia which got you permanently blocked), the next block will meet with far harsher consequences in terms of the length of the block. PokémonGamer* 20:25, July 14, 2017 (UTC)

Do NOT copy images or other content from Bulbapedia. The newest versions of Ash Pikachu Thunderbolt.png were copied from Bulbapedia and a slightly lower size than the one we already have, so I have deleted your versions from this wiki. If you have an updated image you think may be better (without all that yellow), tell me which episode it's from (or Kyurem) and we'll upload a better image. PokémonGamer* 04:26, July 15, 2017 (UTC)

Reply about the whole yellow thing: Kyurem147 has already changed with the yellow one for a reason, and we've already been okay with keeping that image, so you should ask him before reverting it back. Besides, both images are XY series images, not Sun & Moon ones. If it's from SM003 - then okay, I'll grab an image from that. And please do not spam your talk page with images, no offense, but it makes it distracting and harder to navigate. PokémonGamer* 05:49, July 15, 2017 (UTC)

Edit: The image gallery I've checked on another site doesn't show it. If it's not from that episode, then it's from either of these:

I'm going to give you a right to explain yourself. For example, why did you write this to be a wild Pikachu, when it isn't wild at all? Second, why did you add that fact about Bulb's incorrect number, if such facts have no place here? (Meaning that why would we list that kind of trivia?) Finally, why are you insisting that Pikachu's Thunderbolt image is from SM, if that image has been added in 2015, when XY anime was still being aired? Sun & Moon series were not even present during that time. Energy X 23:17, July 15, 2017 (UTC)

Bulb's number isn't incorrect either way, it's just how they do it. They list all unaired episodes as "unaired", and only put aired episodes in there. We list all unaired episodes and treat them as if they exist and are aired, even if they were not. We just limit the info we list on the page to the only info that was released to the public about the episode (see RS101: Shaking Island Battle! Barboach VS Whiscash!!). Next, for that edit he's talking about for two, logos shouldn't be on the screen anyway, but that wiki doesn't heavily enforce such a requirement as much as Bulb does because we have way too many images to be going in and changing all the ones to have them not include a logo in them. Same goes for TV Tokyo logo. We only strictly enforce a requirement if it has any intrusive text such as the seizure warning at the start of the episode, telling you to watch TV far away from the screen in a lit up room. PokémonGamer* 23:38, July 15, 2017 (UTC)

I am going to give you a warning for making a major change on the article without discussing it on the talk page associated with the article first. It is priority for us to list the modern widescreen version over the "old" standard screen (4:3) version, and that's not ever going to change. PokémonGamer* 06:05, July 16, 2017 (UTC)

And do not categorize a move image as being in the dub season that it is not in, it doesn't matter if Pikachu's face in the image creeps you out. We conveniently have our images categorized with which season it falls under in the dub's "season" formatting, and that's the standard for the wiki (and by "seasons", that means we go by seasons on the dub DVD's) and the banned episodes that would fall in between episodes of that season by the way, so the last 10 episodes or so of Johto League are not considered Pokémon: Advanced episodes by this definition. The next time you make one of these horrendously unproductive edits that should not even be worth the need to discuss on your talk page, I am notifying an administrator. PokémonGamer* 06:08, July 16, 2017 (UTC)

Just a few bits of advice when you come back

What are the episode numbers of the episodes that certain images appear in? Can you give me the numbers the original smaller images are from (the type we use on this wiki), so I can find which episodes they're in? Like BW026 for example? PokémonGamer* 20:44, October 3, 2017 (UTC)

I watch something like it, but im not watching that blackface episode because is making me horrible for the new episode. Gigavolt Havoc, the Z-Move (talk)

Being the first time some random fan like you is not watching the episode is NOT notable for a trivia point - a random person out of anyone who even knows about Pokémon or any of its animated content is a COMPLETELY minor thing - please cease making these unproductive edits or it is just going to get you blocked yet again for a longer amount of time. It's not even something that can be logically claimed as an offensive blackface stereotype like Rougela's original design was claimed as - sure, it has a black color for its face, but it's not the same thing as blackface. PokémonGamer* 20:48, October 3, 2017 (UTC)

Jynx is having purple now so, im thinking the User Oripaypaykim from Wikipedia. i had unknownPro as my account now Gigavolt Havoc, the Z-Move (talk)

Retrieved from "https://pokemon.fandom.com/wiki/User_talk:Redosign?oldid=1265030"
Community content is available under CC-BY-SA unless otherwise noted.