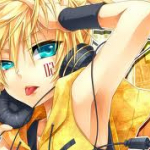 Seen here, the user puts the links to video sites about a "spectrogram of a music showing Unown". I don't think Unown appeared then, but the video sources claim otherwise. What do you think, is it legit? Energy X 22:42, February 21, 2014 (UTC)

I think it is fake myself... I wouldn't trust it unless you had your own spectrograph and clean versions of the song. . ƒelinoel_

So, how's episode search going? Still waiting for the reply.

Also, do you think that the newer episodes have more unimportant detailes than the older episodes? I am asking since I noticed my plots are bigger than the first ones I added. Energy X 23:49, February 25, 2014 (UTC)

Could you please delete these? —Preceding unsigned comment added by Kyurem147 (talk • contribs)

I am new to this wiki and i only play Pokémon X. I am looking for pages to edit/create that are in Pokémon X. Can you give me some ideas? Look at my page to see what I've done so far, if you want!

Thanks for the idea! My Pokédex is not completed, but I beat the game, so I have a lot! What infobox do you use for a Pokémon? I'm very eager to help this wiki! Maybe in the future i can be a Admin alongside you! That would be fun!

Sorry to bother you, but i was doing as you said and i found the fennekin page is locked. Just letting you know!

Sinnoh time is here, so please comment on the battle! Notice the new addition in that region as well. —Preceding unsigned comment added by Energy X (talk • contribs) 22:25, March 10, 2014

I'm sorry, can I ask you something? I have a VIP pokemon card with misdreavus on it. What shall I do whith it? —Preceding unsigned comment added by Faedonsuper (talk • contribs) 08:27, March 14, 2014‎

Pokemon Types and other JasonGrace1776 Messages

Rainbow aren't rock and ground types like dont they use le same element; earth: and ghost and dark i mean they're similar too but why seperate them? and hwo to make le accented e, like in pokemon JasonGrace1776TT Son of The Skies, Blizzards, Weather, Snow, Winds, and StormsSilver-Whoever revived Team Rocket, I must stop them before they hurt more innocent people 02:20, March 16, 2014‎

Rainbow do you know how to add pics to a sig? JasonGrace1776TT Son of The Skies, Blizzards, Weather, Snow, Winds, and StormsSilver-Whoever revived Team Rocket, I must stop them before they hurt more innocent people 00:46, April 2, 2014‎

If we are able to locate transcripts for the English dubs (or translations, either official or fan-made, of the original Japanese audio) I am wondering if it would be okay to host them in affiliation with the episode pages like how w:c:MLP:Transcript has done? This would be a huge asset for fact-checking claims about data that people get from the dialogue. Like for example, how many (if any) birthdays Ash has had. +Yc 23:14, April 6, 2014 (UTC)

You should ban Krapface indefinitely, he has completely vandalized the Law & Order site and MY OWN user page on that site. He has been blocked from other sites. Basically...he's a vandalizing [bleep]hole. Darth Kieduss the Wise (talk) 18:51, May 17, 2014 (UTC)

Have you heard the news?

It's Luke (aka Justafox) - I was just wondering how you're doing?

I'm sorry I just left like that, I hope you can forgive me.

this is Pikachu700 and i have a question. can i write stories about Pokemon on here at all?  i've got quiet a few good stories to post if i can.

Pikachu700 again. heh. it was worth a try. ok. i won't write them here then.  thanks for letting me know

Thanks and could you put Moonlit Sylveon in charge of Project Sprites since she uploads all the sprites. Ellis99 CODE XANA 13:21, August 20, 2014 (UTC)

Why, yes. In couple of weeks, the ultimate finale will end. To be certain, I ain't certain who would continue updating the FOB, but if they do, they might move it to the blogs instead. Energy X 13:51, August 20, 2014 (UTC)

The reason why Energy disabled it is because nobody was using it and Energy made a forum on bringing back the badges and we all agree. Ellis99 CODE XANA 14:30, August 20, 2014 (UTC)

The password to are Twitter account because Energy has been wanting it so we can expand into social media (the social media idea was mine). Ellis99 CODE XANA 14:35, August 20, 2014 (UTC)

I didn't until I scrolled though the history of the account and it was mentioned, then I clicked on the link and the only thing on there was the name of account called "ok". Ellis99 CODE XANA 14:50, August 20, 2014 (UTC)

Here is the forum

I left you a message regarding spliting/merging the rebellion page, didn't get a response. If you have time, a quick chat or response would be appreciated for that.

I've got the layout for the Game character

We have Shockstorm as an admin due to him being a member before the split, we have merged with Pokémon Mystery Dungeon Wiki (Shockstorm has all the pics from the site (he keeps saying he will upload them but he doesn't)), new PokePower members, admins from Mystery Dungeon have had their power transferred to here, new rollbacks and a news blog (my creation). Ellis99 CODE XANA 09:55, August 21, 2014 (UTC)

We also plan on merging with Pokémon Adventures wiki but, there's an admin who won't agree until the other admins say something but they haven't returned. Ellis99 CODE XANA 10:01, August 21, 2014 (UTC)

I tried to get this template for the Dutch pokémon wiki but i can't make the transparant border appear. I've copied the code and made the roundy template. Can you tell me what i'm doing wrong? Jantje132 (talk) 11:11, August 21, 2014 (UTC)

The link to the version on the dutch wiki here

Any games before Emerald if you are to do games from the main series since I have done Emerald and all the main games from Gen IV and after and Battle Revolution. Ellis99 CODE XANA 11:40, August 21, 2014 (UTC)

Hey, I see you have a Twitter account. It would be good if you could sponsor the Fantasy Food Contest, considering that the Poffin is included, vote 2. Energy X 18:15, August 21, 2014 (UTC)

Well, all right, though that could be useful.

I know that I did not meet the requirements on becoming a walkthrough volunteer, but can I become a general volunteer for cleanup because I have move all walkthrough pages into the walkthrough namespace and I have fixed typos in the walkthroughs. Swampert11 (talk) 00:16, August 29, 2014 (UTC)

Could you rename Pokémon Crystal and Pokémon Platinum pages so they have Version at the end of their names so they match the other main game titles. Ellis99 CODE XANA 09:44, September 7, 2014 (UTC)

I think it's better to move his page to Ethan (game) not Ethan (Game). Nectaria

I have sent an email to Serebii asking if we can use their anime photo's, how do you feel about using Serebii's anime photo's? Ellis99 CODE XANA 17:05, September 9, 2014 (UTC)

So, why would these ones be recurring? I thought they recurring ones are those that appeared in some episodes before they were captured. Energy X 09:41, September 10, 2014 (UTC)

May you set up

Can we affiliate with Dragon Quest wiki, the reason is it would help it because it is struggling. Ellis99 CODE XANA 19:41, September 13, 2014 (UTC)

Yea Ik that people didn't leave the wiki because of the "no swearing rule." I just said that to express my frustration when Ellis told me to stop swearing. Yeah ok, I'll try my best to control the swears. But sometimes it just comes out as a reflex.

I recently joined this wiki and all the commands and stuff that goes into editing are rather confusing. Anyone care to explain the basics? —Preceding unsigned comment added by FluffyDiggersby306070 (talk • contribs)

A proposal to redesign the wiki is on the table. Please drop by w:c:czechitout to take a look at the new design, then return to the forum thread to give your views. Thanks :) — CzechOut 03:54, October 24, 2014 (UTC)

Can you please get on HG chat, please?

We need you here more because X is getting pretty annoyed at everyone sending him messages. Please come back to help us. Ellis99 CODE XANA 15:34, November 19, 2014 (UTC)

Can I be admin?

Hello, Can I be admin here? I am good with Pokémon, I have played every version, I've seen ever anime and I am very good at everything! I am also committed to the wiki too!

A lot has been going on. Energy X is now the bureau here, Slaying is now know as Avingnon but has gone back to his old account since he has forgotten the password to his Aving account, Shockstorm stepped down a admin, Nectaria hasn't been on for nearly a year, new users have appeared like Rachin123, Misch60 etc., Lordranged is now an admin, Adrian has left Wikia as a whole and I'm now a Content Moderator, which is similar to being an admin but without the blocking rights.

I'm new to wiki and am editing pages and adding what i know. I'm looking to expand my knowledge of the games i play. i'm pretty good at collecting info but would like to talk to others that can "fill in the holes" for me. SerrenB (talk) 23:02, June 1, 2016 (UTC)SerrenB

I've been promoted to moderator a couple of days ago by Slaying, but unfortunately, he forgot to put a symbol (Team Mystic symbol for me)  beside my name, and demoted his account and deleted his bot account. Would it be okay if you were to add the symbol beside my name on the chat plz?

Hi! I'm a new user who just joined this wiki! I've been a long time Pokemon fan and thought I could help out in this wiki but I might need an intro to the wiki first! RatedMforMario (talk) 01:50, April 30, 2018 (UTC)

Sorry to disturb you

I have a few questions for you. It's a personal matter, so I'd rather not discuss it out in the open.

Do you have a preferred method of contact? On the Discord server, say, or on some other Wikia's chat?

Due to your inactivity and security reasons, your user rights have been revoked. Once you return, you can ask for the user rights to be reinstituted. Energy X 22:45, September 28, 2019 (UTC)

Retrieved from "https://pokemon.fandom.com/wiki/User_talk:Rainbow_Shifter?oldid=1156468"
Community content is available under CC-BY-SA unless otherwise noted.