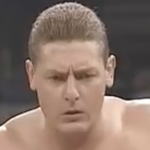 I suggest you should use Castform since Altaria can be a big trouble. --I'd like your feedback as to whether I was brilliant or simply outstanding. 03:44, April 3, 2013 (UTC)

Re: What type of Pokemon do you like to start with?

Re: How do you get Registeel?

Re: I must be the luckiest man alive

Retrieved from "https://pokemon.fandom.com/wiki/User_talk:RTA_fan?oldid=395043"
Community content is available under CC-BY-SA unless otherwise noted.