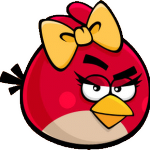 Hey Jedi, Welcome to my talk page! If you would like to ask a question or report a problem such as vandalism, feel free to post it on my wall! ;)

Hala,Kukui and other Sun and moon pages

The 'Border' on the picture is actually just part of Rowlett and Litten's legs. I couldn't get a better body shot beside that.

And for Kukui the border is Hala's arm.

Sorry for the confusion and possible slang

It's fine. Don't worry. I am kinda a bit of a worry woos for some things. I just want to make a good impression on a big wiki like this.

PS you forgot to do the ~x4 on your last message. Don't stress!

Thanks for doing up the litten ember. Can you also help me with Popillo's water gun image?

It's just this wiki would like the updated images.

Thanks for the information! Someone had been messing around with the type template (and some other templates as well), so that's why that text showed up. Anyways, the user who did this has been blocked.--Lordranged7 (talk) 01:43, June 1, 2016 (UTC)

It wouldn't say the pahe is in need of clean up, but more of things needs to be added. The image currently used is correctly potrayed, though a better image could be uploaded, the thick black bars are how it looks in the game. If you go to Play Rough, you will see how a complete move page layout should look like. --Rai 水 (talk) 01:20, June 12, 2016 (UTC)

Thank you for leaving your input in the role play forum. Once more people gather, I'll leave you a link. Until then, you could convince other people to join the role play. Energy X 17:40, July 18, 2016 (UTC)

Just to let you know, trainers are suppose to be arriving to the Provo region to go to the Pokémon lab in Palm City to see the Professor Popolar on regard to being called upon to help her on an urgent mission. Take a look at X's post to get a gest of what I'm talking about. So you may need to re-evaluate your post. --Rai 水 (talk) 04:14, July 21, 2016 (UTC)

Just an advice, try to be more descriptive. Example, is the character on a ship or is it already in the city? What is he feeling, where are they going etc. You just have to be more specific. Try doing so by editing the comment. Energy X 11:38, July 21, 2016 (UTC)

Well, that's a start. Though it has to be detailed. Like that "30 minutes of speculation", what exactly happens there? Everything has to be clear. If you have trouble, try comparing it to my style of writing. Energy X 12:03, July 21, 2016 (UTC)

Please pay attention to the following:

Please try to let everyone post before you post again. I would also like to recommend that you attempt to make your posts more novella, or story-like, instead of the play-by-play style you've currently been writing with.

Also, the story isn't a game simulation, it should be reprensented as anime or manga, meaning levels and HP should be avoided. You really need to re-edit your posts. The last thing we need is inconsistency and we don't want you falling behind in the story. Everyone should be moving at an even pace. --Rai 水 (talk) 19:46, July 21, 2016 (UTC)

Some, as you can see, are actually troubled by your role playing. What can you do is to first read the rules, then try to change things. Otherwise, it's just derailing the role play and can even lead to being removed from the role play. What is proposed is to start anew and try to mind all the suggestions we have told you. For I don't see much of a future of that role play if things continue the way they are now. In other words, this role play has some rules. Energy X 22:52, July 21, 2016 (UTC)

It has been decided that you start again. Mind that other people on other sites that conduct the role play could block people for this. I have my patience, but this is getting out of control, just look how many people have warned you about. Just saying there are rules, so you can't exactly run off in the forest so soon and sudden; we have barely begun. In other words, it's best if you follow my lead through the role play and not to steer away too much.

Here are your comments:

It is wrong to use other characters. You can join and invite other role play character, but don't drag them. Have you even read the rules?

Hey Mrs Red Bird. Could my Character and Your Character be like friends/rivals in the Orange and Purple blog?

Treeko is itching to battle!

He said to ask you

I'm okay of you oppose, but my proposal is in no way lazy. I want to do more, you guys want to do less. It is not unprofessional either. By that logic, all wikis that do what I am suggesting is also unprofessional. At least come up with a good arguement if you are going to disagree. --Rai 水 (talk) 00:25, August 26, 2016 (UTC)

This message aims towards your post in the roleplay for your Ralts using a move. As you were battling (in the roleplay), your Ralts used Attract. Ralts learnset does not have Attract. You can go ahead and check it out, so you might want to edit your post but if you like what you did, you can keep the post as it is. Just a simple clarification, that's all!

Ok, that's great. But I noted your older posts as well. Your older posts used incorrect learnset for a Pokémon. I didn't bother to tell you in the past. There is no need to edit those posts as they are now old.

Now, a tip from me: When you start a battle in the roleplay, check your Pokèmon's learnset before you use a move. Remember, your Pokémon is limited to only 4 moves. While your Pokèmon is gaining EXP, check the Pokèmon's learnset to see what they will learn once they reach a certain level. If you have played the games, you can make your Pokèmon forget & learn a new move. This is the rule we have to follow in the roleplay. Hoped my tip helped! DaPokeMaster (talk) 19:37, September 4, 2016 (UTC)

Things became stale these couple of days about the roleplay. Just a reminder it is still active, though. Energy X 19:52, September 27, 2016 (UTC)

Hi Mrs Red, Wow today was good i've been looking over Pokemon Sun and Moon anime article and i found two broken link's they are Team Rocket's Mimikyu as you can see Jokeman deleted it as well as Ash's Rowlet can you check over that & fix it? Just wondering have a great night, Kind regards...Trainer Micah (talk) 01:50, October 17, 2016 (UTC)

I feel like that that information is not true since the Nurse Joys from Alola seem to have Comfey instead. However, I am not sure since I haven't watched the Sun & Moon series yet aside from the first two episodes.--Lordranged7 (talk) 20:30, January 13, 2017 (UTC)

I am leaving a notification for the talk page of anyone who Lordranged7 has referred me to so I can notify you of this. I have requested Content Moderator on Requests for User Rights. Since I am rollback already, I already have all the prerequisites met, I need to have at least 4 support points to be promoted though however this will allow me to:

Thanks for the vote. As for translating foreign languages, I have some knowledge of Japanese with knowledge of sentence patterns, I know how to read the characters myself, so I know how to use a dictionary source for words such as Japanese puns I can't recognize to apply translations to Japanese stuff in the franchise, and I can recognize words that are transliterated from English with katakana, so that's why I know what I'm doing when it comes to that, and when translating into other languages besides Japanese, it's easy to tell if a certain thing is translated to be similar to their original English or Japanese forms, so that's why I know how that works. So if you want me to verify or check a romanization of a Pokémon, character, or anything else, you can ask me about that. PokémonGamer* 21:02, May 29, 2017 (UTC)

It's an official series indeed, not fan content - it isn't dubbed into foreign languages like English, so it's only available in the original language of the Pokémon franchise (a language that I am one of the small minority of users on this wiki to understand, at that). However, we've listed "delete" for a long time because we were unsure whether to list them by individual articles or by the full thing. We've decided to have it by the full thing, however we have yet to implement the changes and I'm trying to sort out a table format specifically for it. PokémonGamer* 01:52, October 12, 2017 (UTC)

Retrieved from "https://pokemon.fandom.com/wiki/User_talk:Mrs.red_bird?oldid=1051224"
Community content is available under CC-BY-SA unless otherwise noted.