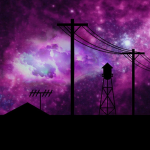 I like how all numbers can be in one template, however your template can use some improvements like it should be rounded like most other templates here and maybe a bit bigger. --Rai 水 (talk) 22:16, August 20, 2016 (UTC)

I don't get why are so many infoboxes getting changed. If anything, there should be a single, unified layout. Which means it'd be best to start with Template:Infobox and change that template before applying the changes to any other.

And also, it is even frowned to do any of these changes. A part of the code gets lost; which means that certain auto links aren't working anymore. Energy X 16:25, August 21, 2016 (UTC)

I replied on your talk page. Also, let me know if there are mistakes I made! There are a ton of infoboxes, and I might make a few mistakes along the way.

Also, my entire objective is to provide a unified layout. Slayingthehalcyon enlisted me to help with the site overhaul, and I'm doing just that. In the end, most of the code will be PI and will be much easier to edit! —Monochromatic Bunny | ☎ 05:12, August 22, 2016 (UTC)

I noticed that the infoboxes weren't colored at all to the Pokémon's type. That is a problem. You are literally changing everything, and some of it is not for the better. Please readd back the type coloring to the infoboxes, as well give some color to the other infoboxes. --Rai 水 (talk) 04:46, August 24, 2016 (UTC)

When we were in chat I only gabe feedback for the things I noticed at the time, which was on a move page, that being the skin and font color. I didn't even know the background for editing was changed. I don't mind that though. I did see you put back the typing and color for the infoboxes. I don't think there are any other issues, but I will let you know if so. Thank you for the work you have done. --Rai 水 (talk) 05:19, August 24, 2016 (UTC)

I noticed that for the stat numbers under 20 look like this because there is no room for the numbers when bar gets so low, so it gets compressed. I don't know if you could fix that. Maybe you could have on side the stat name and number, then on the other side, the bar. --Rai 水 (talk) 06:21, August 27, 2016 (UTC)

I created a workaround for this issue. I set all of the bars' minimum width to 20px so that the numbers won't break word. However, this means that bars with 20 or below will have the same size. Please let me know if you prefer this or if I should revert my edit. —Monochromatic Bunny | ☎ 20:24, September 12, 2016 (UTC)

Well, here is an example that the code is, well, lost. Before the transition, there was the purple border that marked the Pokémon was a dragon-type Pokémon as well. A lot of other examples exist, too. I think it'd be better to have a gradient background. Energy X 17:14, August 30, 2016 (UTC)

Hey! I made the infoboxes one type color because the infoboxes did not look aesthetically pleasing with a different background color and border color. Also, there are some limitations with PI. I do not know the best way to go about adding the type2 coloring, or a gradient based on 2 types for that matter.

Well, I don't like that a part of the code is, well, lost. Besides, I'd say it'd be much better to do that, since the previous versions of some of the infoboxes looked quite wrong, anyway. (Considering some of the colors "clashed", making the words harder to read.) Energy X 20:40, August 31, 2016 (UTC)

Another thing is that there is a Javascript code that made the navboxes collapsible. So, which part of the code is it that allowed that? It's just that the article looks a lot longer with them stretched out. Energy X 20:48, August 31, 2016 (UTC)

Oh, that is because the template has the incorrect collapsible class. It should be mw-collapsible mw-collapsed. By the way, that navbox does not use the navbox template, it uses a wiki markup table. —Monochromatic Bunny | ☎ 21:24, August 31, 2016 (UTC)

There is Template:PokéNav, which has the same exact functionality, minus individual list styling. You can look at some of the other navboxes to see how to properly create/update navboxes. —Monochromatic Bunny | ☎ 21:38, August 31, 2016 (UTC)

I still can't find a way to change the template to include the second type for the Pokémon. I can see the gradient won't work, but the border should - and will. So, how did you manage to incorporate that the color of this template changes? Energy X 20:40, September 2, 2016 (UTC)

There are some limitations with PI - you can't use two CSS themes for one infobox. Perhaps there is a way to solve the type2 border problem, but as of now I am not sure about the best way to incorporate the border. —Monochromatic Bunny | ☎ 20:18, September 12, 2016 (UTC)

Retrieved from "https://pokemon.fandom.com/wiki/User_talk:Monochromatic_Bunny?oldid=861853"
Community content is available under CC-BY-SA unless otherwise noted.