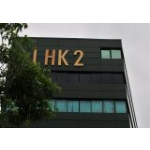 Hey, it is nice to have fixing that grammar! Keep up those edits!

I got the feeling you are just editing pages through Special:Random. You could check the episodes pages from AG001 to DP067, as I added the plots, but the grammar might not be correct.

I think it is just the opposite. But go ahead with your pattern, as work is appreciated.

I don't know many people here.

I thought anyone you know on Wikia. I saw the message on the Talk page and if you want to tag something for deletion, just write {{Delete}} and then you just need to wait for the admins to delete the page. Energy X 20:23, August 7, 2013 (UTC)

I don't know how to write that. Oh and is it possible for me to be ranked on this wiki?

Your edits looks excellent well you should keep editting everyday,By the way nice to meet i am Rick.The Fire Strikes 04:58, August 8, 2013 (UTC)

Hello rick. I might not edit every day, but I will edit a lot.

Since you are editing the episodes repeatedly, could you add the links (only one link that directs towards one page) and a brief introduction to the episodes? It would need to be done, but it is up to you. Energy X 22:55, August 10, 2013 (UTC)\

I'm sorry but I don't watch the anime often. I correct spelling errors, not add plots. Sorry if that sounded rude.

Neither do you have to, you can only read if you wish... even so, you can write something like this:

"Following A Maiden's Voyage is the 467th Episode in the Pokémon Franchise and the season premiere of Pokémon: Diamond and Pearl."

Ah, you have been reading those. Well, you should edit it, perhaps we should re-write the whole "Did You Know" section entirely, some of the trivia is not very interesting or true. Energy X 20:41, August 12, 2013 (UTC)

Alas, poor energy, but I could only edit the more dyks, which I believe is dyks that have not been put on the main page.

Wow, you seem to have more determination than most people I met (excluding vandals). As I said before, edit only the episodes that I add plot (currently I am on DP126). Ignore any other episode plot after that, as some have been copied from a rival site and need a different plot. Anyway, nicely done. Energy X 22:57, August 13, 2013 (UTC)

I know. I skip the episodes with only one paragraph. And why do you consider other wikis rival sites? It's not a competition. Honestly, I like Bulbapedia more, but there's nothing I can do there, so I help out on this website. Thanks. P.S. I'm not really determined. I just think to myself "The more I do now, the more time I save." Lhk2 (talk) 19:28, August 14, 2013 (UTC)

Well, I just name them rival sites, as they also have a similar, if not same goal, though the methods and people are different. Plus, I have no other name I can think of so that I wouldn't count each one. Energy X 23:11, August 13, 2013 (UTC)

I know that this is your talk page, but please sign your posts with ~~~~ which will append your username and a timestamp. This allows users to identify your username and another's username. – Jazzi (talk) 23:12, August 13, 2013 (UTC)

I'm sorry, but I don't know how to do it. I don't think there would ever be another Lhk2 anyway.

I literally just gave you instructions as to how to do it. You can press the tilde button four times in a row. If you can't I'm surprised you're using the computer. And that's not the point that there will never be another one of you, users can't identify one message by one user from another message by another user so you have to sign. – Jazzi (talk) 23:17, August 13, 2013 (UTC)

Well, that is what I warned you not to change grammar on those episodes. I am aware that they are copied and I am replacing them, but we need patience and time so that I can do that. The alternative is to remove the plot, which seems the best course of action. Energy X 21:11, August 14, 2013 (UTC)

I thought it was somehow confirmed before, but in DP137 it was confirmed that Piplup is male. Can you go through the other plots before that episode and change Piplup's gender to "it"? Energy X 19:30, August 19, 2013 (UTC)

Why would you want me to put Piplup's gender as "it" when it was confirmed he is male?

Before that episode, it was unsure Piplup was male or female. Imagine that on that episode it is a revelation, while anything before counts as a spoiler. It seems I was not clear enough; I was thinking on plots before DP137. Energy X 09:21, August 21, 2013 (UTC)

Alright I get you now but sorry I'm busier.

I noticed that trivia has been also copied from Bulbapedia (ARGH!). While I could try to edit the section, could you do the same to other trivia of the episodes? Energy X 18:51, September 1, 2013 (UTC)

I'm not good with trivia

I'm sure which one's which.

Nice to see you again. While I am doing Black and White series, I believe someone else will do it. You can still change the photo captions I added and plots that have been added before (currently on IL020), but the plots are missing after IL070. Energy X 15:03, November 1, 2013 (UTC)

Still, there is a new task, which is more copy/paste. You could begin to insert the episode names of articles like on IL020. This would be a general example:

You don't have to start editing all episode articles at once, you could just get five articles per day to insert that; that is my suggestion. Energy X 00:31, November 2, 2013 (UTC)

Well, if you still want to edit the plots, I suggest that you do so now. I have come to the point where I have to add the plots and your assistance is welcome. Energy X 23:17, December 20, 2013 (UTC)

Retrieved from "https://pokemon.fandom.com/wiki/User_talk:Lhk2?oldid=1001505"
Community content is available under CC-BY-SA unless otherwise noted.