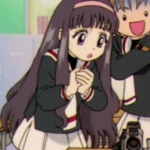 It's not so much about the Pokémon being male as it is the naming convention. All of White's Pokémon are named with womanly names. The fact Sally's a male is something that was revealed later, I believe. Energy X 23:23, June 19, 2018 (UTC)

Why If you've read our rules you can see he's only trying to prevent you or other's from spamming about it's why we lock posts to prevent spammer's not saying you are okay?

Here's our guideline of our rules do give them read so you'll know everything slowly.  https://pokemon.wikia.com/d/g

Billvee is a discussion moderator whois rarely on talk pages he makes differences in decisions when he makes them i kinda wonder why myself so haha but yeah.

Plus he and i have been around abit more then the other's so if any question's do let me know "i'll try to talk to him if needed" okay?

So you know if he's forceful then do let me know alright? So you know as such also any question's do let our administrative user's know see if they can help you out okay see above if needed ^ in orange and if needed see my link in signature and we'll talk later alright so you know as such chat later...-Trainer Micah (talk) 08:02, December 5, 2018 (UTC)

Hello. Me and other users are trying to get sprites from the current games. We're not quite done yet, but we will update the wikia when we do get a hold of sprites. Just wait a bit and they appear some time. As for the Who's That Pokémon for the XY & SM anime, that is currently up to date on here . Thank you for asking though. Thank you and have a nice day! TheWikiOddish (talk) 02:05, July 2, 2019 (UTC)

Here are two images I updated:   Here are some more you could do:  LPCDDude (talk) 22:16, July 14, 2019 (UTC)
Retrieved from "https://pokemon.fandom.com/wiki/User_talk:LPCDDude?oldid=1136667"
Community content is available under CC-BY-SA unless otherwise noted.