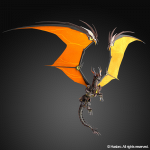 We don't. We do character pages for characters in main games and different sagas of the anime for main characters and different manga chapters though. Sorry that this reply is long overdue, I've been busy lately. PokémonGamer* 17:13, July 4, 2019 (UTC)

That page has been created in the past, and Lordranged7 deleted it cuz Shadow Mewtwo information belongs on the Mewtwo page so I've deleted it for that reason also because it is copied from another FANDOM wiki without the attribution that is required by the license. PokémonGamer* 00:26, July 5, 2019 (UTC)

You have uploaded images like these, but they are not used on any page. Will you place them on the article, or should I delete them? Energy X 13:38, July 5, 2019 (UTC)

Those kinds of images will be used later on in the Pokémon Trainer's Choice page which is still a W.I.P. He always uploads images before me and randomly skips sets and wants me to upload the rest which is strange. TheWikiOddish (talk) 14:54, July 5, 2019 (UTC)

Remember, people and Pokémon that have really no significance (like the ones in PT002: Deprogramming Porygon-Z), and are just to fill the chapter page up, do not need their own page. What else could be written about them, anyway? Energy X 19:08, July 30, 2019 (UTC)

Here's the discussion. It looks a bit incomplete, I know, but I'd like to hear your feedback about this mock-up. I know that you aren't exactly talkative, but this is a subject that is of your interest: the images of Pokémon moves. Energy X 22:49, August 6, 2019 (UTC)

Sorry for the late reply. Anyway, yes, there is a new one. I just wanted your opinion what can be improved before it can be voted on, and eventually get implemented. Energy X 08:34, August 10, 2019 (UTC)

Can you upload an image of Meltan and Ash's Meltan using Thunderbolt and Queenko's Nidoqueen? DragonSpore18 (talk) 22:36 August 12, 2019 (UTC)

As I have posted a link few weeks ago, there will be new templates rolled out. One has already been added.

I am just leaving this message because you are involved with character Pokémon pages. I just wanted to point out that the template will get replaced, so the code will look a bit simpler, and the design to be nicer; it will look better once the devs approve of the JavaScript changes (so you can see the color). Any advice on that is welcome. Energy X 19:10, September 8, 2019 (UTC)

Well where were you when the vote was initiated? Anyway, the idea is to store all the move images from the gallery into that template, and separate it by the stage (or by alternative forms). Anyway, how would you handle that? You have three images of the same move used by Pokémon that can evolve. Energy X 21:54, September 8, 2019 (UTC)

Dude I fix the image. I just realize I accidental post that from bulbapedia but I fix and it's no longer a bulb image trust me just re-check the image and you'll see I fix it, also sorry about that image from bulpaedia, like I said I didn't realize Lego Master BB 12:07, September 22, 2019.

I re upload it, listen it may look the same image but's not I got that image from some where else. Maybe you should try it now Lego Master BB I re upload again if you believe me than the re upload yourself just in case ok? 2:10, September 22, 2019.

If they end up true, that's fun but it needs to be officially confirmed, so whether the leaks end up true or not doesn't matter they aren't official.--Lordranged7 (talk) 08:02, November 6, 2019 (UTC)

Stop renaming pages only to move them back. It's annoying to keep deleting those unnecessary redirects.--Lordranged7 (talk) 20:22, November 14, 2019 (UTC)

Can you upload a high quality image of Ash's Pikachu as a Pichu and the Kangaskhan it made friends with? DragonSpore18 (talk) 13:31 November 19, 2019 (UTC)

Can you upload images of the Snorlax from today's episode? Including its Gigamantax form? DragonSpore18 (talk) 20:48 December 15, 2019 (UTC)

Can you upload brighter pictures of Ash's newly evolved and captured Dragonite as well as the wild Dratini, Dragonair and Dragonite from today's episode, please? DragonSpore18 (talk) 19:32 January 26, 2020 (UTC)

Don't forget to categorize your images, I've noticed that some of your latest images in the past months weren't categorized.--Lordranged7 (talk) 22:12, February 1, 2020 (UTC)

I saw that you added categories to the new images but I wanted to let you know there's already a category for Pokémon HOME images, it's Category:Pokémon HOME images with lower case i.--07:45, February 17, 2020 (UTC)

I see you're uploading the HOME images as well. Please don't upload the ones are already uploaded by Myouzke since we'll have duplicated files and all.--Lordranged7 (talk) 22:52, February 17, 2020 (UTC)

Honestly, I didn't bother checking who uploaded it first and who didn't because you guys were just fighting for the images, creating duplicates, not categorizing all of them, not even uploading them to the pages because you guys were just busy fighting and giving me headache after seeing that all. So in the end, I just went with the images that were better named to me.--Lordranged7 (talk) 22:10, February 18, 2020 (UTC)

Well, I didn't check that either because I couldn't be bothered and hard to look back if the recent activity doesn't show all of them because it got cluttered with all those files. Sometimes images are put on other pages and not on the others where they also can be posted.--Lordranged7 (talk) 22:26, February 18, 2020 (UTC)

It totally got out of hand, instead of fighting for the images, you guys could have worked together instead. Neither do I control the recent activity, with all those files it just got cluttered. If you want to help out, place the images that aren't used yet on their pages. Pretty sure it's around the 500 images you guys uploaded but never used.--Lordranged7 (talk) 22:43, February 18, 2020 (UTC)

Well, I'm pretty sure it isn't the first time. Besides leaving unnecessary redirects, we also need to delete such redirects which is annoying if they can be avoided in the first place. Don't do it again in the future.--Lordranged7 (talk) 23:07, February 27, 2020 (UTC)

Myself, Ellis, and Energy X have discussed having me update episode images of old pre-SM episodes with logos in them over the next year since I have access to all episodes from Pocket Monsters to Pocket Monsters XY&Z that are ripped from their versions on the Japanese Amazon Prime service rather than from TV broadcasts. I'm primarily focusing on updating images that have the CN logo in them (especially if they're JPG). PokémonGamer* 02:50, March 7, 2020 (UTC)

Can you also upload an image of Go's Scorbunny mastering Ember before evolving into Raboot? DragonSpore18 (talk) 19:50 March 15, 2020 (UTC)

Or if you have a Windows PC, open up the image in Paint and save as a PNG. That said, it's recommended if the image is originally in PNG rather than being originally JPG and saving it as PNG, this way it does not retain the JPG compression artifacts. PokémonGamer* 10:01, March 22, 2020 (UTC)

Yes, because we do not mention anything about those narrations in the plot summary and they often contain interesting dialogue (especially in cases like the Sun & Moon episodes), and unlike the previews from Pokénchi and Oha Suta, these ones are notable as they are produced as part of the episodes themselves (and are therefore featured on DVD releases and in certain Asian dubs that dub the Japanese version instead of dubbing the English dub, like the Korean dub). Although unless you speak Japanese, aside from title cards, there's not much you can do to help as far as the episodes that do not have fansubs (or episodes like SM034, that got these segments skipped on the first airing and therefore aren't translated by any fansub) are concerned. I also decided to make a page for the Character Eyecatches because of the fact that Bulb mentions these on their pages and they are used in place of the Dare da? eyecatches in AG, DP, and early BW episodes, however I was lazy to go through to upload all the images when making that page, so those still need to be uploaded. PokémonGamer* 20:55, March 31, 2020 (UTC)

I have deleted the pages you have mentioned and added the contents here if you wish to merge the information on both pages. PokémonGamer* 22:04, April 6, 2020 (UTC)

I've heard. This was bound to happen and they're replacing it with a rerun, and TV Tokyo seems to be currently understaffed due to the Corona crisis. While the episodes that are being postponed (23-25) have already long been recorded, they are apparently not recording any more at the moment, hence the indefinite postponement. I wonder if we'll get a Next Episode Preview for PM2019 23 at least on streaming services, which will allow me to (at the very least) get a decent image of said episode. I can definitely see why Amazon Prime Video in Japan decided to leave the episodes of XY, XY&Z, S&M, and PM2019 available for free for the time being. PokémonGamer* 07:15, April 19, 2020 (UTC)

We need an image of both Goh and Ash's Farfetch'd using Night Slash, please. Lordranged7 renamed the image you just uploaded for Ash's Farfetch'd was when it used Brutal Swing. DragonSpore18 (talk) 20:04 July 5, 2020 (UTC)

After a conversation with X about parametres, the layout of parametres in use on pages is to be simplified. The examples are below:

Retrieved from "https://pokemon.fandom.com/wiki/User_talk:Kyurem147?oldid=1297619"
Community content is available under CC-BY-SA unless otherwise noted.