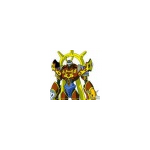 That's because you made bad edits to some pages like the Garurumon page and you removed the warning message on your user talk page! Removing all messages from user talk pages is not allowed here! Nectaria

A proposal to redesign the wiki is on the table. Please drop by w:c:czechitout to take a look at the new design, then return to the forum thread to give your views. Thanks :) — CzechOut 03:13, October 24, 2014 (UTC)

Why do you inserted your signature at the top of the welcome message? I don't think it is needed. You need to write a message instead of only putting the signature in a talk page. Nectaria

So, it was an accident? What you wanted to do with your talk page? Maybe you mistook it for your user page or something? Just wondering. Nectaria

OK, I don't care if you mistook it for your user page but please note that a user page and a talk page are two different pages by the same account. I have seen some other users who also mistook their talk pages for their user pages. You're not the only one who made this mistake. Nectaria

We have ilima, and acerola to the anime, we might gonna see Mina

I mean it could be. This is like what happened with Magearna and with the claims that USUM are the final pair in Gen 7, it's highly unlikely going to be in Gen 7. See below.
The Pokédex number was also blatantly a guess and a highly unlikely one. Users on this wiki have, in the past, constantly (and annoyingly) speculated things such as moves and genders (based on what they feel is "likely", such as crushes outside of Attract or Cute Charm even when it's not even stated to be a crush) and have copied misinformation and mistakes from Bulbapedia (e.g., getting two dub titles out of order from near the end of Kalos Quest originally, users who don't know Japanese copying off Bulbapedia's initial absurd mistranslation of SM074's title*, the mistranslation that Chikorita's gender was supposedly confirmed by Japanese version dialogue in JE020, which I've actually watched the original version of that episode and it was not, and claiming that a side novelization said Satoshi was 10 years, 10 months, and 10 days old when beginning his journey even though the 10 months and 10 days are some form of censorship to refer to the woman's pregnancy period as per the consensus of Japanese fans on one forum discussion I've found online - it's an overly common theory-based Japanese euphemism for pregnancy, and the series has stated even before the 2017 movie that he began his journey on his 10th birthday).
(And yeah, for the record, no source has ever stated Satoshi to be 10 years, 10 months, and 10 days old by the time of beginning his journey outside of mistranslations on English speaking fansites.)
So yes, tldr; it's best for us to stay clear of this fan-speculated nonsense until we have an official source giving us clear insight on the gen and dex no. PokémonGamer* 21:44, September 25, 2018 (UTC)

Also, by the way, it being genderless, as I've been researching on, is also fanmade nonsense - that term originates from Bulbapedia and they've never corrected it and that's why it's stood at it is on that site. Game dialogue and pokemon.com mention Pokemon with unknown gender ratios as being species with their genders "unknown". "Genderless" is an inaccurate term and people have listed things like Keldeo as being genderless even though there's official sources which state it as male.
PokémonGamer* 21:49, September 25, 2018 (UTC)

Edit: I've been working out some way to list it while avoiding nonsensical fan guesswork, and since LGPE will be released during Gen VII as a Switch game which is a sub set pair of games counted as being included in the core series (as per the official interview announcement), and the official Japanese website announcement is for LGPE, and how LGPE ties into Pokémon GO in terms of functionality used in the game (yeah, complicated explanation probably for you), and Pokémon GO had originally hinted this new Pokémon a few days ago, I've listed it as an "other" Pokémon under Gen VII while avoiding giving a Pokédex number. Best way to stay neutral, and as far as the gen thing goes, I was thinking of the Alola games for the 3DS and the normal core series games though yeah, this is a better way to stay neutral with regard to that until we have clearer information on the Pokédex number.
I'm talking primarily about the dex number, which must be officially provided and not achieved through datamining or anything, before it can be added here. Any dex number you may find is either speculated or unofficial. Even Serebii's site has made a separate section and classified it as an "other" Pokémon confirmed mid-gen for Generation 7. Bulbapedia is trying to avoid mentioning information which could be ambiguous as far as this goes and as far as what's been officially confirmed, hence them not mentioning any generation.
For reference, this is how he's listed it on his site ([1]) as an LGPE Pokémon under Gen 7 (since LGPE is a Switch sub pair of main series games and not a spin off) with no confirmed dex number. Also, it being #808 is an educated guess per what I've been able to dig up, however it's still a guess and still cannot be added, and until it is officially confirmed it is absurd fanmade guesswork (and merely hint-based) so we still cannot add it until it's stated, regardless of how obvious it may be.
PokémonGamer* 22:52, September 25, 2018 (UTC)

Well i'm not going to lie here but i have seen Serebii a site that's "different from our's" And i gotta say i know it's not "technically confirmed yet" But i'll find out Sunday to see if these "rumours are true or not" So i'll check back Sunday to confirm it and see if it's "Real or not" alright?

One thing for sure October 4th it ​should "air at 8:00 am by Sovina​"​​ So i guess if these so called rumours are true then let's wait til it's confirmed.​​​

Reason: I'm choosing not to believe the link til its actually airs and is confirmed officially true by Spore and them alright? Let us moderators handle it. Let the user do what she/he must do if fake you know i'll delete it or someone will if fake ok?.

I did update my blog just a little other than that i think everything's accounted for at least can't say how much i should add but everything's there from me i recall so if anythings missing let me know alright and chat later have a nice day...-Trainer Micah (talk) 22:31, September 28, 2019 (UTC)

Retrieved from "https://pokemon.fandom.com/wiki/User_talk:Kwj1991?oldid=1156472"
Community content is available under CC-BY-SA unless otherwise noted.