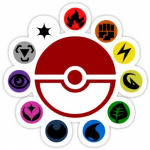 Mind that speculation is not allowed in here. It can be presumed that all of those dates would come in that order, yes. But something could happen, causing the dub to air earlier or later; you may never know. Energy X 17:32, May 19, 2016 (UTC)

You are still writing in the present rather than in the past tense. Please make sure to write in the past tense next time. Also, check your edits before publishing them (like that comma that needs a space after the words "who" and "them". Energy X 08:55, January 18, 2017 (UTC)

You are still doing these mistakes. Amidst all the text, which should serve as a remainder how to add new text, you continue to disobey. Next time, there will be a block, unless you abide these rules. Energy X 16:44, February 2, 2017 (UTC)

Please do not remove the notice. The biography should be written in the past tense; I can still see words like "is" instead of "was". Being said, you could change that. Energy X 13:06, March 15, 2017 (UTC)

Could you name your images with proper names? The names that you have given are not considered proper names. Thanks in advance.

I should ask that you at least review the entire article. You have been doing a lot of changes on the same articles; this should be summed up in a few edits. Being said, try to make these changes into less edits. Energy X 09:04, April 26, 2017 (UTC)

Again, you uploaded images with poor names. This isn't descriptive, try with "Cinnabar Island Red and Blue.jpg" or something. Energy X 18:52, April 27, 2017 (UTC)

How many times do I have to tell that your images have bad names? Before uploading them, please change their names to something descriptive. Energy X 13:46, May 5, 2017 (UTC)

Make sure you spell your sentences correct since you wrote introduce instead of introduced in the move pages you edited and you didn't add a dot at the end of the sentence. It is really necessary anyway to add that sentence to every move page since it is already stated in the template which generation it is introduced.--Lordranged7 (talk) 10:31, May 24, 2017 (UTC)

I am leaving a notification for the talk page of anyone who Lordranged7 has referred me to so I can notify you of this. I have requested Content Moderator on Requests for User Rights. Since I am rollback already, I already have all the prerequisites met, I need to have at least 4 support points to be promoted though however this will allow me to:

Please look at the message I left you under the header Categories. Again, there is no need to add the category cities when the category gym city is already on the page.--Lordranged7 (talk) 11:16, May 31, 2017 (UTC)

Well, yeah. The page is fine but a user named Pokemonshipper6 keeps adding a useless giant broken table on the page. If you see it, make sure to revert it on sight. PokémonGamer* 16:15, June 7, 2017 (UTC)

Next time, when uploading an image, please categorize it. Like this. —Preceding unsigned comment added by Energy X (talk • contribs)

And please do make sure you're only uploading one of the same image. I have kept the one you were using, and deleted the two unused duplicates. PokémonGamer* 21:52, June 28, 2017 (UTC)

There is no need to sdd that category to the route pages. The *insert region* routes category already has the Game locations category categorized, so it isn't necessary to add them.--Lordranged7 (talk) 15:02, July 11, 2017 (UTC)

Game images are preferred on the move pages, so replacing game images with anime images won't do since they will have the Image Update template on the pages anyways. So, don't add anime images to move pages when there is already an image in the template.--Lordranged7 (talk) 21:14, August 4, 2017 (UTC)

Hi there. I'm sorry that you had to blank the page Pokemon the Series: Sun and Moon - Ultra Adventures because some vandal destroyed it by renaming it worst cash grab in the entire franchise. I bet it will take forever to reconstruct it. Maybe I can help rebuild it. —Preceding unsigned comment added by Mewtwoclone (talk • contribs)

There are a lot of galleries that need image uploading. While I can do that, I'll leave to people like you (if you want) to caption them. Energy X 22:47, September 9, 2018 (UTC)

I applaud you for writing biographies. However, they still must be written in past tense. Energy X 21:12, September 25, 2018 (UTC)

I have been told by Lordranged7 that you should be able to vote on the User Rights page in order to get a higher rank. If you feel as if you want to do so, go here and leave a user rights request. TheWikiOddish (talk) 22:03, January 23, 2019 (UTC)

What I exactly meant was that you should vote on Oddish's request to either support or oppose his request.--Lordranged7 (talk) 22:14, January 23, 2019 (UTC)

I saw your message on Kyurem147's page and he can't really help you with deleting images since he doesn't have the rights to do so. Only admins and content moderators can do so (admins are noticeable with their orange names and content with red), so contact those if you want a certain image to be deleted or tag them for deletion (like you did I believe). Anyways, I have deleted the image.--Lordranged7 (talk) 11:26, June 24, 2019 (UTC)

If you want to keep adding images, at least categorize them, like Alola characters anime images. Energy X 21:28, August 22, 2019 (UTC)

Why’re you undoing my contributions, they are true.

Retrieved from "https://pokemon.fandom.com/wiki/User_talk:Kittystyler?oldid=1186271"
Community content is available under CC-BY-SA unless otherwise noted.