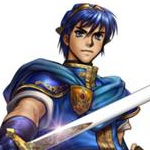 aka The King of Fire Emblem, DigiPen92

Welcome to our wiki, and thank you for your contributions! There's a lot to do around here, so I hope you'll stay with us and make many more improvements.

Recent changes is a great first stop, because you can see what pages other people have been editing, and where you can help.

Questions? You can ask at the Help desk or on the "discussion" page associated with each article!

Need help? The Community Portal has an outline of the site, and pages to help you learn how to edit.

Please sign in every time you edit, so that we can recognise you!

I'm really happy to have you here, and look forward to contributing with you!

Just letting you know if you have any Anime Related Issues you know who to talk to! Whether it's Characters, Episodes or the Pocket Monsters themselves! If you have time maybe you could check out Project Anime! Leave a message on my talk page by clicking the section of my signature saying "Chief Editor of the Anime Department!" that will direct you to my talk page, at the top there's a red button saying "Leave a Message" click it and type your message, making your you state your subject which you can do by making a heading or typing in the Subject Box beneath your message and also make sure you sign the message using four tildes ~ or by clicking the signature button. I hope you'll take an interest in this wiki and perhaps visit some Anime Articles!

Nope, that part of the trivia isn't relevant to the page and its more like fan-based info than actual basic information and I am not getting in trouble either.-- http://i1116.photobucket.com/albums/k576/DigiPen92/ChromLordFE13MapIconpng_zps2c4cf18b.png King Marth 64 (talk • other wikis • blogs)

Hey, just want to tell you that it is great to have you revert the vandal edits. I should recommend you to get some more edits and get the rollback user rights. You should also make a signature template, since you lack one. Energy X ∞ 17:10, May 31, 2013 (UTC)

I'd really appreciate if you would vote on this request.

Oh, and it seems you have a template for signature, but it does not exist. It would be good the template is made.

I did created a sig templates earlier, but Jazzi deleted them and I told her not to delete mine and she didn't seems to listen.-- http://i1116.photobucket.com/albums/k576/DigiPen92/ChromLordFE13MapIconpng_zps2c4cf18b.png King Marth 64 (talk • other wikis • blogs)

The news is that we have reached 30 000 images! A moment worth remembering, don't you agree?

Seems to me that you don't have to tag talk pages of articles for deletion, as you can only remove the parts that are not discussions of how to improve the articles. Energy X 23:53, August 21, 2013 (UTC)

Next time a new XY episode is announced, with all due respect, do not make the corresponding article. Wait until it airs and leave it to me.

Sorry, I meant to say Crud (I kinda added an e by mistake), since I haven't seen some of the pages that were created already and I have kinda created some of the sandbox pages for the other Kalos Gym Leaders + all the Elite Four a while ago that I was kinda preparing to move them till the 12th and didn't relized that they released the game today in an another country, then, I haven't seen some one else was already created the page about those characters already.-- http://i1116.photobucket.com/albums/k576/DigiPen92/ChromLordFE13MapIconpng_zps2c4cf18b.png King Marth 64 (talk • other wikis • blogs)

All right. I am going to ask this one and I will not ask this again, so pay attention:

Is Olympia really female or is Olympia simply Tucker 2.0 (a man).

Re: Then, where should we put this image at instead?

I was actually talking with Winx about that and he says that the official art has been obtained and we will resize that to be like the current sprite image and once that has been uploaded it will be used instead. ~ƒelinoel

Re: Did Four-Arms was really based off on Machamp?

No, there is no proof, thus it is just speculation. ~ƒelinoel

While on that topic, what are YOUR thoughts on a wiki-based Wifi Gym League? ~ƒelinoel

I saw this edit. While it is good that you have added that fact, it should be notified that you can do it via {{for}} template, as seen now.

Well, to keep it simple:

I moved some of them. A tiring job to fix the names. Well, if you have a proposition if someone else could move the names (besides admins), I'd appreciate that.

Well, it might be good to check the uncategorised files, since a lot of them appear in the articles, a lot with a gibberish name. Well, would you could categorise these files (if so, I'd point you how). Think of it as a co-project, since you are working on images. Energy X 23:59, January 4, 2014 (UTC)

I second this; you do not have the right to revert a user who is removing comments off their own page regardless of who left a comment (they have the right to do so). If I catch you do that one more time, I will have to regrettably report you for it, and do not want to. Shardsilver (talk) 01:37, January 7, 2014 (UTC)

King Math 64 has the right to do what he wants, when he wants!

As many as years has Ash?

I must recreate ,the anxiety is very powerful. It's the only way I can stop being angry about this matter. I asked dragonspore and she said Ok, but just this once. No more recreating pages I just made. Ok? Understand? You get it now?--Kyurem147 (talk) 08:20, March 9, 2014 (UTC)

I see that I have deleted it because it was put for deletion, so I automatically deleted it. It has been restored now. Energy X 14:39, April 9, 2014 (UTC)

do you know how to create a color on here.

Still interested in the patroller position? I could recommend you (though the vote is still necessary). Energy X 21:41, May 15, 2014 (UTC)

Just so you know, I have recommended you to become a rollback. You can see that here. If there are no new votes over the time, I recommend that you talk with some users and ask them to vote on your request, since they will likely not know about it. Energy X 22:50, May 19, 2014 (UTC)

There is proof that Blaziken belongs to Gurkinn. Gurkinn returned it to his PokeBall after Korrina's Lucario defeated it in the episode. —Preceding unsigned comment added by DragonSpore18 (talk • contribs)

Would you like to become a member of PokéPower, where we can work as a team? Basically, it is an organization (which has not seen much use in some time), so we could always seek new members (Like you!). Your contributions have been recognized, so if you want to become one, just confirm on my talk page.

Did you even read the deletion reason? The user in question abused multiple accounts and uploaded multiple duplicate images, and is permanently banned anyways. And I've been trying to get rid of the unneeded redlinks that clog up Special:WantedPages and Special:WantedFiles, so your reversions are both unneeded and unhelpful. I would highly recommend that you undo your reversions. --Shockstorm (talk) 23:36, June 29, 2014 (UTC)

Yeah, I'll talk to Energy. The sockpuppetry thing was from a while back, I don't remember where it was posted though. And I apologize for my earlier rudeness, it was completely uncalled for. --Shockstorm (talk) 04:21, June 30, 2014 (UTC)

A proposal to redesign the wiki is on the table. Please drop by w:c:czechitout to take a look at the new design, then return to the forum thread to give your views. Thanks :) — CzechOut 03:44, October 24, 2014 (UTC)

Not certain why are you inserting these facts. After all, there are many, many, MANY anime-exclusive characters. Plus, why did you insert Miette's Slurpuff is male? Energy X 22:51, November 16, 2014 (UTC)

Hi King i see your wonderious on anime about these two from Team Skull outta what i know as a moderator for discussion area i haven't seen them in anime nor were they mentioned yet so you know about that. I do keep a close eye on anime as for a prediction ideal i do hope they appear at some point in anime since Ash's has adventured to four of the ilands in the game so far, I haven't seen Ula'ula iland so i guess you can call it a guess we will see what happen's on Ula'ula if they make a appearance for a ideal next arc & two we're almost at the end of 2017 so likely likely will happen alright.Trainer Micah (talk) 14:30, December 8, 2017 (UTC)

Haven't seen you quite in while. It's rather sad, really. Anyway, since you aren't using your user rights, there could be a vote that could revoke them, for security reasons. Energy X 18:52, February 3, 2019 (UTC)

Retrieved from "https://pokemon.fandom.com/wiki/User_talk:King_Marth_64?oldid=1105670"
Community content is available under CC-BY-SA unless otherwise noted.