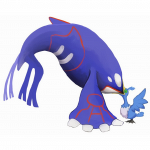 Just wait until the user starts making changes with the bot.

But your proposal is flawed; the bot cannot detect which page is manga and which page is anime character. It could change all these categories to anime or either to manga versions, I fear. Energy X 14:54, July 12, 2015 (UTC)

You know, if you are going to re-categorise stuff, you'd better go with anything than anime. It is because there are hundreds of anime Pokémon, while manga Pokémon not so much. Energy X 09:17, July 15, 2015 (UTC)

No problem, I support your idea on the change. I setted up the poll because some people were not agreeing on the change and reverted the edits back you and I have made even when the blog was already up for a couple of weeks, this way it will be clearly seen and then there won't be any discussion about the change, the poll will be final (The yes one is in the lead for now though).--Lordranged7 (talk) 19:19, July 15, 2015 (UTC)

I think I will end the poll tomorrow morning around 5-6 am EST (not sure how late it will be by you), just to make sure that they aren't any last complaints or anything. I guess after that the change can be made.--Lordranged7 (talk) 19:37, July 21, 2015 (UTC)

Well that'd require .css coding knowledge, which I am unfamiliar with. Try asking someone else, though it is a good idea. Energy X 08:36, August 1, 2015 (UTC)

I don't think those are same templates. Construction tells the article is in editing and needs time to be updated. I think remodeling is just to standarize the article, giving it proper headlines, templates and images. Something what is actually called formatting. Energy X 05:58, September 2, 2015 (UTC)

I reverted what you did to Rayquaza's image as the image I uploaded is the ORAS artwork as I asked at Bulbapedia and one of the staff member's confirmed it to me. Ellis99 VII & VIII 18:33, December 12, 2015 (UTC)

I thought it was clear when it was said to categorize images. Now, I can see the Alolan Pokémon artwork without "Category:Generation VII Pokémon artwork", and you uploaded some of it. Energy X 14:23, September 9, 2016 (UTC)

Ash-Greninja in Sun and Moon

It has been revealed that Greninja's Ash-Greninja form will be shown in the Sun and Moon games. We need an image of it. DragonSpore18 (talk) 21:05 October 4, 2016 (UTC)

Hi there. Once the Sun and Moon games come out, can you do us a favor and upload menu sprites of the Pokémon and Ultra Beasts of the games. The ones that Flitter2 uploaded are blurry and they're hard to see. DragonSpore18 (talk) 18:13 November 16, 2016 (UTC)

I have blocked the page for new and unregistered users. That should help against the vandalism since the users who vandalized the page were new.--Lordranged7 (talk) 11:30, April 15, 2017 (UTC)

Retrieved from "https://pokemon.fandom.com/wiki/User_talk:Icy_Flasher?oldid=958695"
Community content is available under CC-BY-SA unless otherwise noted.