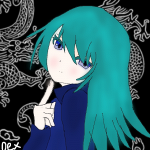 Hello posters! Please feel free to add anything you need to to my comments. Also, Please remeber to sign so I can get you back. I may not reply due to me being based in Australia.

Thank you lordranged7. I was trying to make an info box for myself so people know more than what I have written in the default table. I can't fit anymore.

Adding the Water Gun picture can be done yeah. There is only absolutely no need to add EVERY image of Sun and Moon to its page, same for Rowlet, Litten and Popplio (of every scene they appear in).--Lordranged7 (talk) 10:50, May 12, 2016 (UTC)

Mind to use {{anime-stub}} template, rather than adding category. It simply points out better the page needs more attention than it would by a category. Energy X 21:23, May 12, 2016 (UTC)

I forgot. Because borders are a concern for me. I just wanted to make sure this wiki meets its image quality standards. I sincerely apologize for this inconvenience. Mrs.red bird #1 girl in the world! 03:04, May 29, 2016 (UTC)

Re Re: Image Concerns

Why did you create Lillie (game) page, when there is Lillie page already? Being said, there is no (game) counterpart of the said character. Energy X 09:17, June 3, 2016 (UTC)

She has more of a probability to appear in the Adventures manga than anything else. Still, neither the new manga nor the next anime have been confirmed yet. Energy X 09:26, June 3, 2016 (UTC)

Try to find something that's suitable for you, like writing walkthroughs of games, for example. That's a suggestion. Energy X 09:35, June 3, 2016 (UTC)

You can still join the role play. Sign up here and follow the instructions. Then post here for the actual roleplay. We try to make sure everyone posts before posting again. Please read the plot as we don't want you doing something wrong. Also, your posts should not be too long. For an idea of how you should go about writing your part in the story see the ones already posted. --Rai 水 (talk) 21:54, July 21, 2016 (UTC)

Made some improvements to your comment, makes it easier to read. Also, when I made that role play, I was thinking everyone starts anew, rather than having already so many Pokémon. Energy X 09:27, July 22, 2016 (UTC)

As said, three in the start is too much. You did want Treecko (which can be obtained in the lab) and you already have Riolu. You can obtain Buneary/Lopunny later on. Patience, don't rush things. Energy X 11:15, July 22, 2016 (UTC)

Re: Orange and Purple

As said before, you can't control any other role play character but your own. If there has to be a Double Battle, it has to go like the interaction between mine and your character. Energy X 22:15, July 24, 2016 (UTC)

Let me put this in simpler words. Make minimal mention of my character. If anything, if it requires my character to be used, at least make a dialogue, like I did. Like this. Energy X 20:52, July 27, 2016 (UTC)

Just to let you know, it has been voted that if a Pokémon species has changed type in a generation/region that a Character Pokémon of that species doesn't appear in, then don't add the new type to the specified Character Pokémon or don't add "Pokémon that had their type changed" either. --Rai 水 (talk) 21:03, July 31, 2016 (UTC)

In the roleplay, I didn't like that you dragged my character (Zoron). I really dislike role players that drag other role players to do an action that didn't want to. Here (e.x): you are in a battle with your friend (both roleplaying). You drag your friend to do an action (such as attacking in the battle). But he didn't want to battle or do that certain action but you focused him too. < Example of dragging. This is how you dragged me:

" The boy walked over to see Torchic take the Poké Puff. " I didn't say I walked to Torchic, but you did. This is dragging:a role player focuses an action to an another role player. This is something I dislike in roleplays so, please remember that.

I was kind of fine with Torchic looking at the Tomato Berry Poké Puff, because he didn't eat yet and you let me choose if I hand it to Torchic or not. But keep that in mind to not drag, which I really dislike.    DaPokeMaster (talk) 08:29, August 10, 2016 (UTC)

It's alright! You didn't cause any trouble. Just wanted to tell about the "dragging". Now let's continue the roleplay with less dragging! DaPokeMaster (talk) 08:56, August 10, 2016 (UTC)

Hey bud, if you'll write up a new line for it, I'll gladly copy and paste it in! :) Ελισάβετ(talk)(εποχή)

Retrieved from "https://pokemon.fandom.com/wiki/User_talk:Flitter2?oldid=849967"
Community content is available under CC-BY-SA unless otherwise noted.