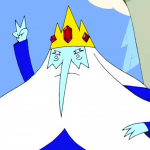 Well, due to your previous edits, I have grated you a place for this week's commentator. You can put your input on the fight here. Energy X 23:43, December 1, 2013 (UTC)

Do I just put it anywhere there? Also on the main page my name is stated to be Fel, can it be changed to fel or ƒel? The spelling of my name usually includes the mathematical symbol for function, ƒ, but I spell it with a lowercase f most of the time so it can be easier for people to type.

That would be good, but I cannot think of a system what could attract people to vote on it; people wouldn't see where to vote.

It is very unpleasing, but it seems we are based on Bulbapedia, primarily that the style is written "XY character debuted in IL041" or somesuch. There has to be a better, much simpler way to have a greater difference from that site. Energy X 14:41, December 23, 2013 (UTC)

Well, not sure if you were around here, but we had about 8 affiliations, the links were posted at the front page. However, one day, it was decided they did not worth much and were removed... Energy X 20:22, December 30, 2013 (UTC)

I farewell here in The Pokemon Wiki? not. But I farewell Adventure Time Wiki. User:XavienAntoniofan/Signature 17:20, January 1, 2014

User of the month

lol really? Thanks then!

We should not close the idea of poke power that new users will replace the old ones cause you know they might never come back but still we can re-start the project for te betterment of this wiki.BlazeFire 09:18, January 31, 2014 (UTC)

What? Could you elaborate, or... maybe link to this discussion you are continuing from?

It was about replacing the old members by new and active members in PokePower project and the disscussion is here--BlazeFire 09:26, January 31, 2014 (UTC)

I am confused... why did you message me that?

You want me to respond to this query? Why didn't you say so in the first place...? x.x

Hi there. I just can't stand Kyurem147 posting deletion tags on the pages that I have created and I can't stand him making everyone on this wiki unhappy like this anymore. Can you please take care of him and tell Energy X to block him for good, please? He just keeps doing it. —Preceding unsigned comment added by DragonSpore18 (talk • contribs)

Please don't block me permentley. I'll stop!!! I'm really sorry for making you, Rainbow Shifter, Felinoel and everyone else unhappy. Can you tell them that? I'll undo everything. All I can do is ask for forgiveness, compassion and a conversation. You're a compassionate guy aren't you? I'm a big pokemon fan and a good one. I swear!!--Kyurem147 (talk) 08:12, February 9, 2014 (UTC)

Hi, just wanted to say that, I put an s in brackets, at the end because it wouldn't allow me to edit the title, plus I know the plural of pokemon. —Preceding unsigned comment added by Ellis99 (talk • contribs)

Please remember to sign your posts with four tilde.

He was one of the characters who were arrested by Officer Jenny in the series, especially in movies. —Preceding unsigned comment added by DragonSpore18 (talk • contribs)

What do you mean why isn't Ash listed? —Preceding unsigned comment added by DragonSpore18 (talk • contribs)

I just added that category because it shows that they aren't shown on the anime anymore. Ash doesn't count as arrested cause he was framed by Butch and Cassidy along with Brock and Todd Snap. —Preceding unsigned comment added by DragonSpore18 (talk • contribs)

Mega Evolution is a new form (aka forme), not an actual evolution.

Hm, I cannot say for certain. My opinion is that it should stay until a better video is found. Considering that there is nobody (experienced enough) who'd do that, I guess it can stay. Energy X 20:06, May 12, 2014 (UTC)

It appears to be gone?

Would you like to become a member of PokéPower, where we can work as a team? Basically, it is an organization (which has not seen much use in some time), so we could always seek new members (Like you!). Your contributions have been recognized, so if you want to become one, just confirm on my talk page. Energy X 00:24, June 14, 2014 (UTC)

What does this entail?

Help out with what?

Not sure what to do though...

I will see what I can do.

Sorry for not responding, you could help out by uploading sprites including the 3D ones too. Ellis99 CODE XANA 18:26, November 7, 2014 (UTC)

Well I never really left, I get emails when something gets edited and I check the edit to be sure they were in good faith.

I don't really have access to images like that plus I am trying to expand things on a different wiki at the moment, I am more of a monitor/patroller and less of a make new articles-er. But what can be expanded on these routes?

Ah I see, the infoboxes? Will take a look at them when I can!

I haven't read the manga other than some of Yellow, sorry.

I don't really collect the cards anymore so I wouldn't have access to that either... /:

I usually do when I find them but mostly I lurk and watch edits.

Sadly, Shockstorm have deleted your video again. Like what Energy said, Go to Shock's talk page and ask him why he put the deletion tag before he deleted it. Nectaria

It wasn't unused though, I used it, also if the issue was that it was in my signature I can change my signature. Also also since the template that was needed to make my signature work was also deleted that means nothing in my signature shows up on every single talk page I edit now.

It still exists, it was renamed as Pokemon was misspelled. If your signature was deleted, I would suggest that you contest it to the one who deleted it. Ellis99 VII & VIII 12:17, November 8, 2015 (UTC)

If you have a problem with deletions of whole articles, I think you should contest those deletions. Ellis99 VII & VIII 13:03, November 8, 2015 (UTC)

Oh, thought that table generated the category for your user page and that category does not belong there. I've corrected it now. Energy X 09:58, January 2, 2016 (UTC)

Retrieved from "https://pokemon.fandom.com/wiki/User_talk:Felinoel?oldid=753020"
Community content is available under CC-BY-SA unless otherwise noted.