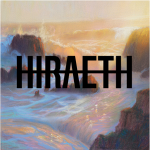 It is about time. Well, I propose a template is being made for him to add the template to pages (i.e. Misty's Gyarados can have a section for TCG). For other cards, like Lucario, I guess he/she can create pages named Lucario (TCG) and add a different template (which also needs to be made) to add moves and list in which Booster Packs were the moves of the Pokémon used. Energy X 16:53, December 15, 2014 (UTC)

I think the ORAS update for that template should be complete now. If it needs anything else, please tell me...... I'm looking towards upgrading move/tm/hm templates, is there anything that you can think of that they need in particular other than being made uniform? Avingnon  (talk)  19:39,12/15/2014  0 edits

Thanks! It's currently a work in progress, I'm making a lot of changes and really trying to work on them so that they all look uniform! Avingnon  (talk)  15:48,12/17/2014  0 edits
That's great but I think the Game Locations template needs a tweak because the colors don't appear to match the type of the Pokémon. Ellis99 CODE XANA 15:52, December 17, 2014 (UTC)
Yes I know that it doesn't currently match the type of pokémon, but I ran into an error in the code, and I had talked about this error with some staff last night. so I'm going to be doing some reworking of the css in order to make the templates put less strain on devices loading the pages of the wiki. c: Avingnon  (talk)  15:54,12/17/2014  0 edits

I've just thought, you should use your bot to change |backcolor to |type on the location templates on every Pokémon page. Ellis99 CODE XANA 19:11, December 17, 2014 (UTC)

I think Crimson should be demoted since he hasn't edited in a year and hasn't been on since July. He could have his powers back if he changed his priorities back to here though. Ellis99 CODE XANA 21:33, December 17, 2014 (UTC)

Since Nect doesn't want to rename sprties and be asked on how to name sprites anymore because she said it was boring. I'll give you the list on the new names of sprites:

Oh and if there are sprites with gender differences, do it like this:

Same as the gender differences, the abbreviated name of the games it first appear in after it too, example, MGarchomp XY and MLopunny ORAS. Ellis99 CODE XANA

Aly of the crook

Hm. I was thinking if some videos of Gym and other battles from the anime could be made. Even if it is included in the plot, it'd be much better if it displays the video, for sometimes words may not describe battles the best way.

Hi Avignon! I'm so excited because the Wiki's birthday is coming soon. It's crazy, isn't it? I checked out of curiosity and found out it is on January 25, and it's not just a year more, it's its tenth birthday! Jellochuu created it 10 years ago. So, in honor of this occasion, I'm working on a wordmark exclusive for the anniversary. The plan is to replace the Poké Ball and create another one with "Happy 10th Anniversary!!!". However, since I don't want to mess everything up, I want it to be examined first, and other users say their opinion if it's okay or if something should be changed or added.

Since it's 10 years, I would like to do some other changes to the Wiki, however, I'm not really sure of what could be. Maybe you can think of something and together we can organize something to make the Wiki celebrate. We could create a forum.

We must hurry up. I've told Energy X and Shockstorm, but I'm also telling Nectaria and Ellis99, as well as more specific help to CzechOut.

Sorry, I didn't know you had blocked Ellis99, so he's out of the list.

Hm, you changed Ellis block. While he should learn his mistakes, I don't thinbk it is wise to block him for a month. After all, he is the newsreporter, just needs some advice. Energy X 10:05, January 9, 2015 (UTC)

I'm hoping that the same incurrence I struck against Kyruem some time ago, will do Ellis good. obviously three days isn't long enough to make him realize he's done wrong, because he's been banned for it three times now. Avingnon  (talk)  14:23,1/9/2015  0 edits

Hey, you saw the message about Lordranged7's patroller request? It may be time to conclude that.

Also, I noticed the Move Infobox, that only ORAS section was added to Gen III. But it is supposed to be a separate section, since it has been changed. I'd advise to make a separate section for ORAS for that reason, as well as to add Gen V and VI moves into it. Energy X 20:34, January 27, 2015 (UTC)

(This is in response to this message)

We've had a long-running problem here with these two users deciding to use other wikis to discuss Pokémon Wiki-related matters behind everyone else's backs. This latest message (and attempt by them to spread false information without any rebuttal) has been ongoing, as you can see from here and here. I've told them that this isn't acceptable or professional at all, but they haven't listened.

As to Nectaria's complaint, this is what has happened:

Aye, they need to be. The candidates for deletion are unused redirects, categories and images. Others, however, are pages that have been moved, though their links need to be corrected. Energy X 16:57, April 18, 2015 (UTC)

Hello I'm making a template for the dutch pokémon wiki. But is there a way to remove the whitespace that appears under a template when you use it. I'm using a template in a template and that extra space messes it up. Thanks in advance Jantje132 (talk) 15:39, April 27, 2015 (UTC)

Well, I have not seen much of Yoponot as of late, must be busy. So yes, it would be wise to have the old Twitter account enabled.

As for password, you could post it on one of my e-mail accounts, jakovic.ciglarev@gmail.com. Don't worry, I just use it to store any trash messages, but in events like this, it is certainly needed. Energy X 15:47, April 29, 2015 (UTC)

Also, what do you think, should we start separating more pages, like:

Basically, I'd prefer if we start moving certain sections and create pages for anime counterparts rather list the info on game counterparts. Energy X 21:02, May 15, 2015 (UTC)

I don't think we should. I mean it's same character's pokemon anime or manga. I think it be confusing and be to much work. I think they should stay the way they are. Anime and manga together a unique concept. Frankly it be a lot less trouble for us. I speak for us and wiki.--Kyurem147 (talk) 21:34, May 15, 2015 (UTC)

Well, I don't know about that. If that would be applied, why do we have pages for Adventure counterparts, or even May's Blaziken (trailer), when that page could've been merged with May's Blaziken? Plus, it does not even need to be that reason: say, you have Pryce, who was a minor character in anime, while in manga he was the main antagonist. So it should make more sense to move sections and separate them. Besides, I believe it is more professional that way, plus it gives article readers more "freedom" so they don't have to scroll through anime information when they have to read manga info. Energy X 21:50, May 15, 2015 (UTC)

Got a point on blazkien, but I don't a thing the Adventure part manga out of my reach. I don't doubt you (or Lordranged7) manga expertise, but wouldn't that be too much work having to do all that rename and adding? I mean there lots main/gym leaders pokemon. Separate pages of the same pokemon with different role from a movie or episode makes sense (like Regigigas), but of the characters pokemon I just don't thinks it's right.--Kyurem147 (talk) 22:18, May 15, 2015 (UTC)

Hello, Can I Ask How You Change The Color Of Your Username "AVINGNON" Into Orange ?

Hi there. You see when you click on the little number of a reference and it takes you to the bottom of the page where the reference is? Well, I've seen on other Wikis that when you do that, instead of taking you to the bottom of the page, a little window pops up showing the reference. I was told maybe you could help me change that. Do you think you can? Icy Flasher (talk) 22:49, August 1, 2015 (UTC)

Hello Avingnon, I was talking to EnergyX about an Ability Infobox an he disagreed with me on making one. Personally I think it'd be a good addition with the abilities being a prominent part of the games. Something just to include it's generation of introduction, it's type (if one), the text in-game, and a more in depth description. Also to include whether or not it's affected by Mold Breaker. I just don't really get the whole makeup of Templates and tried my darndest on the , but I was hoping you could help me create one.

Troll on this wiki

And I am here lol

I just took a look at the forums and noticed they haven't been updated to the newest (and imo most user-friendly)version.  Whether this is due to ignorance, laziness, or the forums taking the backseat in community life I don't know.  I'm an admin of (debatably) five wikis and I got these positions usually through experience as forum mods on those wikis.  Although I don't know the first thing about wiki coding I'll try, with your permission, my best to spiff up the forums.TheMindOfMadness (talk) 17:23, September 15, 2015 (UTC)

Never mind.  I don't have any coding skills to do what I was suggesting and it wouldn't be relevant here as the forums aren't a priority.

Excuse me, is this the right person to ask? I am from the Pokemon Adventures wiki and also I have never edited a wiki which doesn't have Pokemon related templates, may I please use the templates from this wiki such as the ones where you list Pokemon and Manga volumes in (Such as the template Animee Pokemon or whatever it was called I have it Ctrl+C'ed but it's long..) oh and Energy X edits there too!Superqami (talk) 14:59, November 3, 2015 (UTC)

Hello, I Would Like To Ask Where Did You Find The Voice Casts For The English Dubs (Like 4Kids & DuArt) ?

Hi there, I was thinking that when you have spare time, you could make more videos for our YouTube with vids on how to do things here and how to create. Ellis99 Volcanion 21:24, January 23, 2016 (UTC)

Hey Can You Help Edit This Wiki Thanks:

Retrieved from "https://pokemon.fandom.com/wiki/User_talk:Ephemeral_Hiraeth?oldid=967014"
Community content is available under CC-BY-SA unless otherwise noted.