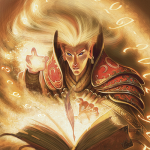 I just had an idea to add a page for the move errors in the anime. I thought it might be an idea, but I'm getting your permission first in case it gets deleted or if it has some bad editing. Mind if I do it? TheWikiOddish (talk) 20:46, March 10, 2018 (UTC)

Alright, I was also wondering if I could add "Type Explanation" in Pokemon articles, like to explain why they have their type. TheWikiOddish (talk) 22:15, March 10, 2018 (UTC)

Ok, I might work on that, but I can't really translate and I haven't gotten any links of translations. I also don't remember the characters names often (except for obvious ones where I can tell by appearance). I think I might do Lusamine, Guzmal or Hau next.

It is strange that thee have not taken any actions on Trainer Ellen, who is, by my opinion, liable for a ban. Please do so. We don't want idiots like him to plummet Discussions.Shashank Singh 12:56, March 13, 2018 (UTC)Shashank Singh

User apologized for whatever he/she did. So, the ban is not necessary here. Sasake Haise

Hello there! We have a strong doubt on a user 'Gary the Trainer!' that he's Titom Roy. Titom Roy is a guy, who did make more than 5 alts (Titom Roy 2017, Professor Sycamore!, Legend Sasuke Uchiha, Legend Trainer 02 and one more, I'm forgetting its name) And now, this 'Gary the trainer!'?! It's really too much. Some other complains about that user; He's been copying other user's styles, Showdown battling techniques and a lot more! He did lie many times regarding his drawings (he did copy drawings from internet and shared here) once, you did give a warning that was 'if he repeats, a block is necessary'. I'll take help from other mods, who knows his real identity. You know, if he changed his email and username, still, We catch him, his behaviour. I'd say, please ban his other alts and this account which he made by lying. I did send you evidences via screenshots. About staffs actions, we don't really know whether they accept those screenshots or not. And, I'll tell you everything later in DM of discord how many alts currently are running in fandom. Sasake Haise (talk) 04:46, March 17, 2018 (UTC)

can we update the wiki to start using message wallsim a person who believes that with my help fandom could get better (talk) 19:15, March 17, 2018 (UTC)rogue maltron

Its.me rogue maltron um so have we officially launched the category cleaning squad

User (Check out Ad-guy1 - Clash Royale Funny Moments on Pokemon. http://pokemon.wikia.com/d/u/35022900 ) has caught spamming in Fandom in each and every post, taking advantage of Off topic posts and spamming. Playing 21 dare games even after getting banned by me, and saying people to make nonsense posts. Insulting moderators. I'd suggest a strict action on him is needed. Sasake Haise (talk) 12:12, March 19, 2018 (UTC)

After reading what they said i have to agree with them, So you know and can you take action on him reason i saw the spamming which was deleted along with the rude behavior which was against us as mod's so you know and mind taking action on him, thank's i'll be around if you need something i'll chat with you later okay so you know as such.Trainer Micah (talk) 16:23, March 19, 2018 (UTC)

Um can we replace the article Ash's charlzards categories from fire type in anime to fire type pokemon this would help users navigate betterim a person who believes that with my help fandom could get better (talk) 18:37, March 20, 2018 (UTC)Rogue maltron

Ok, thanks for the info. I might revise such things in the future if I go a little research. I was also going to include the Trainers Choice for the Advanced Battle series since, even though it was improved, there are still errors (like that one time it said Arcanine would be good against Kirlia even though Kirlia wasn't Fairy-type back then). Sometime, I might redo the editing and check type resistance first. TheWikiOddish (talk) 15:10, March 25, 2018 (UTC)

Abhi124 is threatening moderator Sasake Haise,is again spamming,is provoking users and is acting completely rude. He has established his non usefulness in the Fandom. He is an Indian, a 24 yr old IITian who falsely states he is Japanese. He needs immedeate action, probably a longer block, a month or an year!Shashank Singh 10:21, March 26, 2018 (UTC)Shashank Singh

That was already discussed during season 20. If the episode's English title has been released, the listing that released it has always contained the season's title and is confirmed to be included in the season. It's about whether it will be included in the season when it premieres in the US, not so much about if it has already been released in the English version of the series. If the title's released, the season it is in should be as well. Sometimes it lists the episode's production code (the 3-to-4 character digit Dogasu has stated here) like you see on some of the toonzone posts (such as 20-01 for "Alola to New Adventure!" etc. such as on this list I obtained from someone who manages the schedule listings for Disney Channel, Junior, and XD). And yes, sometimes there are listings that don't mention the date - even TPCi assumes they'll air weekly as you can see with that SM043 air date mistake the pokemon.com news section listed, it's about if the network wants to send out the info on the date, though if the episode has a production code listing which season packet it's distributed under and the number of the episode in such season (or if it's a special), then it's real. And no, the wikia does not list guessed english titles that don't come from anywhere and are simply made up by someone guessing what the title will be - they always come from a listing of the episode on a network listing such as on zap2it/Gracenote/the official Disney XD or Pokémon websites/obtained firsthand/etc.. PokémonGamer* 22:23, March 29, 2018 (UTC)

If we don't do diet, then how come its there for a load of others like Pachirisu?

Ok thanks. I'll move it to a section with personalities.

Mind if I ask why you reverted my edit on James' Weezing. I thought it would look better if the images of Wezzing's forms were closer together. TheGreenBeetle (talk) 17:14, April 4, 2018 (UTC)

For your urgent attention

There are actually more art posts that he did that are copied in a similar fashion but I hope the above is sufficient for you. Also, the moderators have already warned him at least 3 times before not to post any stolen art, so he did this knowingly and broken the rules willingly. Having trawled the internet for these pics, I can safely say that http://pokemon.wikia.com/d/u/35044045 has, at the very least traced/printed these line art and just did some colouring on his own, and proceeds to sign off on them to claim them as his own colouring AND drawing, without proper credit to the line art published by the original creator. Hence, I believe that this is sufficient proof to ban him from the Fandom. I have also reason to believe that this is actually Titom's alt, since both users have similar behaviour and actions. Therefore, I hope you will consider my recommendation to ban http://pokemon.wikia.com/d/u/35044045 from the Fandom on the basis of his art theft and alt account. Thank you.

There is a user by the name of FOXPOPPIN that constantly trashes pages and has even stated that the wikia is a cash-grab for donations and that it sucks. Plz either warn or ban him from the wikia. Thank you. TheWikiOddish (talk) 01:10, April 11, 2018 (UTC)

Hes back and hes spamming. Hes under the name of FXSPLOSION now. Plz ban him quick. He'll probably create another account and spam the wiki another time. TheWikiOddish (talk) 00:45, April 12, 2018 (UTC)

Hey there Energy, its me again. I have a few questions:

1. How do you upload a gif format? (I still haven't figured it out)

2. Can you share videos on discussions even if they are not yours? (I know they must be Pokemon related, but can you do this and say that you don't own it?)

3. How can you get a higher rank on the wiki? (Like trying to get upvoted to admin or something)

4. How can you ban people? (Because I've witnessed some stuff and I really don't want to wait and ask you guys).

5. How do you delete a page (just in case some user like FXPOPPIN comes back).

Hello Energy, I have a complaint.

I posted a picture of a Hex Maniac on the respective article (which didn't have one), but I find the next day that it was deleted. Why? It was the trainer battle art from X and Y, and I believe ORAS as well. What was the reason behind it's deletion? Just curious.

Currently having a problem with the page Ash's Hawlucha. It has this strange "extra table" for moves when I edit it. If you go to the page it should be there. If not, I think its a me thing.

I am Vedant(RedMaster3011) I apologized to that user. I thought I should apologize to you also.

Can you do take action on SeaMonkaDoofer seems he's vandalizing pages and spamming who knows what can you take action on that user thank's..Trainer Micah (talk) 03:43, April 18, 2018 (UTC)

Taken care of nevermind i'll let you know if i spot anything else that may/might happen so you know as such anyway.Trainer Micah (talk) 04:21, April 18, 2018 (UTC)

Hi, Energy X. Can you please block this two users? It's been adding nonsense stuff and the other false information.http://pokemon.wikia.com/wiki/Special:Contributions/Demontar?useskin=oasis http://pokemon.wikia.com/wiki/Special:Contributions/Blokboy?useskin=oasis--Jokeman20 (talk) 11:45, April 19, 2018 (UTC)

How can I create a blog post????? I really wanna write one. —Preceding unsigned comment added by Ninjakai6478 (talk • contribs)

A picture of my character, Salad, was deleted when I was adding it to my bio. Why was this?

Yep, that's the one. Thanks for restoring it.

Hey, I hate to bother you, but I've tried Source and Visual Editor and both kinda have problems. Do I need to adjust something or is that natural? Also, I'm sorry for any messes I've made, but I'll try to remember viewing a pages history to police my own edits. I know how annoying cleaning up wikis can be. Any advice would be helpful. Zane T 69 (talk) 21:53, April 25, 2018 (UTC)

Sir, check this user by the name Komathi Saravanan,he insulted Pandurang Patankar in the offtopic posts, didn't accept his mistake, and even went on making a seperate offtopic post, giving lewd rules. I have decided that as a punishment, all his replies shall be deleted,if they are to be posted in Offtopic. I want your approval. I suggest that he be warned. Shashank Singh 12:01, April 29, 2018 (UTC)professorshashank

I would really love to hear your opinion on this. If you like it and accept it, I will gladly do the rest of the Alolan forms in the same manner. If you do have any other suggestions for this, I'm listening.

It seems to work only if I use both of them together i.e., |SMUSUM|. That is a problem as the majority of the tutoring moves are from the version USUM, with only a few from SM. Silent Songbird (talk) 04:59, May 6, 2018 (UTC)

Recently, I have been on the wiki's discussion postboard and have seen a lot of activity from Gd 85. He has already gotten about 3 of his posts taken down (or more, I don't know how many). Also, telling from his profile picture, he might be too young for the wiki (unless thats not him and we have another problem). He also seems to not understand the concept of the wiki and has made no edits and often riddles others questions with false info (he also gos on the Pokemon Encyclopedia game page and puts nonsensicle things). For now, I'm not saying you should ban or kick him, just please check up on him (it kinda annoys me). TheWikiOddish (talk) 15:28, May 6, 2018 (UTC)

Hi thanks for warning me and sorry about the problems

Retrieved from "https://pokemon.fandom.com/wiki/User_talk:Energy_X?oldid=1050882"
Community content is available under CC-BY-SA unless otherwise noted.