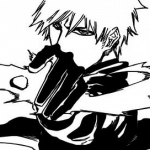 aka The Shadow Watcher

Welcome to our wiki, and thank you for your contributions! There's a lot to do around here, so I hope you'll stay with us and make many more improvements.

Recent changes is a great first stop, because you can see what pages other people have been editing, and where you can help.

Questions? You can ask at the Help desk or on the "discussion" page associated with each article!

Need help? The Community Portal has an outline of the site, and pages to help you learn how to edit.

Please sign in every time you edit, so that we can recognise you!

I'm really happy to have you here, and look forward to contributing with you!

Please stop changing the Japanese names of Cilan and his siblings. This wiki uses the Japanese names Poddo, Koon, and Dento, like Serebii and Pokejungle, and not Pod, Corn and Dent. Crimsonnavy (Talk·Contributions) 20:16, February 5, 2011 (UTC)

We do not use those names and please do not insult users by calling them nitwits. Crimsonnavy (Talk·Contributions) 03:16, February 6, 2011 (UTC)

I think you should read my reply to your comment on the page "Pokemon is for wiredos" and I would hurry before it gets deleted, but you would know that if you'd read my comment before I wrote this.

I created a template like you wanted, see my sandbox for its usage, it may need to be modified, so leave me a message if you need it changed. Crimsonnavy (Talk·Contributions) 00:04, March 28, 2011 (UTC)

Sorry for the late reply. As Wattz said on my talk, they were removed due to the community consensus here. Since I know you worked on them so hard, I copied the blogs here so you can see them:
RSDS

Retrieved from "https://pokemon.fandom.com/wiki/User_talk:Darknesslover5000?oldid=533057"
Community content is available under CC-BY-SA unless otherwise noted.